Holmes County is a small rural county,” explains Raymon Thomas, Executive Director of the Holmes County Development Commission. “We are 480 square miles located midway between Tallahassee and Pensacola in the West Florida Panhandle.”

Holmes County is also the central county of northwest Florida, and although it is a rural county, Holmes is not far from modern urban facilities. Interstate 10 and US Highway 90 lead east to Florida’s capital city of Tallahassee and west to the city of Pensacola. Each is no more than an hour and a half drive away. Highway 79 South is a 30-minute direct route to the “World’s Most Beautiful Beaches,” and Highway 79 North leads to Dothan, one of Alabama’s fastest growing cities. 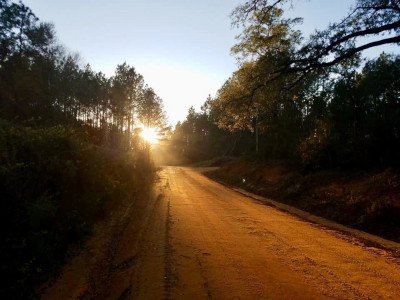 The good people in Holmes believe that no area in the South affords finer facilities for boating, swimming, fishing, and water sports of all kinds, than the beautiful lakes and streams of Holmes County and nearby resorts on the Gulf of Mexico. The area is a paradise for hunters, too, with plentiful deer, wild turkey, ducks, and small game.

But most importantly, Holmes County is also a business-friendly community, welcoming new and expanding businesses to the area. The current economic drivers for the county are the medical field and a Department of Corrections facility. There are five small, precision machine shops as well. But all of that is about to change.

“Highway 79 from the Alabama line to the Panama City Beaches has been in the process of being four-laned all the way to the beach and it crosses our county,” says Thomas. “It should be completed in the next four months. They have been working on that for about three years, and since it has gotten well into construction, we have started getting a lot of inquiries from folks who want to put businesses along the corridor. And so, being a rural county and having very limited resources, we wanted to do something that would be unique, so we looked around and decided on an ‘Eco-Industrial Park.’”

“As we spent some time looking into it, we realized that it fit our area better than anything else,” Thomas continues. “Our park will be based on sustainability. The companies that we are marketing to will be interested in sustainability, their products will be for sustainability, and the park members will work in cooperation with each other so that there will be no landfill debris; it will all be recycled within the park or marketed as a product that can be used from outside the park.”

The Holmes County Development Commission is a special district created by the Florida legislature back in 1959, but with no dedicated funding source. The county had the option of funding it if it had surplus funds, and at that time, the U.S. Department of Agriculture was making loans for land purchases, so the Development Commission purchased 500 acres. For several subsequent years, the Commission was supported by timber sales from the property.

“And then, a few years ago, there was Jim Fowler’s Wild Kingdom, which was on TV and had a place in Albany Georgia,” Thomas recounts, “and they were going to build one here. At that time – this was more than ten years ago – it was prematurely announced and big speculators came in here to put options on all the property within 15 miles of the intersection. And so, the Development Commission had an opportunity to sell the 500 acres which was near it, and they have been existing with the use of those funds, and the interest, which is the money we are using to build the new industrial park.” 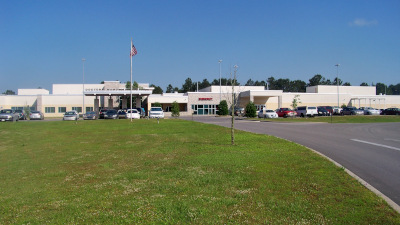 “The engineering has started on the park already,” Thomas reports, “and we have had some of the environmentals and part of the ecologicals completed. We have one company that is committed to come as soon as we can get it to where they can get roads in there and start construction, with a planned 75 employees. We think that by the end of the year, they’ll be starting that. We have two other companies that are interested in coming, already, because they are going to be using the product that the first company makes. Now, we also have some other industrial parks in the county; one on the west side of the county that is a smaller park, and we have two prospects that we are working on, on that site, as well.”

As Thomas puts it, “Things are fixing to break loose here.” The Commission is just starting to market the park, having recently received a grant from the Florida Department of Economic Opportunity and Enterprise Florida.  The strategy will include internet marketing, email mailings to targeted lists of companies that tend to fall into the categories of sustainability, and then, followed up with hard mailers. Next, it will turn to site consultants and those who are interested in this type of development.

“Because we are a small county that does not have any funds, the incentives we can offer are limited,” Thomas opines. “But there are a lot of incentives the state offers, and along with that is the Ad-Valorem Tax Exemption which is available to new, expanding, and existing businesses. We give them 100 per cent exemption up to ten years, based on the number of employees. That is the way it is set up right now; we are trying to get it changed to a straight 100 per cent across the board.”

Thomas says he does not have the figures on economic impact yet, but plans are well on their way with the desire to have the park completed and ready for occupancy by the end of the year. Current commitments are already in the neighborhood of $300 million worth of investments.

“I believe it will be a major change,” Thomas says. “Currently, because we are so close to the beach in Panama City, much of our population comes from workers down there who cannot afford housing. We probably don’t even have 15 vacant houses that are available right now, but we have two companies that are seriously looking at developments to build workforce housing. We have the land located already and they are just working out their processes right now. So much is going on that we have told our local board to fasten their seat-belts.”

Offshoot development from the business park not only includes housing but also other types of infrastructure. For example, Holmes County has a small general aviation airport with a 5,600-foot runway, which is at capacity and is currently expanding hangar space. 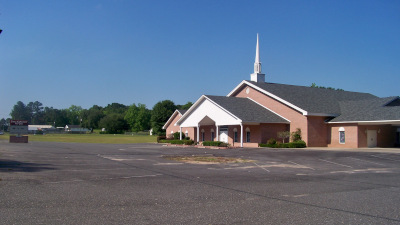 In addition, the Holmes County Board of County Commissioners has purchased 56 acres of land to build a new government center. “We have been scattered in about six different buildings for years,” Thomas avers, “and they purchased the land two months ago and are drawing up the plans now, to build a government complex. In those plans they are working on the idea of an events center and an evacuation center because we are on the evacuation route from the beaches. When there is a tropical storm or a hurricane announcement, you can’t drive down the street here for traffic from people trying to get out of there. In fact, the last time there was a major one, they closed all the southbound lanes and had everything coming out of down there, using all the lanes, and it was backed up for 24 hours.”

Thomas recently announced that three entities, Holmes County, the City of Bonifay, and Washington County, signed the final agreements to establish a new commercial corridor tentatively called “The Highway 79 Economic Development Corridor.”  It consists of a two-mile stretch and includes 1549 acres. It has received grants totaling $2.8 million, and engineering and planning for wastewater and sewer infrastructure has begun. Marketing will begin, soon.

This rural county that bills itself as the “crossroads of Northwest Florida” has changed its branding to “The Green Gateway to Northwest Florida”, and is set to expand. It is hoping others will see the opportunities available. Or, as Thomas puts it, “Come be a part of something special; after all, there’s no place like Holmes!”

Check out this handpicked feature on Haldimand County, Ontario – A grand experience.

WHERE: Located midway between Tallahassee and Pensacola in the West Florida Panhandle 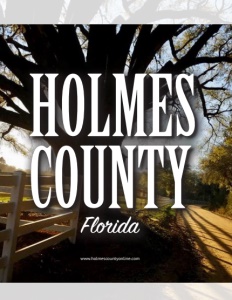