Founded in 1639, Taunton, Massachusetts is one of the oldest towns in the United States, with a history both fascinating and enviable. The settlement was named after the English town of Taunton to honor the origins of many members of the community. The Massachusetts town’s founder, an influential woman named Elizabeth Poole, has become known as the matriarch of Taunton. Along with the purchase of land, Poole financed many of the town’s earliest efforts, including the first dam and mill. She also owned shares in the ironworks and was a founder of Taunton’s first church.

In 1774, the community erected a 112-foot liberty pole and proudly raised the Liberty and Union Flag, symbolizing their revolt from British oppression. Taunton was the first to make such a bold statement, and the city still prides itself on this historic moment, commemorating it in an annual Liberty and Union festival. Incorporated as a city in 1864, Taunton enjoyed much success in the 19th century. The community was known for its production and manufacture of iron and silver goods, and was a popular shipping point for grain from the farms of Massachusetts via the Taunton River. The introduction of a railroad added to the city’s importance as a transportation hub, its central location making it ideal. Today, Taunton is a thriving community with a population close to 58,000.

Known as the Silver City, Taunton has a long history of silversmith operations, including Reed and Barton who operated out of Taunton for over 200 years. The city was also home to FB Rogers and Poole Silver Company. The Old Colony History Museum keeps the silver history alive, displaying a variety of silver artifacts among its historical treasures. Other items in the museum’s permanent collection include New England decorative arts, textiles, and military memorabilia, as well as printed material relating to the genealogical and historical background of Southeastern Massachusetts.

Today, Taunton embraces a variety of business sectors including high tech, manufacturing, warehousing and distribution centers – with many offices and production facilities located at the 1029-acre Myles Standish Industrial Park. This industrial campus employs more than 8000 people, with only a three percent vacancy rate. Notable tenants include General Dynamics, a global aerospace and defense company; Martignetti Companies, the leading distributor of wines and spirits in New England; and Waters Corporation, an analytical laboratory instrument and software company. “The Taunton Development Corporation was formed to help grow, promote, and develop the industrial park over the past few decades, and they have done a tremendous job,” says Taunton Mayor, Shaunna O’Connell.

Lou Ricciardi, TDC President, noted the 220 acre MSIP expansion area has three lots remaining in the Business Park at Myles Standish, ready to build with full City services including fiber optic. On I-495 between Route 24 and I-95 MSIP is home to a variety of manufacturing, distribution, and service companies. 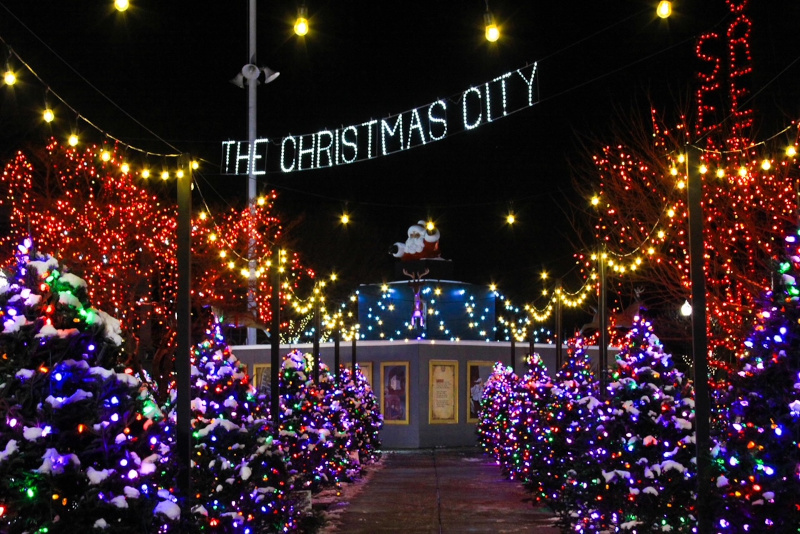 The city has partnered with Bristol Community College (BCC) to create a diverse and ready labor force. Understanding the needs of companies and working with the college to meet these needs has been a successful way to develop a workforce based in Taunton and to entice new companies. Bill Roth, Executive Director of the Office of Economic and Community Development, explains, “The college is part of our marketing when we have a new business come in. We ask them about their workforce needs. We utilize BCC as an excellent partner in the community. One thing we have learned is the labor force in Southeastern Massachusetts and in Taunton is changing. We need English as a second language training, and more skills training.”

The Justice Resource Institute (JRI) is another valuable support organization for residents of Taunton. The Institute specializes in social justice, and offers diverse programming to meet different needs of underserved individuals and families in the city. O’Connell shares, “JRI provides an array of vital services in our community, including special education for children and support and resources for women. They have been a vital partner in helping to lift people up and keep them safe.”

A great boost to the community during the pandemic was the opening of a new Amazon facility in Taunton, employing several hundred people. To attract other new businesses, the city is working with the owner of the recently closed Silver City Galleria Mall property to develop that 130-acre site. O’Connell reports, “There hasn’t been a formal announcement, but the most likely use is going to be some type of warehousing distribution center. There are over a million square feet that will be developed, between four different buildings.”

Plans are also underway for a new commuter rail train station, expected to be completed in 2023, that will connect Taunton to Boston and the South Shore. According to the Mayor, “It is a great opportunity for Taunton, for people to come into our city, and for our residents to use public transportation to go to jobs outside of the city. One thing we see is people that live in cities are choosing to move to more rural areas outside of Boston, and Taunton is becoming a choice location because we are very affordable. We are a bit of a larger city and we offer a lot of services and recreation and entertainment.”

Housing development is also on the agenda, as the city anticipates more than 600 mixed-income units to be built in the next five years. “One thing that is really exciting is a $20 million housing development project in our downtown called Union Block,” says O’Connell. “This is hopefully going to be underway this summer with 38 units. It is a historical building in need of updating. The brick structure will be rebuilt to historic standards to maintain its character. The top two floors will be residential and the first floor will be occupied by local business owners.”

Downtown Taunton offers a diverse experience for residents and visitors to the city. In the midst of walkable streets and historic buildings is a variety of local restaurants and shops, including the Old Colony History Museum and the District Center for the Arts. Downtown Taunton is also home to the Business Improvement District (BID), a non-profit, collaborative organization established in 2010 to maintain and revitalize the downtown area. The group consists of property owners working together for the betterment of the city’s central business district.

“The businesses joined together and saw the need to make themselves stronger and more viable. They created this business improvement district, which has been wildly successful for the businesses, and an incredible source of programming and events,” reports Roth. The city also offers incentives, such as a rent rebate program that offers new businesses $7500 in rental assistance over a two-year period and was the winner of a Massachusetts Innovation Award. “We saw a need,” says Roth. “Some of the stores had been vacant for a while, and we wanted to re-energize and revitalize. We created this rent rebate program, which is a small subsidy, but it has been enormously successful. It really has sparked that small mom and pop business to come in. That’s the economic generator we want to see.”

Taunton Municipal Lighting Plant has been providing energy to the city for more than a century. The publicly-owned company allows for affordable electricity rates for residents and businesses in the city and is currently focusing on green initiatives, with programs such as Go Green that offers customers the opportunity to have their energy come from 100% renewable energy sources. Other green initiatives include appliance rebate programs, an electric vehicle program, and home energy audits. The city is also working on providing electric vehicle stations throughout the community, as part of their own green initiative. 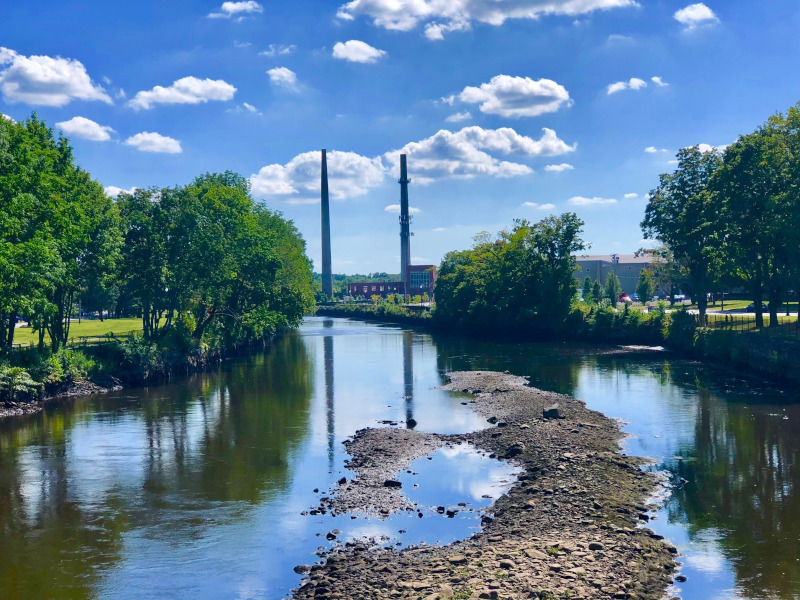 “Our Grants Coordinator has been working with the Department of Public Works, Taunton Municipal Lighting Plant, and our IT Department,” says Roth. “Our goal over the next several years is to outfit every municipal parking lot with pay stations for electric vehicle charging, which is exciting.” The city has also introduced a program called PACE, which stands for Properly Assessed Clean Energy. The program provides financing for existing business owners who want to make their buildings energy efficient.

Designated a scenic and wild river by the National Park Service, the Taunton River has recently seen some care and attention following the removal of a contaminated 54,000 square foot mill building. The city was able to complete this project with funding from the Environmental Protection Agency (EPA). Roth explains, “We have turned the area into a Riverwalk park and a boat ramp. It is one of the first true public access points to this newly-designated river, and one of our crown jewels. It was finished about four years ago, but it took seven years to secure the funding, remove the mill, and partner with the EPA.”

The City of Taunton is a diverse community, rich with history, and perfectly positioned for growth in Southeastern Massachusetts. Mayor O’Connell sums it up well: “Taunton has always been a desirable destination because of our great location, our affordability, resources, entertainment, and recreation. As we work toward implementing our Master Plan, we will continue to revitalize our downtown and our neighborhoods with business development, housing, and recreation. And we will continue to improve our municipal operation, so we have a 21st-century government that provides superior service to all our residents. The City of Taunton is a great place to live and work, and the improvements and updates we have planned will ensure that we continue to be an appealing and welcoming home for businesses and residents.”