A ‘powerhouse’ for business

“We are a regional powerhouse when it comes to our industrial, our distribution,” he says. “In this area, we have over 800 businesses with almost 30,000 employees.”

Located at the gateway to Rutherford County and 25 minutes from Nashville, the city of 43,000 is gaining steam, thanks in part to its ideal location. 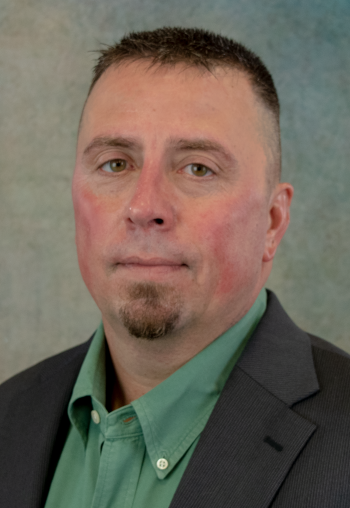 “We attribute a lot of it to where we sit in proximity to Nashville and its growth, but also our proximity to three major interstates in the I-24, I-40, and the I-65,” Broeker adds. “From here you can get just about anywhere very quickly in the continental United States. That’s made us a really sought-after destination to have a business here.”

La Vergne has attracted the attention of some big-name companies in recent years, including Amazon, which has set up both a distribution hub and a sortation facility in the area. ICEE, the maker of frozen beverages, also recently relocated its corporate headquarters to La Vergne from Orange County, California. Home entertainment distributor Ingram Entertainment and healthcare services company Cardinal Health both have a large footprint in the city, having corporate and distribution centers in La Vergne.

A new one-million-square-foot, multi-tenant industrial warehouse, and distribution center are currently under construction along I-24, which will bring in even more businesses to the area. HighPointe 24, as it’s called, will become home to some “major companies,” according to Broeker.

“We are under an NDA so we cannot speak to who is coming, or at least interested in the area, but it is filling up quickly,” he says. “If we had more space, quite frankly, we could fill it up.”

Not only is the city’s business count rising, but its population is also, too. Broeker estimates that La Vergne will continue its path of growth into the mid-60,000s, if not more, over the next decade. To help with the rise in population – and to generate more tax revenue to pay for it – La Vergne is turning its focus to adding new commercial projects to its city limits.

“It’s important to us to develop that sales base so we can get the sales tax to grow, but grow in quality and grow to the standard that we’d like to enter in the future,” Broeker says.

They’ve got numerous projects underway that will include grocery store anchors, grocery concept stores, sit-down restaurants, and other types of retail.

Membership warehouse chain BJs Warehouse has already broken ground across from the aforementioned HighPointe 24. This will be the first BJs location in all of Tennessee.

The city’s growth is being seen in housing, as well. La Vergne’s South Waldron area is seeing the most growth, with somewhere between nine and 11,000 homes being built. Even more commercial development will accompany those homes along Waldron Road.

“You’re looking at your grocery stores, your neighborhood service,” says La Vergne Mayor Jason Cole. “And for residential development, we’re looking at a combination of properties being developed as a single-family – probably the bulk of it, and then you have some multi-family there as well. Our pricing starts at around $350, 000 and up for these new homes.”

If it sounds like the city is moving at a rapid pace – it is, Broeker says.

“I have worked in some capacity for the city since about 2010 and I can say now, this is the hottest we’ve ever been in terms of our growth,” Broeker exclaims. “We are a sought-after destination.”

On top of its prime location, La Vergne has many other reasons that are attracting people and businesses to the city. For one, the median income is $20,000 higher than the state average, and then there’s the quality of life. 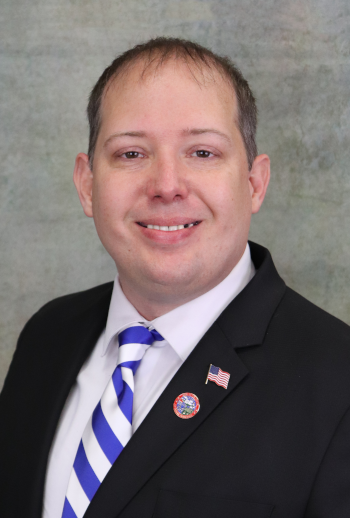 “This is a great community,” Cole says. “We’ve got jobs, lakefront property and we’re nestled right in a good area here in Middle Tennessee. We have lots of opportunities and overall, the individual community itself, we all pull together and we have different activities and events. That really makes La Vergne, La Vergne.”

On any given weekend you can find a host of events taking place across the city. Every fall they host the annual Old Timers Festival, which kicks off with a parade through the heart of the city and ends at Veteran’s Memorial Park for a craft and vendor sale, food, and live musical performances. The city recently hosted its Howl at the Moon 5k race, the first and only nighttime 5k race in the state, which attracted hundreds of people from all over the Nashville area.

Cole credits both the Parks and Recreation Department and the La Vergne Public Library for helping to keep residents entertained with activities and events all year long.

“The library essentially has events from age zero to 99,” Cole says. “They have everything from arts and crafts to painting, Lego playing, take and make crafting, story times, magicians, and puppet shows, all at our public library.

“At the same time, our parks and recreation department does some amazing events all throughout the year, whether it’s our block party, which is our signature event, they do the Old Timer’s Festival, our Winter Festival with a parade. We also do a Veteran’s Day Program, Martin Luther King Day program. We have lots within our community and it’s something that helps bring everyone together.”

Major holidays are celebrated in the city with an annual Independence Day celebration, Goblins and Goodies event for children and a Zombie Night at Halloween, and a plethora of activities to ring in the Christmas season.

“We have a Christmas parade where various civic groups and sometimes just residents decorate their trucks and their cars and they bring them down to the Christmas festival,” Broeker explains. “This year they added an actual ice rink, which was a big hit. And they’re looking to expand this year.”

The city also regularly hosts smaller events throughout the year, including Movies in the Park,senior center events, and hosts tournaments utilizing their inline hockey, football, and baseball facilities.

“There are events running all throughout the year,” Broeker says. “Our parks and recreation department does an excellent job. I don’t think you can go a weekend or two without something else that they are providing.”

When there aren’t events going on, La Vergne still has much to do when it comes to recreational opportunities. The city sits along the 14,000-acre Percy Priest Lake, which offers opportunities for fishing and boating. Then there’s the aforementioned Veteran’s Memorial Park, which is the city’s largest park. It recently received a $200,000 upgrade to its playground space. It also has a recently renovated basketball, tennis, and pickleball courts, skateboarding, a walking trail, pavilions, and “probably the finest baseball fields in the country,” according to Cole.

As the city continues to grow, residents and visitors alike can expect to see even more from La Vergne. While the city doesn’t currently have a typical downtown city center area, plans are in the early stages to remedy that.

“We certainly have some visions,” Broeker says. “It would be along Murfreesboro Road because of the amount of land and where we see the interest is from retailers from business and where people want to do multifamily. It runs adjacent to our park and we feel that would be the most desirable for the future.”

While La Vergne was incorporated as a city in 1972, its roots go back to the late 1870’s, so there is some history there. Taking care to preserve that history while allowing for growth is something La Vergne is taking seriously.

“This area certainly has its share of history whether it be Civil War battles and so on,” Broeker recounts. “We sit along the Trail of Tears so there is some great history here and we are going to try and preserve that, but at the same time, moving forward and developing what most towns have as a city center or a place where people can say ‘Hey, that’s La Vergne.”

As La Vergne heads towards the future and its continuing growth, Cole says his number one goal is to see more retail and additional development.

“We need both to attract new retail,” he says. “Our residents are clamoring for sit-down restaurants and at the same time we want to help our existing businesses grow and expand.

“The other big item that we have is our infrastructure. We need to make sure that we are not just maintaining our infrastructure, but keeping pace with the growth of our city and our population to provide services that our residents need and expect.”

Where: Rutherford County in Middle Tennessee