Portage la Prairie is a small city in the Central Plains Region of Manitoba, Canada, some 47 miles west of Winnipeg, along the Trans-Canada Highway, on the Assiniboine River. Its name was derived from the French word “portage,” which means to carry a canoe overland between waterways. In this case the portage was between the Assiniboine and Lake Manitoba, over “la prairie.” Long before French Canadian explorers arrived in the mid 18th century and built  Fort La Reine, north of the river to serve as a fur trading post, the area was inhabited by indigenous peoples. 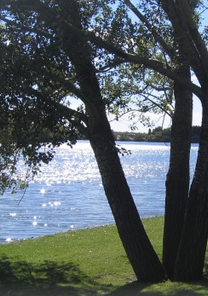 In the 1850s settlers began arriving to exploit the area’s fertile soil, giving birth to the new village’s agricultural-based economy. Over the ensuing decades, more and more people moved to Portage, establishing farms and opening new businesses. The community increased in population and, in 1881, Portage la Prairie was incorporated as a town. In 1907, it became a city, serving as a regional hub for agriculture, retail, manufacturing, and transportation. Today, Portage is considered to be a major center for strawberry cultivation and potato processing.

Vern May is the Executive Director of PRED, Portage Regional Economic Development, formed in 2013 with a mission to foster an environment which is attractive to investment and growth for both the City of Portage la Prairie and the Rural Municipality that surrounds it. He reports that in January 2017, the city was chosen as the site for a $400 million Roquette pea protein processing plant that will create some 150 new jobs. Roquette is a French-based, family-owned company which produces more than 650 by-products from the starch extracted from corn, wheat, potatoes, and peas. It has operations in 35 countries, but this will be its first investment in Canada.

May suggests that Portage is an atypical site for this type of foreign investment, but it was ultimately chosen because it is well situated in terms of its proximity to the area’s agricultural sector, and it offers some of the lowest electricity rates in North America. “The other thing that worked to our advantage in terms of energy is that our energy is primarily through hydro-electric power,” he explains. “Green energy, as opposed to the alternate location they were looking at, which was primarily coal power.” In addition, the province offered some tax incentives to Roquette and some grants for the education and training of the company’s new workforce.

May says that the new plant will soon join Portage’s emerging agrifood cluster. “We have McCain Food, here; they deal in potatoes – a lot of your frozen French fries and hash browns,” he reports. “And we also have JR Simplot here, which also deals in potatoes. Between those two employers, we have, roughly, 500 jobs in food processing. Recently, Simplot came to the table and announced that they were going to be expanding their operation, here, and that investment is $460 million, which is going to double the size of their plant and double the size of their production.”

With these two new development projects in the works, May believes that Portage la Prairie has gained a leg up over competing jurisdictions for even more future investment. He says, “It certainly gives us a great advantage, right now, when you can go out and talk to a potential developer or investor or major organization and say, ‘We’ve just had a billion dollars of new investment in 13 months. And this is why you should be talking to us.’ Right off the Roquette announcement last year, we had a lot of inquiries around housing development and calls from developers both locally and nationally.  And then, right off of the Simplot announcement, a lot of conversations that we had started with national chains or small entrepreneurs, where their urgency didn’t seem to be a top priority, suddenly Portage la Prairie is a priority for them, and we’re having more detailed conversations about how they can make their investments, sooner.”

As Portage prepares for new growth, it is necessarily looking 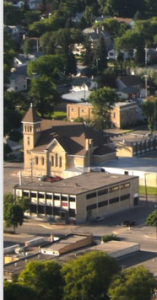 to improve various components of its infrastructure. “There has been a commitment locally, provincially, and federally to upgrade our water treatment capacity,” says May. In fact, the city has procured $30 million in funding for the secondary treatment of industrial and agricultural wastewater, removing the nitrogen and phosphorous that causes algae blooms when returned to the area’s watershed.

The city is also working with various stakeholders to improve its network of walkable and bikeable transportation assets in order to provide city residents, both old and new, with a higher level of active living. “Every year, we’ve added to our network of paths,” says Portage’s Mayor, Irvine Ferris. “Some years, we add paving or lighting, and some years, it’s just pouring the base of new paths with limestone. The network is not wholly connected, yet, and the plan is that, eventually, we’ll integrate our main street into that network of paths that currently connects the four corners of the city. Already, we’re seeing a great increase in pedestrians, cyclists, roller-bladers of every age group, including seniors and very young people.”

Irvine also touts the city’s commitment to sustainability and good environmental stewardship. “We have a number of initiatives and we’re constantly looking for ways to innovate,” he states. “We have a composting program that we run, and we have a compost area in the city where people can take anything from leaves to grass clippings, etc., and it gets composted. We give away that finished product to people in Portage la Prairie who come and help themselves. We also do Christmas tree pickups; we do a yard waste pickup in the spring for a couple of weeks; we do it again in the fall.”

“We also have an urban forest,” Irvine continues. “The last number of years, we’ve been integrating fruit trees into it, so we have fruit production alongside of the walking paths, and, in a few years, people will be able to harvest that fruit. And, obviously, with our climate, we salt our streets, and three years ago, we started experimenting with putting beet juice in to reduce the need for salt, which has a positive impact on the environment and also on the vehicles that use our roads. The purpose of the salt is to keep the sand from clumping up in cold weather and the beet juice seems to do that just as well.”

May says that Portage’s population has remained virtually unchanged for the past 40 years, but with the two new plants opening in the near future, that number should change, dramatically. “From 1971 until now, our population hasn’t deviated beyond 300 people,” he notes. “We were just under 13,000 in 1970, and we’re just over 13,000, now. So, we haven’t lost any, but we haven’t made any significant gains.

“In addition to the increased interest in the city and area from investors and companies, Portage Regional Economic Development is continuing to reach out pro-actively to ensure that our positioning is known by agencies that can best connect us to future opportunities. This has included speaking at the World Trade Centre Annual General Assembly in Leeuwarden, Netherlands this spring, liaising with internationally-posted Trade Commissioners at Canadian Embassies around the globe, and ensuring that our message is on point and stands out, even when we find ourselves vying for opportunities against larger cities like Toronto and Vancouver. With the world looking ahead to how we’ll feed the growing population by 2050, Portage la Prairie is in a great position to be a part of all of those conversations.”

Mayor Ferris agrees that the city is primed for new growth and, in anticipation, Portage la Prairie has put out the welcome mat: “We are a welcoming, inclusive, diverse community; we have a very good quality of life, here – excellent schools, excellent recreation opportunities. And I’d say to anybody, ‘Come and give us a look.’ I think they’d like what they see.”

WHERE: Between the Assiniboine River and Lake Manitoba in south central Manitoba

Food Development Centre – A Special Operating Agency of the Province of Manitoba the goals of the Food Development Centre are to: increase the competitiveness, sustainability and adaptability of the agricultural industries; grow the agri-food and agri-product processing industries in Manitoba; and increase the capacity of agriculture, agri-food, and agri-product related organizations to drive economic development. –  www.gov.mb.ca/agriculture/food-and-ag-processing/food-commercialization/food-development-centre

McCain Foods, Ltd. – McCain Foods Ltd. is a Canadian, multi-national, privately-owned company established in 1956 in Florenceville, New Brunswick. It is the world’s largest manufacturer of frozen potato products with over 20,000 employees and 47 production facilities on six continents. –www.mccain.com 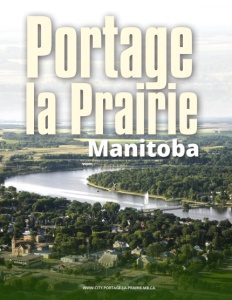