Taking its name from the St. Johns River that flows along its western border, St. Johns County was established in 1821 – one of the two original counties of Florida, created after the area was ceded to the United States from Spain. Its main city, St. Augustine, is the oldest permanent European settlement in the country. For most of its history, St. Johns County was essentially rural; its primary economic drivers being agriculture, tourism, and retail, with only a handful of major employers outside of the education, medical, and governmental sectors. 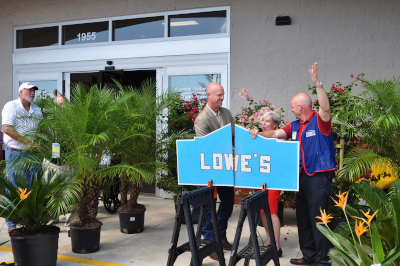 Today, St. Johns County has established itself as a good place to live and do business, and thus, its population has increased 28 percent since 2010, to 244,000, making it the 14th fastest-growing county in the nation in that timeframe. It issued more than 4,000 single-family residential permits last year, a number that far-exceeded all surrounding counties, and it is on track to exceed that number in 2018. Over the last seven years, 1,200 new businesses have opened, creating 18,000 new jobs.

“If I had to describe St. Johns County in two words, they would be ‘growth and opportunity,’” says Director of Economic Development, Melissa S. Glasgow. “We remain busy at the county and there are no signs of things slowing down. We’re continuing to work at adding commercial development to an already strong residential base.”

Some recent projects in St. Johns County include Durbin Park, a 1,600-acre property on its northern border, owned by Gate Petroleum. “It’s the first designated urban service area in the state,” Glasgow states. “It will consist of 1,600 acres – our largest concentration of urban development within the county. They anticipate having 2.8 million square feet of office; 2.4 million square feet of retail; 350 hotel rooms; and 999 multi-family units. Durbin Park is under construction on their first phase, which is entirely retail – nearly 700,000 square feet anchored by Wal-Mart, opening later in 2018, and Home Depot opening in the first quarter of 2019, along with 22 other stores that have also been announced.

Another master-planned development is Twin Creeks, a 1,000-plus-acre, mixed-use project featuring over two million square feet of retail, commercial, office, and industrial uses, along with 3,000 residential units. Twin Creeks will also feature a unique, 14-acre Crystal Lagoons amenity ringed by sandy beaches and mixed-use developments for retail shops and residents in an area they recently named Beachwalk. “It will be the largest lagoon in Florida,” Glasgow says. “They’re building them all over the world to provide amenities into certain residential and commercial developments. Even though we are along the water, the Atlantic, the St. Johns River, and the Intercoastal Waterway, they still felt they wanted to bring a unique water amenity to their community. Crystal Lagoon will be opening mid- 2018, and they have a number of new homes under construction. They have not yet announced any of their new retail or commercial tenants, but they are actively working on a number of agreements, so that project is well underway. Dirt has been flying for over a year.”

Another significant economic development project completed in the county is Northrop Grumman’s Aircraft Integration Center of Excellence. Their $80 million, 361,000-square- foot facility is complete and built to ultimately house 1,400 employees, including  400 new, high-wage manufacturing jobs. “We’re very proud of Northrop Grumman, our largest manufacturer and Top 5 major employer, and we’re very pleased to have them continuing to invest in our community,” says Glasgow.

In addition to new housing developments and a host of commercial construction projects, over the last few years, the county has also embarked upon several key public-private partnerships. “Our current signature project is the PGA Tour,” Glasgow says. “PGA Tour is the organizer of the main professional golf tours played primarily by men in the United States and North America, and they announced their new global home in St. Johns County. That was a significant project for us. PGA Tour is headquartered in Ponte Vedra and they are going to consolidate their operations from 17 different buildings they are currently operating in to one flagship building. In January, they announced that they are going to invest $86 million and construct a 187,000-square-foot corporate headquarters, and add 300 new jobs at an average wage of $80,000 a year within a ten-year period. They will also maintain the 800 employees that they already have, here in the county.”

“That was a true public-private partnership,” Glasgow continues. “Not only did we offer them incentives as our policy provides for – $2.8 million in local incentives – they also received state incentives. In addition, they needed to obtain property that the county owned that was going to be located in the front of the site that they were ultimately going to construct the building on. So, we needed to negotiate a land conveyance. In return, the company will relocate a public safety control tower and reconstruct one at a higher rating than what we currently have in place at no cost to the county. We will also be relocating the tax collector building that services that area in Ponte Vedra to a new leased space, which ultimately improves the customer experience and improves our county’s cost of maintaining a long-term space. Based on our ability to accomplish this innovative partnership, it made them want to commit to this future expansion and long-term investment in St. Johns County, and we’re thrilled about that.”

Glasgow comments upon several other recent public-private partnerships: “One was a Lowes Home Improvement project,” she reports. “The negotiations occurred in 2011, during the recession. They did not have a presence in St. Johns County and they wanted to locate near the corner of our busiest traffic intersection, which is along U.S. 1 and State Road 312. We had an old, antiquated health and human services facility there that needed quite a bit of improvement. They approached the county to see if they could purchase the property from the county, which is ultimately what happened, and they ended up paying us more than fair market value for the property, which gave us the money to be able to construct a brand new health and human services facility further north and within the county complex. The facility was functionally obsolete and we were going to have to put in millions to renovate it. So, we gained a brand new health and human services facility, providing all the services that were available before, and gained a new retailer, generating much needed sales tax revenue and property tax revenue on formerly tax-exempt land, and creating jobs in our community at a time when it was very important to do so. That was unique at the time and it turned out very well. Lowes opened in 2016 and is doing great; it’s still the only Lowes project in St. Johns County.”

Another public-private partnership was established between the county and Nopetro, a compressed natural gas (CNG) provider. “Back in 2015, when CNG and alternative fuels became a large part of the conversation, especially in how it pertained to economic development, our county looked at ways to provide, and tap into, alternative fuels,” Glasgow recounts. “Some grants were available through our North Florida TPO (Transportation Planning Organization) to see how we could provide this type of service that would benefit both the public and the private sector. So, the county provided land for Nopetro and committed to provide at least 130 vehicles that utilized CNG. It offered Nopetro a 20-year lease and committed to a rate that was less than regular gasoline costs at that time. So, it was a cost-savings measure for the county and gave us the ability to provide this sustainable amenity for our community – both the public and private sectors.”

As St. Johns County continues to develop, Glasgow maintains that its agenda for sustained business growth – flexibility in its incentives programs and the creation of public-private partnerships – are key elements. “I think we provided some creative approaches to the way we do economic development, here,” she notes, in summation. “From real estate brokers, to developers, to business people – everybody is really bullish on St. Johns County.”

Check out this handpicked feature on Middlesex County, Ontario.

WHERE: Northeast Florida between the St. Johns River and the Atlantic Ocean

Arista Information Systems makes billing easier with complete printing and mailing services for all of your company’s bills, invoices, checks, and notices. Customers across the country have come to rely on our streamlined process that reduces expenses and overhead. Learn how Arista can simplify your bill production at Aristainfo.com. 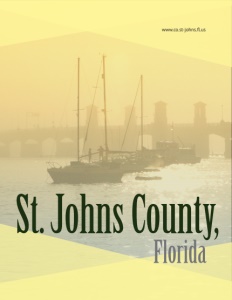