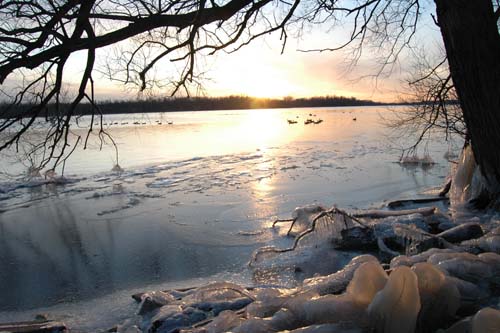 Haldimand County is a rural, city-status, single-tier municipality of 46,000 on the Niagara Peninsula in Southern Ontario, Canada, 20 kilometers south of Hamilton. First created in 1783, it was named after the governor of the Province of Quebec, Sir Frederick Haldimand. It was first incorporated in 1850 and amalgamated into a single-tier authority in 2001. The main population centers in Haldimand County are Caledonia, Dunnville, Hagersville, Jarvis, and Cayuga.

“We’re a community on the edge of the Greater Toronto Area, so we are considered an agricultural community, and, for the most part, we’re light on the manufacturing side,” explains Mayor Ken Hewitt. “Outside of agriculture, we are more of a bedroom community for the GTA.  A lot of residents that live in Haldimand County traverse to Toronto or Hamilton for employment. Haldimand presents a less expensive option for living. It’s a healthy, vibrant, and safe place to live and for young families to start out.” 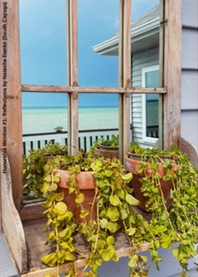 With 87 kilometers of Lake Erie waterfront and the Grand River, a designated heritage river running through the municipality, Haldimand County also draws many tourists from surrounding areas, offering numerous water activities including: fishing, waterside camping, kayaking, boating, and swimming. In addition, there is an abundance of cycling and hiking trails, including the scenic Waterfront Trail that runs along Lake Erie’s coast, featuring picturesque lake views.

Well-known for its many small towns and slower pace of life, which hearken back to Ontario’s past, Hewitt reports that Haldimand County is also embracing the future as it continues to update its infrastructure and amenities. One new project on the agenda is the rebuilding of the city’s administration building in an effort to consolidate several smaller offices spread out among a few of its constituent municipalities.

“That building is going to start construction this spring,” Hewitt says. “It’s going to be an up-to-date, state-of-the-art building furnished with green initiatives in mind. The windows are designed to embrace and enhance natural sunlight and to minimize energy costs. Our water systems are going to be recyclable; the heat pumps are going to be set up in such a way that all of the energy is going to be re-used; it will have all low-flow systems for washrooms; and the building will have all new technologies designed for the new legislation here in Ontario, which requires it to be disabled-ready.”

“We just recently built two new arenas with the same technologies in mind,” Hewitt continues. “The systems are set up so that all water is recycled and brought back into the system to be re-used. We’ve installed LED lighting systems in all of our new buildings, and the lighting is done in such a way to harness natural light. We’ve built three new fire stations with the same systems in mind. We just finished a library and are constructing a new library with the same methodologies.

“We’ve got an initiative to convert all of the street lights in Haldimand County to LED; it’s a $2 million project. Our expected payback in terms of operational savings is six to seven years, and all of our fixtures will be completely converted within the next year – that’s a total of 3,000 fixtures. The life span of these fixtures is approximately 100,000 hours, and should last about 20 years, with a $4 million reduction in our operating costs.” 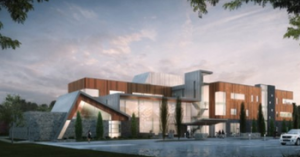 investment has also been put into the downtown cores of the five main population centers. “We’ve just recently completed downtown Dunnville; Hagersville is just finishing, this year; Caledonia has been completed, as well as Cayuga and Jarvis. So, all of those small communities have been re-faced,” he reports. “We’ve installed a program called the Community Partnership Program, which gives businesses the chance to reinvest in their buildings. For every dollar that they spend, we contribute 35 cents to help with the reinvigoration of facades, so that what they’re doing is in line, and consistent, with the type of investments that we’re putting into streetscaping or our downtowns.”

Serving as Haldimand County’s mayor for the past eight years, Hewitt says that he is most proud of the way his administration has balanced the use of tax dollars in a way that brought economic opportunity to the community. “Our credit rating has gone up four times in the past seven years to double-A,” he states. “We currently sit with three times the reserves of the average municipality in Ontario. And so, while we are spending a considerable amount of money in the communities, we’re still very well managed and financially sound. A lot of municipalities across the province are not in the same financial condition to be able to invest in their infrastructure and put dollars back in their communities. We’ve been able to leverage our investments, manage our assets, and do it in such a way that our taxes are still lower than the average and our reserves are considerably higher. It gives us a very good outlook for the future. We’re prepared and ready for it and Haldimand County is going to be a strong county for many years to come.”

“It’s a great place to raise your kids, a great place to play, and it’s still affordable,” Hewitt says in summation. “Cities like Toronto are becoming less of an option for young, start-up families and less and less attractive for those who don’t want to live in that type of environment. We still have that country feel with so many options available to us.”

WHO: Haldimand County
WHAT: A single-tier municipality of 46,000
WHERE: On the Niagara Peninsula in Southern Ontario
WEBSITE: www.haldimandcounty.on.ca 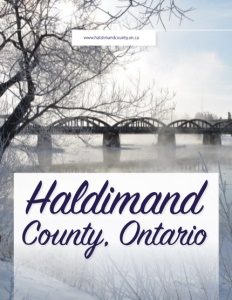