qathet Regional District, BC – Working together

The qathet Regional District (qRD) is a local government authority in British Columbia, incorporating five electoral areas and one municipality (the City of Powell River). The qRD covers approximately 5,000 sq. km. on the west coast of B.C., about 175 km. north of Vancouver, within the traditional territory of the Tla’amin Nation. Located within the boundaries of the qRD are Texada, Savary, and Lasqueti Islands, each with its own diverse communities and unique environmental and cultural flavors. Blessed with the most incredible natural beauty and recreational opportunities, qRD is a much-visited tourist destination and an increasingly popular location for people to call “home.” 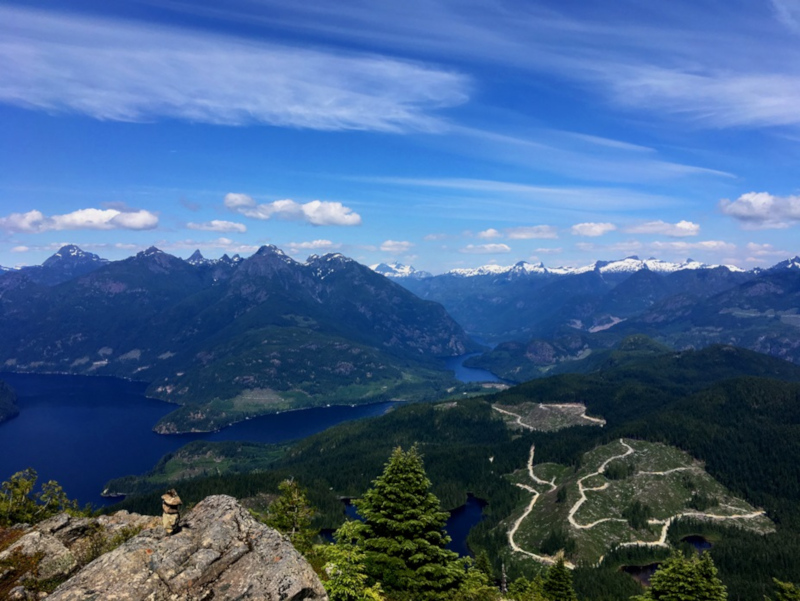 The qRD does not have a tourism branch, but it does support, funding-wise, tourism along the Sunshine Coast. Mike Wall, Manager of Asset Management & Strategic Initiatives for the qRD, reports, “Tourism is a big economic driver for us – both locally-driven and international visitors who come for the boating, kayaking, fishing, hiking, mountain biking, all those different activities, as well as music festivals and arts events. We have a local brew pub on the Ale Trail that extends through coastal B.C. and incorporates Whistler and a few communities on Vancouver Island. Related to the tourism opportunities within our rural area, we have DART Aerospace developing specialty attachments for the helicopter industry, so mountain bikers can be whisked up to the top of the mountains to do downhill mountain biking.”

Historically, Powell River and the qathet RD have relied heavily on the forestry sector and there is still an active paper mill in town. But, today, the RD is a good example of a typical resource-based economy transitioning to tourism and cultural and other industries to support people who want to live in the area. As Radke notes, “A number of people moving into the area are working remotely at offices in cities around the world. Within the city boundaries and a few km. on either side, we have fiber optics with really good connectivity, but further out is where we get into last mile concerns. We’re exploring resolving lack of high-speed connectivity to those outlying areas.”

In 2018, to support new business growth, the City of Powell River, qathet Regional District, Tla’amin Nation, Vancouver Island University, School District 47, and the Island Coastal Economic Trust partnered to undertake the Creative Economy and Innovation Initiative. The main goal of the initiative is to strengthen the community’s growing entrepreneurial culture by providing opportunities for business collaboration, innovation, and professional development. Throughout 2018, the project team studied similar initiatives in other centers, reviewed and inventoried existing community assets and strategies, and interviewed business owners and residents across multiple sectors to better understand what supports were needed to strengthen entrepreneurialism. The resulting strategy built a road map for strengthening and supporting entrepreneurs.

Phase Two of the initiative was launched in 2019 with funding from the Powell River Community Forest Corporation Reserve Fund, Island Coastal Economic Trust, qathet Regional District, and City of Powell River. One of the first pieces to be delivered out of Phase Two of the program is the Coworking and Collaboration Space, which opened on the second floor of the Powell River Public Library in October. Through a paid membership program, entrepreneurs are able to access office and meeting rooms to work from. In addition to this, the space will be used to deliver programs for entrepreneurs in the community, including professional development workshops and networking events to allow for business collaboration and innovation. “I like to refer to it as an incubator,” says Radke. “A place where entrepreneurial-spirited people can get together, have co-working or personal working space, and share their ideas and resources.” 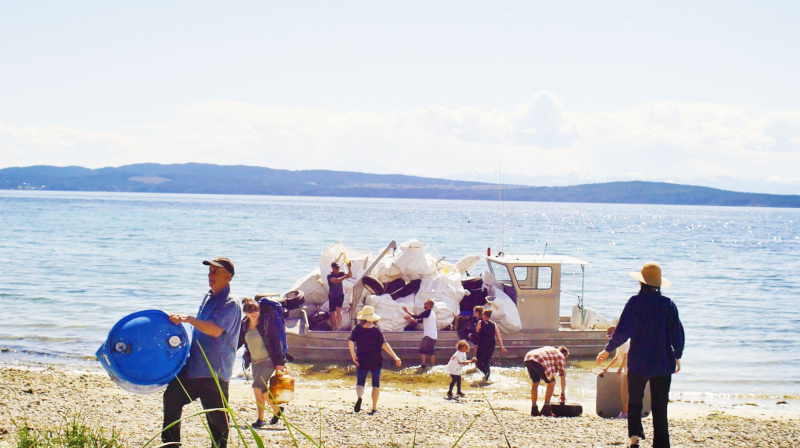 The rural population of the qRD is approx. 6,000 with the Tla’amin Nation around 1,000 and the City of Powell River population is about 13,000, for a grand total of 20,000. Healthcare, education, and government services are prime employers. One area of focus for economic development is on attracting investors to create more hospitality/accommodation space in the region. Wall acknowledges, “We have identified areas in some of the smaller rural communities for higher density to attract new residents. We have a lot to offer. The region has the rugged beauty and you feel like you’re away from it all here, but you can be at a meeting in downtown Vancouver in about 40 minutes. There are scheduled flights from Powell River Airport and the qRD also manages an airport on Texada Island. We have air linkages, also sea planes and vehicle ferries and water taxis to the islands. Savary Island has incredible sand beaches and sees a huge influx of tourists in the summer season.”

One of the region’s larger projects is developing a Resource Recovery Centre – a partnership with the qRD and the City of Powell River with support from the Tla’amin Nation. The site is an area in the middle of the municipality that housed a former incinerator and landfill. The project will rehabilitate that land base with a focus on greening the core of the city and reducing waste to the landfill. The Marine Avenue Landfill Closure and Resource Recovery Centre Build Out Project and the resulting facility and green space will significantly contribute to the reduction of Green House Gas emissions within the qRD. In addition, qathet Regional District is in conversation with the University of Victoria for research opportunities available through this project. The closure and build out of the Resource Recovery Centre (RRC) at this site is a story of transformation and healing. To tell this story, the qRD is interested in investigating and potentially monitoring the presence and variety of pollutants determined through tree core sampling. The research will be valuable in the area of bioremediation as an inexpensive alternative method for investigating the extent of shallow pollutants, which tree species uptake with heavy metals, etc. This research will be an integral part of a continued interactive education kiosk at the RRC.

Another timely initiative, driven by the qRD’s Solid Waste Service, is shoreline cleanup. The qRD has miles of beautiful coastline along the Pacific Ocean’s protected waters of the Salish Sea. In 2017, the qRD Board of Directors approved a Shoreline Cleanup Initiative that allocated a total of $10,000 per year over a five-year period. This funding initiative is helping to address the environmental issue of marine debris along the region’s coastline. Sustainability concerns are of high priority and are being addressed in future plans for qathet. According to Radke, “We recently adopted a Strategic Plan, which encompasses six priorities: climate change; economic development; parks, recreation, and culture; social planning; public safety; and communication and engagement. We also have four sustainability pillars: environmental, economic, social, and cultural that we use as the acid test in moving forward with our strategic priorities, to make sure that any initiatives fit between the goal posts and are truly sustainable for the long term.”

Collaboration is celebrated and embraced in the district communities. Of significant importance is the Community to Community to Community Forum, otherwise known as C3 – a partnership among the qRD, the City of Powell River, and the Tla’amin Nation. They attend quarterly meetings and collaborate on topics that are of joint interest, for instance, the new funding formula for the recreational complex in Powell River for use by the entire region. Another key effort is a Social Planning Service. One of the biggest tasks to be undertaken in that initiative is a housing needs assessment, which will be a gauge for housing requirements for the region as a whole.

In speaking to what makes qathet Regional District special, Radke reflects, “I’m originally from the Prairies, and I can say that the beauty here is unparalleled. And even though we may be considered remote and isolated, we still have accessibility to the larger centres. So, it’s a very comfortable feeling living in this region. I would definitely encourage people to visit, live, and work here.”