Business View Magazine interviews representatives of Killingly, Connecticut for our focus on Growth and Economic Development in U.S. Towns & Cities

Situated on the border between Connecticut and Rhode Island is the New England town of Killingly. The small town settled by Canadian immigrants may have a population of 18,000, but it takes prides in its mighty drive for innovation in enterprise and education. Seven villages with roots in milling – all commercial centers of their own – are strategically located 40 minutes from Providence, Rhode Island and 1 hour and 15 minutes from Boston, while Route 6, Interstate 395, and Route 12 intersect the land.

Jill St. Clair, Director of Economic Development for Killingly, praised the town’s achievement in balancing support for local business relationships and nature resource conservation. She shares, “They don’t have to be mutually exclusive, and we’ve figured out a way to keep the texture of the community while expanding the technology base.”

In Killingly, this support begins at the high school level with the education of practical expertise that leads to employment being highly valued. The town has two technical high schools, including Harvard H. Ellis Technical High School, along with a multi -track career vocational high school. Following high school, the town’s community college immerses students in their desired careers, especially via its advanced manufacturing technology center. The 10,000 square-foot facility with links to the town’s industrial park features the machining and mechatronics programs for a mix of local and out-of-state students alike to lead them toward future employment in the area. 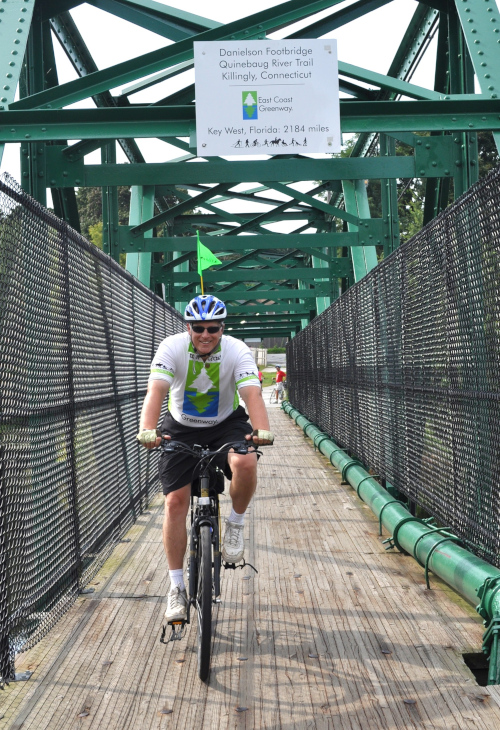 The initiative aligns with changing industry standards and government policy. “The biggest thing is going to be upscaling people, and the new governor is behind that type of program to make sure we have the

funding to get the unemployed, underemployed, and people that want to have career changes, the proper education training they need to perform the skills and disciplines that these businesses are seeking,” Stephen LaPointe, Director of QVCC Advanced Manufacturing Technology Centre in Killingly, explains.

Students are learning alongside expert business professionals in the community and at Killingly’s industrial park along Alexander Lake, which has been full since 1999. The town has plans to expand the park by 26 acres and has adopted text change amendments and special use permits under a text change  in its general commercial zone for business expansion. “Long-time stakeholders at the park are also wonderful stewards of our community,” according to St Clair. “They help to ensure a high quality of life for the town residents. Recently, at their own expense, Automatic Rolls put $130,000 into an earthen berm to mitigate noise and light pollution.” Meanwhile, UNFI-Dayville Distribution Center donated a refrigerated truck for a year to distribute food to the community through the town’s food bank program during the Covid-19 pandemic. UNFI thrives as a major food distributor in New England, while Automatic Rolls produces baked goods for fast food chains like McDonald’s in the U.S. and Canada.

Other businesses of note in the area include Frito-Lay, which announced in May that it’s gearing up for a $235 million expansion. Meanwhile, medical plastic manufacturer Putnam Plastic employs 465 professionals across three campuses. Web Industries, Pratt and Whitney, and TJ Beau Electrical Supply Co. are local leaders in automated manufacturing. “That’s the future wave of this country, to become

more and more productive, and automation is the key to that,” LaPointe says. “They say that automation eliminates jobs, but it really creates more; it’s really one and a half are made from somebody who was eliminated by one.”

Killingly’s community college students have expressed their dreams of joining these companies with their own entrepreneurial ventures. The town encourages this spirit to kickstart startups and small businesses with four beneficial initiatives. It offers a free eight-session Small Business Academy Boot Camp for students, adults, and early retirees alike. As of May, Killingly also offers startups a revolving loan program that the Economic Development Trust Fund backs loans up to $25,000. “It’s about reinvesting in our local economy, with a geographic strategic approach in our central business district because we understand that small businesses need other small businesses to create their own ecosystem and support network,” St. Clair explains. The Killingly Business Association with over 125 members, and the larger Northeast Chamber of Commerce, support these companies in their journey to economic success, particularly through business education.

Killingly’ s most recent notable project was a one-million-dollar streetscape and façade improvement project on Main Street – the central business district. A notable project included a $250,000 grant investment in revamping of the Tighe Building at 140 Main Street. The intention is to convert the historical landmark into private office space on the top floor with 7,000 feet of co-working office space, first floor improvements include a commercial kitchen for a restaurant, and boutique shops. Renovations included a new roof, windows, and façade. Soon to be renamed ‘Phoenix on Main’, the property was once part of a theater complex called the Phoenix Block. 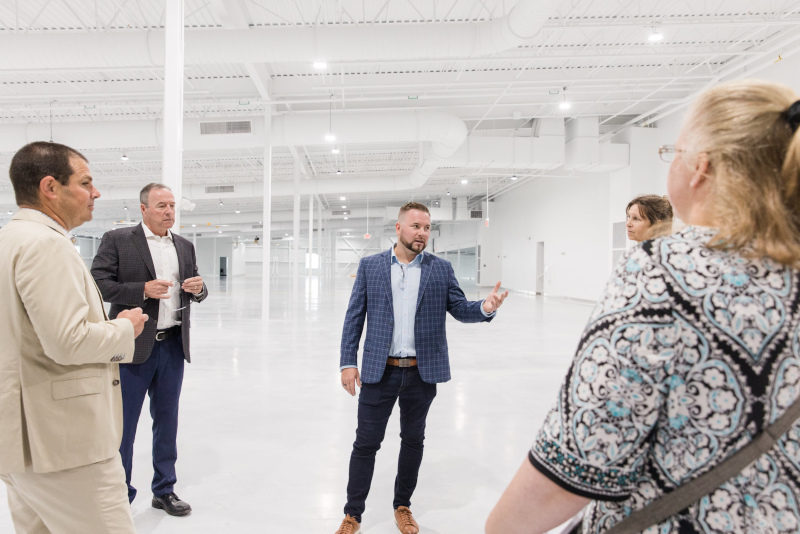 When it comes to housing local entrepreneurs and employees, St. Clair says, “We could always use new stock in housing.” Killingly’ s progressive zoning permits auxiliary living, allowing college students and retirees to live in auxiliary units on a parcel, if the unit isn’t over 50% of the original structure. The town plans to expand its housing market shared lifts included a Phase 1 environmental assessment a historic mill, planned for conversion into workforce housing within three miles of the industrial park. The economic development team is actively seeking a developer to take to revitalize the mill and fulfill workforce housing needs within the community. It hopes to add 80 housing units to the market once this project is complete. Other recently completed projects include the opening of a high-end retirement and assisted living space called Country Living at Westview in May. St. Clair reports, “Those new home units were filled the day the doors opened. The owner’s next project lined up for the property is a daycare facility for the children of his assisted living workforce”.

Attracting people to the area and its central business district is a town priority. It touts the availability of essentials, such as high-speed fiber running down Main Street, which is accessible to the businesses based there, free Wi-Fi for Davis Park-goers, and library visitors. These locals enjoy time outside of the classroom and office with outdoor excursions, taking strolls on the extra-wide sidewalks and river trail connecting to the Quinebaug River. The nearby airport serves as a prime spot for sky diving while Old Furnace State Park – a Civil War horseshoe foundry for the military – is a hotspot for hikers to explore. Meanwhile, residents enjoy shooting hoops, playing baseball and volleyball, picnicking, listen to music at the stadium, and climbing through the kids’ playscape at the Owen Bell Park family recreational center.

This appreciation for the outdoors translates into Killingly’s several green initiatives. Awarded the Sustainable CT Certification last year, the town is part of the Last Green Valley, a national corridor of natural resources and culture. They have also installed electric vehicle chargers across the community in the shopping center, and at the townhall. All these initiatives are notably spearheaded by Killingly’s own natural resource conservation officer. The future projects include an expansion of the East Coast Greenway bicycle pathway, which currently extends from Putnam into Killingly. The town hopes for grant application approval to extend the pathways into its industrial park.

Future goals include making the town a renowned location for innovative education and business. St Clair highlights continued plans to create a desired community for education, raising a family, and developing a great living surrounded by New England mill town history, arts, and culture. She also aims to build the town’s restaurant scene. She admits, “I know the restaurants have taken a pandemic related   hit right now, but they’re reinventing themselves with creative solutions in food delivery systems.”

In that same vein, LaPointe is focusing on the business end of the town’s plans. He has his sights on expanding existing programs that assist local businesses with employment, particularly with developing training opportunities for students and increasing college enrollment so students can gain employment with these companies. He applauded helpful residents for their support in this endeavor, who despite being laid-back have proven to be effective collaborators and movers and shakers in growing business. LaPointe boasts, “They call us the quiet corner for a reason, but we make a lot of noise out here.”

What: A small but mighty former mill town ; population approx. 18,000

Albuquerque takes on its housing crisis with...