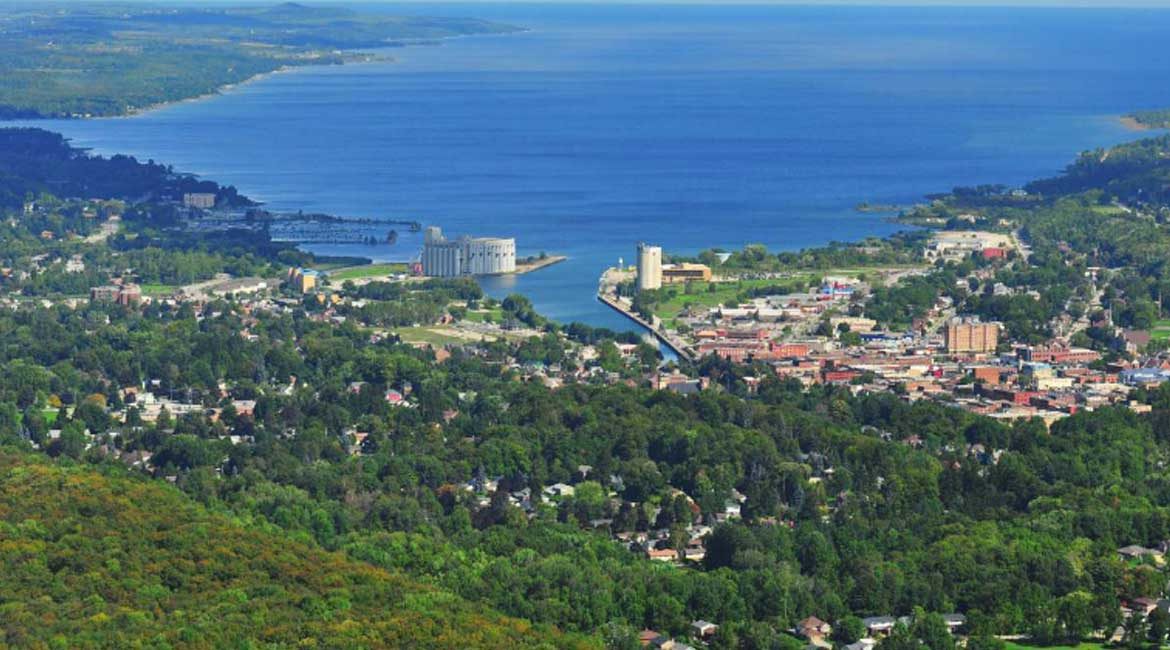 Owen Sound, Ontario was originally founded in the mid-1800s as a logistics hub, with a safe, long harbour on the southern edge of Georgian Bay that facilitated the movement of goods and people across the Great Lakes. At one time, it was a roaring, rowdy seaport known as “Corkscrew City” – which may have resulted in the area going ‘dry’ just after the turn of the century. It remained that way until 1972. Today, a balance of commerce, tourism, and community passion make Owen Sound the thriving regional centre of Grey and Bruce Counties, living up to the tagline: “Where you want to live.”

In fact, Owen Sound, Ontario’s relatively short distance from major centers is a definite plus when it comes to relocation. Given the skyrocketing house prices elsewhere, people look at the cost differential and think, “Wow, look at what I can buy a couple hours away.”

With a population of 22,000, Owen Sound is the largest urban community in Grey and Bruce Counties. These two regions combined represent a primary commercial market of 158,000. Owen Sound is the seat of the County of Grey government, and the location of many regional, provincial and federal government offices. There are nine elementary schools, two secondary schools, and six private schools, in addition to a Georgian College campus.

There are 15,600 jobs in the community with a considerable number of people coming into the city to work. The broadly defined healthcare sector – private and public – is the largest employer (approx. 3,700). A thriving community anchor, the Grey Bruce Regional Hospital is a large, modern facility doing over 10,000 day surgeries per year, with 44 medical specialists on staff.

Manufacturing is responsible for more than 2,000 jobs. RBW Transcontinental Printing, one of the biggest commercial printers in North America, has over 600 local employees. RBW is a state-of-the-art facility. Tenneco Automotive and Hobart Food Equipment Group are also manufacturing facilities that have located in the City. Bruce Power, the largest nuclear generating facility in the world, is less than an hour away and significantly influences the regional economy. Bruce Power is currently undertaking significant re-investment that will positively impact the community for years to come. Many Bruce Power employees choose to live in Owen Sound and take advantage of the community amenities.

Retail provides another 2,000 jobs; Wal-Mart, Home Depot, Winners, Michaels, Princess Auto – these big-box stores are definite draws to the community. Plus, there are many restaurants, boutiques and artistic endeavors gravitating to the rejuvenated downtown core.

Owen Sound, Ontario is growing in popularity as a four-season tourist destination (over 400 hotel/motel rooms), and employment numbers in that sector are on the rise.

In terms of investment, there is a new 100-room hotel and conference center coming; a 160-bed nursing home facility being built; and two 33-unit condo projects on the go, downtown. One is a conversion, one is a brand new six-story building. Several residential developments are also underway. A key trend is people wanting to live downtown. The activity there – restaurants, theater, art gallery, library, special events – is transforming the area. The City has two draft plans of subdivision applications with over 300 units proposed in each.

In other downtown news, City Hall is being redeveloped, and the historic 150-year-old former jail building has been purchased by the Tom Thomson Art Gallery for its new location. “Not only are we getting an expanded art gallery,” says Furness, “we’re saving and repurposing a fascinating heritage building. It’s very exciting.”

In the tech sector, many residents and companies work remotely from the city with business partners around the world. AKA Consulting operates in a downtown heritage building, doing offshore oil and gas documentation. Although Owen Sound is not near the oil rigs, one of the partners wanted to be in the community, and advanced technology makes that possible. “In some instances, we’re ahead of the tech curve,” says Furness. “Particularly at the agri-food level, which is a big contributor to our economy. Whether you’re a food processor or producer, it’s remarkable how much technology is being applied in that sector.”

A significant initiative being led by Grey County is the Southwestern Integrated Fibre Technology (SWIFT) project – tasked with bringing ultra high-speed bandwidth to every community and household in southwestern Ontario. Recently receiving federal and provincial funding, the initiative will help business and industry, and advance education by bringing high-speed to students living in all of Grey Bruce.

Community investment in green space – walkways, trails and built facilities – is ongoing. The new Julie McArthur Regional Recreation Centre, developed in partnership with the YMCA, features a 25 meter- sized pool, gym, and double ice pad. Real estate agents tout this as a ‘fab facility’ to newcomers. Out-of-towners often ask “What do you do up there?” But after living in Owen Sound for a year or two, they are spoiled for choice of activities. In minutes you can be out in the bush, on a sandy beach, or skiing in the Blue Mountains. Whether you fish, sail, hike, garden, are an artist or sport enthusiast, it’s all accessible, regardless of age.

A new wastewater treatment plant, just being completed, is the largest capital project the city has ever undertaken. Work began in 2011 with a total budget of $48 million. Of that, the Government of Canada provided $15 million through the Green Infrastructure Fund, the Province of Ontario contributed $15 million, and the city’s investment is $15 million plus $3 million not eligible for grants.

Upgrades to the existing treatment process are mandated by federal regulations for wastewater quality, and include secondary treatment using biologically aerated filtration technology (BAF). Provision has been made to incorporate ultraviolet disinfection into the treatment system at a later date.  Methane gas from the digester will be used as an energy source for heating the building. Because of Owen Sound’s proximity to Georgian Bay, it’s crucial that the system function well – for the health of the Bay and, by extension, the Great Lakes.

Seeing the emphasis on this type of infrastructure development speaks volumes about municipal stability. Furness notes, “Industry looking to relocate likes the fact that our water and sewage treatment capacity is not limited, as it is in other communities. That’s a positive. And local residents want to know that Georgian Bay – the source of our drinking water – is protected.”

Newcomers are often surprised to see a 5-storey hospital; the breadth of retail; the vitality of the downtown;  the Tom Thomson Art Gallery, a Senior Junior ‘A’ Attack Hockey team, the range of heritage assets; and, of course, the amazing Niagara Escarpment landscape. It’s this balance of history, natural geography, and modern vision that makes Owen Sound a truly remarkable place to live, to play, to work, and to invest.

Check out this handpicked feature on Langley City, British Columbia – The place to be.

WHERE: Located on the southern shores of Georgian Bay, Ontario

Bruce Power – Bruce Power is Canada’s first private nuclear generator, providing 30 percent of Ontario’s power. Bruce Power Limited Partnership is composed of several corporations: TransCanada Corporation, BPC Generation Infrastructure Trust, the Power Workers Union, and the Society of Energy Professionals. It is the licensed operator of the Bruce Nuclear Generating Station, located on the shores of Lake Huron, northwest of Toronto, between the towns of Kincardine and Saugeen Shores. It is the largest operating nuclear plant in the world by output. 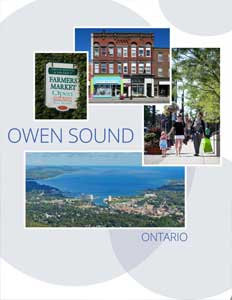