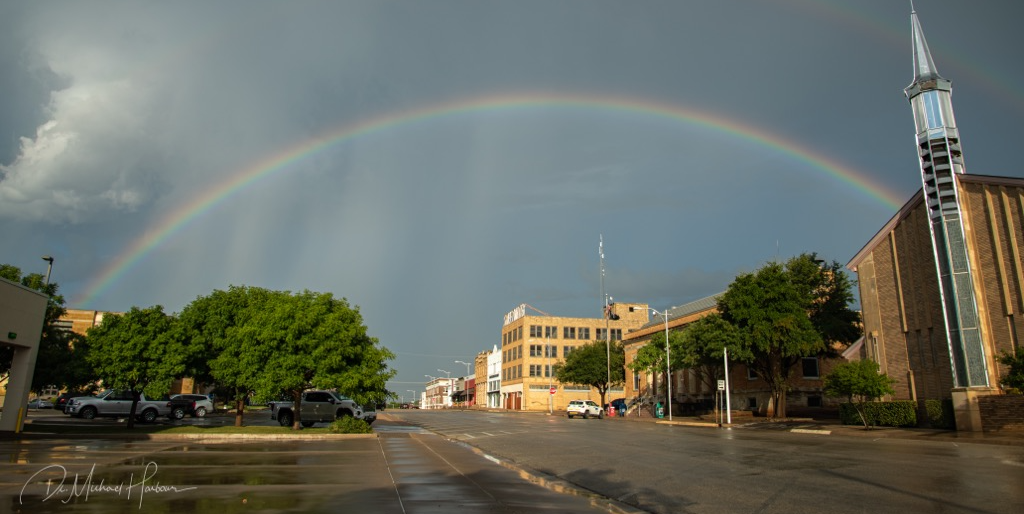 The City of Sweetwater, in Nolan County, Texas is more than just a place to live. This close-knit community of 10,500 is a place where people grow up, and sometimes move away, but find themselves returning, drawn to the familiar comforts and welcoming atmosphere. It is a place to call home.

Originally a railroad town, Sweetwater has a diverse history and a strong sense of community and tradition. During the second world war, the city was a training location for Women Airforce Service Pilots (WASPs) – the first women to fly American military aircraft. Today, Sweetwater is focused on growing the community ties, developing a stronger quality of life, and setting down strong roots for generations to come.

Karen Hunt, Chamber of Commerce Director, explains, “My parents were born and raised here and my grandparents moved here, just after marriage. We are really deeply ingrained in the families in Sweetwater. Being a community of around 10,000 people, you don’t just see each other at the workplace and then go all weekend without seeing each other. You are going to see each other at the grocery store, at Walmart, and at social events and culture events in town.”

With manufacturing representing over 13% of the workforce, Sweetwater is home to a wide variety of industries, including Ludlum Measurements – manufacturers of products such as radiation detection equipment, who employ more than 300 people in the city. Gypsum is also big business in Sweetwater, where United States Gypsum employs 200 people at their sheetrock manufacturing site. Georgia Pacific Gypsum Plant has recently invested $300 million in an expansion which will bring an additional 120 new jobs to the community. The local economic development corporation provided an incentive of $2.5 million to install a water line to this facility. Other major employers include Rolling Plains Memorial Hospital, The City of Sweetwater, and the Sweetwater Independent School District, the city’s largest employer, with over 400 employees. 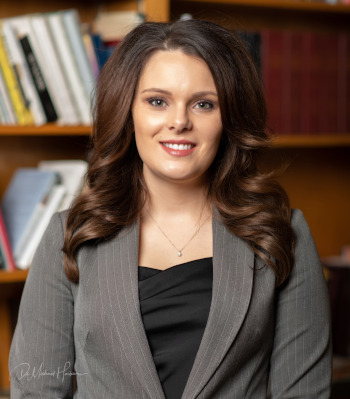 “Here in Sweetwater, what also makes us special is that we have a really diverse economy,” explains Miesha Adames, Executive Director of Sweetwater Economic Development. “We have some oil, we have some wind and solar, we have manufacturing, we have hospitality, and we have service industries.” Nolan County is home to a 200-megawatt solar farm and over 1400 wind turbines. “We welcome all green energy,” says Adames. “We support our renewables and we do we love our oil too.”

Sweetwater Economic Development offers a number of incentives. FTE incentives pay employers a premium for each full-time position created, and this is part of Sweetwater’s plan to retain existing business and encourage growth. Façade grants are available for commercial buildings which offer the opportunity to update storefronts and assist with the beautification of the community. The City and Sweetwater Economic Development have partnered to demolish dilapidated structures in efforts to beautify Sweetwater.

Adames reports, “We are trying to build a better relationship between our school districts and our local companies. This will allow them to create a partnership that addresses the workforce and skill set needs in our community. It is always better to hire locally than to recruit people from outside of Sweetwater. It’s actually even been a study that we’ve done internally. It’s easier to retain an employee if they are born and raised in Sweetwater.” The city has also brought in a retail consultant, The Retail Coach, to help recruit national brand retailers. This company analyzes which businesses would be most successful in Sweetwater and helps attract those establishments to the area.

Close proximity to Lake Sweetwater, Lake Trammell, and Oak Creek, provides a wide variety of recreational opportunities for residents. As part of an ongoing commitment to improve the quality of life, Sweetwater Economic Development has invested $750,000 in a brand new splashpad and $50,000 in a dog park. There are future plans for new park equipment, and an expansion to an existing walking trail within one of Sweetwater’s main parks. Two 18-hole golf courses are also part of the community’s recreation offerings, as well as multiple, unique, live music series.

Hunt describes, “We have Sweetwater House Association Concerts where people in our community host a musician from the Austin area, or West Texas musicians come in, and you’re having a concert in your backyard for whoever wants to come and attend.” Community members take turns hosting this popular concert series. The city also brings in larger acts at the Sweetwater Municipal Auditorium, which is located in the downtown district and offers a variety of events and performances.

As the county seat of Nolan County, downtown Sweetwater is more of a professional neighborhood than a hub of entertainment, something which the city is actively working to change. Hunt shares, “In our downtown area, one side is completely taken by accountants, lawyers, and professional buildings. The other side has our boutiques, our gift shops, and there’s a coffee shop. That is where we started staging and holding downtown concerts.” The city blocks off the street for these events, which happen during the summer months. Along with entertainment, food trucks are brought in, and the shops stay open late. Residents are invited to BYOB and a lawn chair to enjoy an evening with neighbors and friends. “Each month we are trying to bring in really good community entertainment, which would then start drawing outsiders to Sweetwater,” says Hunt. 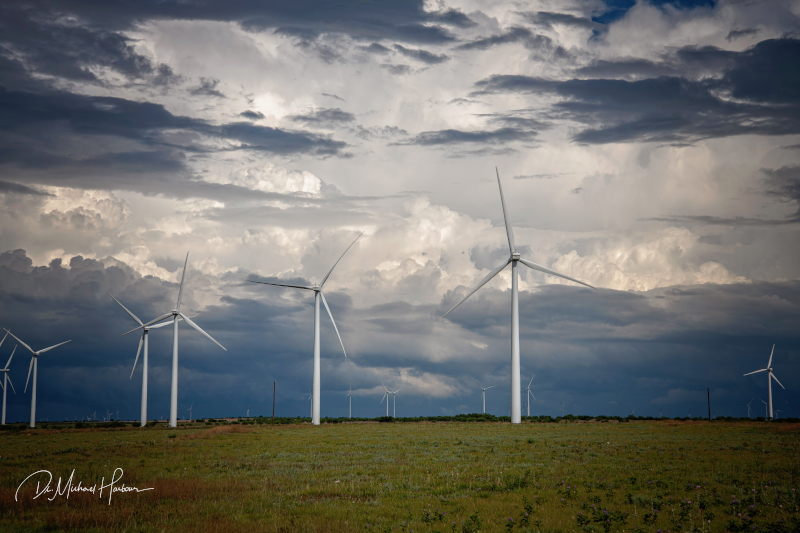 Sweetwater is working to combat the lack of housing. The recent sale of 30 acres has opened up space for the development of a subdivision. Hunt recounts, “We are going to have a new subdivision that will provide us up to 94 homes. We already have a subdivision that can hold up to 25 new homes. There are already eight homes that have been completed or are under construction. There is an independent builder that’s building on some lots in town.” She adds that many homes in the city are in need of updates, but contractors are in short supply, creating further housing challenges.

With many of Sweetwater’s workforce living in the nearby town of Abilene, Hunt suggests, “Abilene is also going to find itself in short supply of housing with new jobs coming to this area of Texas. We have the space for warehousing and for industry, at what is believed to be a lower price than other areas, but we are going to have to have the housing. We made big movements in the past year towards that housing.” Incentivising developers is one way in which Sweetwater is ensuring they can meet these future housing needs. For the upcoming 94-lot subdivision, Sweetwater Economic Development has offered the developer $4,000 per lot to put in roads and other infrastructure that will allow builders to purchase and build on the lots.

According to Adames, “We will give any builder licensed to build homes in the state of Texas a $10,000 incentive if they will build a home in that subdivision that is larger than 1200 square feet.” Other incentives include $6.00 per square foot for infill projects, and $4.80 per square foot for homes being built just outside the city limits. She adds, “We are doing things to try to promote and incentivize people to come in. Hopefully, in addition to these subdivisions, we’ll get some infill on these lots that we will have available whenever some of these dilapidated structures are taken care of in our neighborhoods.”

Looking to the future, Adames sees continued growth for Sweetwater. She notes, “My personal goal as an economic development professional, which is very doable if we keep our momentum, is to increase our population by 10% before the next decennial census.”

Hunt adds her thoughts: “If we are able to address the housing issue, people who commute to work here will desire to live here. I think as new people move to Sweetwater they are going to push for continued improvements and a better quality of life. “

What: A close-knit, growing community; population 10,500 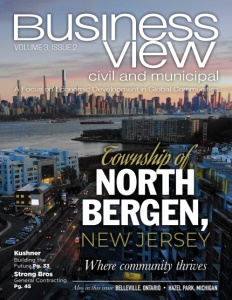