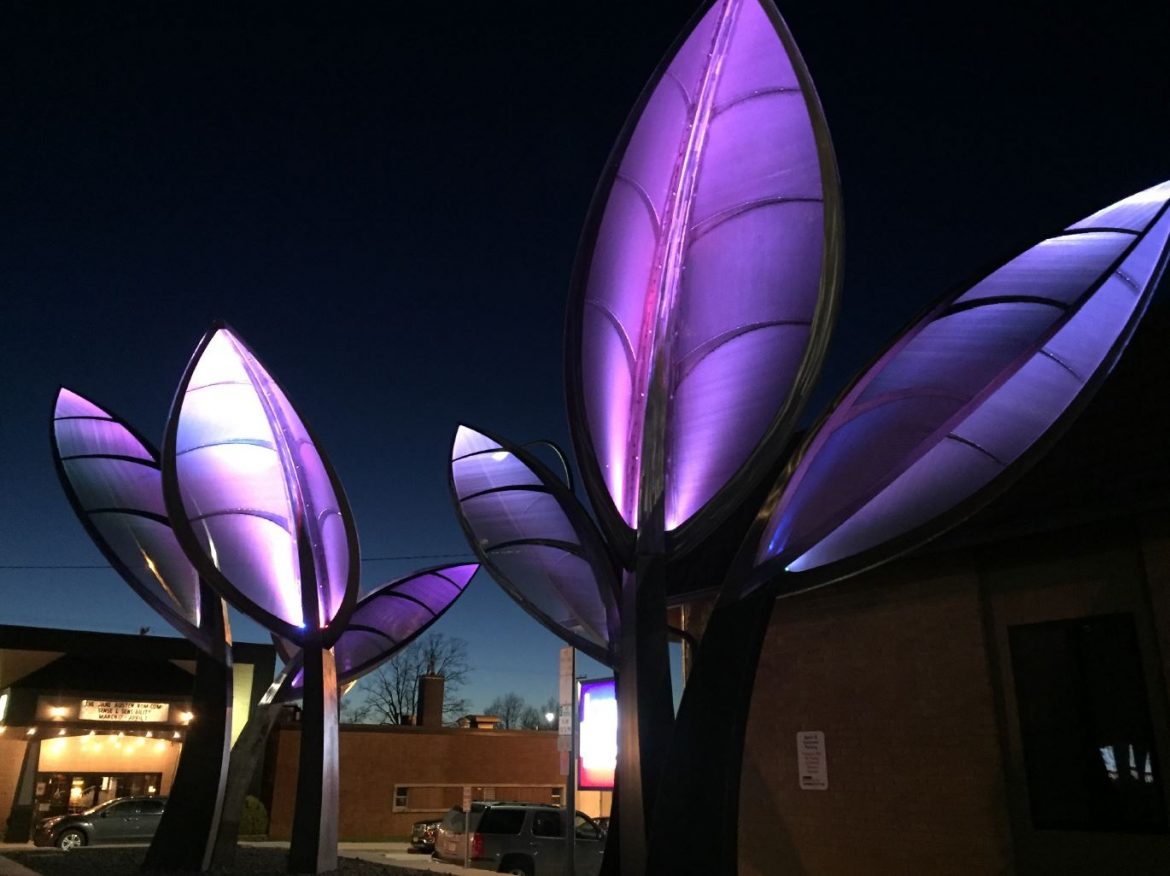 Business View Magazine first spoke with Tom Treharne, the Planning and Development Director for the City of Marion, Iowa, in October 2016. At that time, he talked about some of the ongoing projects in this metropolis of 40,000, located about six miles northeast of Cedar Rapids. We caught up with Treharne recently for an update. The following is an edited transcript of our conversation:

BVM: When we talked, last year, you mentioned the Central Corridor Project, a $20 million project with improvements such as pavement, sewers, sidewalks, street lights, trails, and streetscaping, which is set to revitalize and expand the city’s downtown area, which is actually called “Uptown” by the locals. How is that project going?

Treharne: “It’s an exciting time to be in Marion. We’ve welcomed a number of new businesses to the Uptown District in the last year. Several new pubs and boutiques have energized our community’s core, and we have a few new restaurants coming online as well. There’s been a noticeable difference in the atmosphere Uptown.

“The Central Corridor Project as a whole is a multi-year, multi-million dollar initiative. As you mentioned, we’re working to both revitalize and expand our core business district. We’re transforming a former rail line into a parallel arterial to Business Highway 151. This has opened up a lot of potential for mixed-use development. We continue to make steady progress. Last year the two roundabouts that bookend the corridor were opened. Work is beginning on the next phase of the project. I would expect that it will be fully-functional from east to west by 2020. This will be a fantastic achievement.”

BVM: We received a press release, recently, about a new business class hotel being built in Marion – an 88-room, TownPlace Suites by Marriott. What’s the story?

Treharne: “This is really the first major investment that we’ve seen along the Central Corridor. The hotel will be located on the site of an abandoned industrial facility and next to a former scrap metal facility. I can’t even express how transformational this will be.

“When I came to the City in 2001, one of the biggest challenges community leaders faced was what to do with the salvage yard that was located along the main corridor. Now 16 years later, we have relocated the scrap metal facility; still within the city and still in operation, but in a location better suited for industry. It’s so exciting to see the $12.4 million TownPlace Suites by Marriott going up in its place. Plus, there are two adjacent commercial sites that are actively being marketed. It’s incredibly motivating to see this type of investment in Marion.”

BVM: You also talked about the Tower Terrace Road project on the north side of town – a new commercial corridor. Anything to report on that?

Treharne: “In the last year, Marion finished and opened another segment of Tower Terrace Road and all of the right-of-way acquisitions are prepared for the next leg. The linchpin in Marion’s portion of the project is the construction of the Tower Terrace Road Bridge over Indian Creek. That is about a $10 million project and we still are trying to garner regional and state dollars to make it happen. At this point, that portion is still unfunded.

“We’ve had some zoning changes in the area to provide for restaurants and other establishments to have extended hours of operation in a residential area. So there’s some development coming in, as well.

“When completed, Tower Terrace Road will provide a major east-west arterial across the northern part of the Cedar Rapids metro area. We are working with our regional partners and the Iowa Department of Transportation to fund the interchange at Interstate 380.”

BVM: You also talked about the Marion Airport, which had been privately owned. Has it changed hands?

Treharne: “The City of Marion worked with a private sector firm to acquire the runway and fixed-base operations building. The airport operations, charter services, flight training, fuel sales, and maintenance operations remain private. The city’s involvement has opened up some funding opportunities. We’ve received two grants from the State of Iowa – one for the completion of an Airport Layout Plan and the other for some zoning and land use planning around the airport. We’ve also applied for and are hoping to receive dollars for runway improvements.”

BVM: You also mentioned that “the acquisition of the airport opened the door for the development of 68 acres of commercial ground, east of the site.” Has that area been prepped for development?

Treharne: “The area surrounding the airport is developing; it’s more of an industrial area. We recently announced a major expansion of Legacy Manufacturing. The company is going from a 100,000-square-foot building that just opened about two years ago, and building a 200,000-square-foot addition. It has been a great project for the city. They’ll have the largest building in the community when it’s complete.”

BVM: The Prospect Meadows Ball Fields is a 17-field baseball and softball complex on 128 acres, with a “Miracle Field” specially built for people with disabilities. That’s got a $14 million price tag. How’s it going?

Treharne: “This is another project that will be transformative and position the community as a destination for sports tourism. Organizers continue to make progress and are working to meet fundraising goals. We anticipate breaking ground in the spring.”

Treharne: “We like to say all trails lead to Marion. We have about $10 million in funding coming in from the state. Working through the process of designing trails with state dollars takes a little time, but we have two design contracts – one for the CeMar Trail ($3 million for the Marion portion) and one for the Indian Creek Trail ($2.8 million) which connects Uptown to the north side of town.”

BVM: Anything else going on in town that you would like our readers to know about?

Treharne: “Sure. In May, we celebrated the completion of the Uptown Artway. It is situated in the heart of our central business district. In essence, we’ve transformed an underutilized alley into an amenity and place where people want to be.

“Marion secured a $350,000 grant from ArtPlace America in 2014. (ArtPlace America is a collaboration among a number of foundations, federal agencies and financial institutions that works to position arts and culture as a core sector of comprehensive community planning and development in order to help strengthen the social, physical and economic fabric of communities.) The City invested $320,000 to make utility and infrastructure improvements and over $200,000 was invested in nine public art installations by national artists. Five pieces were created by Iowa artists.

“The idea dated back to 2009 as our Central Corridor Master Plan was being developed. A consultant suggested thinking of ways to creatively use the alley entrances for business access when one of the main thoroughfares through the City is reconstructed. The project was very collaborative in nature and has become a gathering place and great source of pride for the community.

“Other redevelopment projects in Uptown Marion could significantly increase the number of urban housing options that we have to offer.

“The need to expand our current public library has brought forward a proposal from a private developer for a new four-story-mixed use building to include the library, commercial space, and three stories of apartments. The current library is on a non-taxable parcel, and through an RFP, we received a response for an additional four-story building on that site – one level with an office and three levels of apartments.

“If both of these projects materialize, we’ll be adding 150 apartment units to Uptown – three times what is currently available. That will change the whole dynamic.

“The vision outlined in our Central Corridor Master Plan has made us more intentional and deliberate in identifying the types of businesses and residents we are trying to attract. You see this in the housing options being added, as well as the restaurants and businesses that cater to a younger labor force. We want see our Uptown become a hot bed for the area, particularly for those looking for a ‘funky’ place in Iowa to call home.

“We really have a lot going on; it’s pretty exciting to be in my position.”

WHO: Marion, Iowa
WHAT: A town of 40,000
WHERE: East central Iowa, near Cedar Rapids
WEBSITE: www.cityofmarion.org

Abode Construction – Based in Marion, Iowa, Abode Construction is a full-service home builder in the greater Cedar Rapids area.  Its services include residential home building, commercial construction, excavation, water and sewer infrastructure, and landscaping and landscaping design. The company is a leading Energy Star Builder in the area and state and is committed to providing high quality, efficient, and appealing products and neighborhoods. – www.abodeconstruction.com

Stanley Consultants – Founded by Charles Young in 1913, today, Stanley Consultants, Inc. is an American-based international engineering, construction, and environmental engineering services company with its headquarters in Muscatine, Iowa. The company has offices in 30 locations in the U.S. and other countries and has undertaken projects in over 103 countries. – www.stanleyconsultants.com 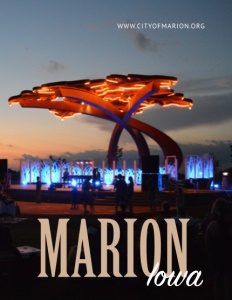