The logic of moving forward

Business View Magazine interviews representatives from Adelanto, CA, as part of our focus on best practices of American cities.

The City of Adelanto, California is located in the Victor Valley of the south-central Mojave Desert in the County of San Bernardino. It was originally founded in 1915, by E. H. Richardson, the inventor of what became the Hotpoint electric iron, after he sold his patent and purchased some land for $75,000, hoping to develop one of the first planned communities in Southern California. The name Adelanto means “progress” or “advance” in Spanish, and was first given to the post office that was established on the site in 1917.

Richardson subdivided his land into one-acre plots, which he planned to sell to veterans with respiratory ailments suffered during World War I. He also hoped to build a respiratory hospital for them. Although Richardson never fully realized his dream, his planning laid the foundation for the present day City of Adelanto.

For many years, the area’s main product was fruit and cider. The orchards thrived until the Great Depression, when they were replaced by poultry ranches. In 1941, the Victorville Army Air Field was established nearby, renamed the George Air Force Base in honor of the late Brigadier General Harold H. George, in 1950. The city incorporated in 1970 as San Bernardino County’ smallest, and became a charter city in November 1992, the same year that the Air Force based was closed and became the Southern California Logistics Airport, designed for business, military, and freight use. 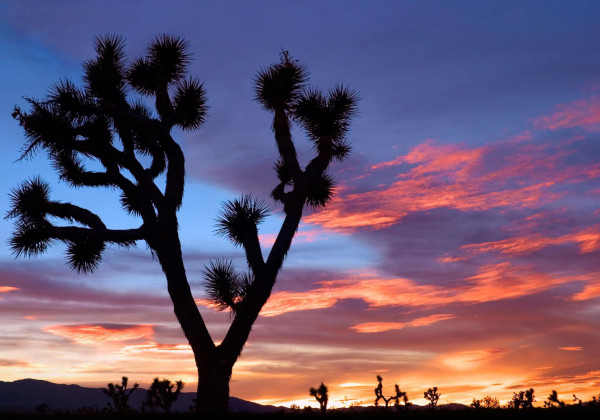 Logistics is now the main business in Adelanto, population 37,000, as well as in much of the surrounding communities, which, together, extend the population to over 200,000 within the city’s ten-mile radius. And according to City Manager Jessie Flores, his city’s central location in southern California is a chief attraction for further development of the sector. “The City of Adelanto is a very unique city,” he states. “We have two major arteries that travel through our city, or are adjacent to our city, and that is Highway 395 and Highway 15. Both of these arteries travel north and south and are great arteries for distribution and logistics. Highway 15 travels all the way to Nevada and Utah and down south into San Diego and the Mexican border. Highway 395 comes all the way in from the Canadian border into Bishop, Mammoth, and it pours into the City of Adelanto and merges with the 15 Freeway, heading southbound. We also have another artery, known as Highway 18 that connects our county with the County of Los Angeles.”

“Those are all great opportunities for potential development for retail and commercial centers within our city and we’re aggressively working toward that,” Flores adds. “We’re 56 square miles and only about 15-18 percent of our land is built out, so there’s a lot of opportunity to grow within our city. We’re about an hour and a half to Los Angeles; two hours to San Diego; about two and half hours to Las Vegas; and two and a half hours to Arizona. That puts us in a logistical hub position and it’s a great opportunity to attract such companies as Amazon to create fulfillment centers or other types of distribution, cold storage, or warehousing.”

Another asset that Flores believes gives Adelanto a competitive advantage is attracting new business, is the way in which the city has decided to professionalize its outreach to those potential new residents. “Most cities will tell you that they’re business-friendly and when developers show up their city, they encounter a tremendous amount of bureaucracy and delay,” he explains. “One of the things that the City Council has created is a business-to-business philosophy within one of our major departments – our Land Use Department – which is comprised of Building and Safety, Engineering, as well as the Planning Department. We outsourced that entire department to the private sector, creating that business-to-business philosophy. So, when you have a business come in, it’s engaging with another business. They understand each other, and understand how time-sensitive these projects are to break ground. So, by outsourcing that specific department to the private sector, we’re able to streamline projects at a much faster rate than you would, otherwise.”

Adelanto has two industrial parks, one on each side of Highway 395. Recently, the west side park has been designated as the city’s “cannabis zone.” Says Flores, “We have embraced all areas of the cannabis industry and are the only city in this area that has. We cultivate the cannabis, we manufacture it, we distribute it, we also transport it, and we have dispensaries, as well. Most importantly, the City Council, the Mayor, and the Mayor Pro Tem are very supportive of the industry and have created a business-friendly platform where we have the lowest cannabis rates on all of those categories I mentioned, in the State of California. Our cultivation rates average out to about $5 a square foot, per year and all the other categories – manufacturing, transportation, distribution, testing – those are all at one percent, and that is a very business-friendly tax rate within the cannabis industry.”

But Adelanto is far from a one-business town. “We also have non-cannabis related activity in our city,” Flores notes, “such as General Atomics, a private air defense contractor that has a contract with the federal government and builds the engines for the Predator drone. We also have attracted Clark Pacific, one of southern California’s largest concrete manufacturers. They secured 110 acres within the city, and they are already up and running. They secured a contract with Apple to build their headquarters office. They built the Charger Stadium and major off ramps and large parking structures in various cities in Los Angeles, Sacramento, and San Diego, to name a few.” 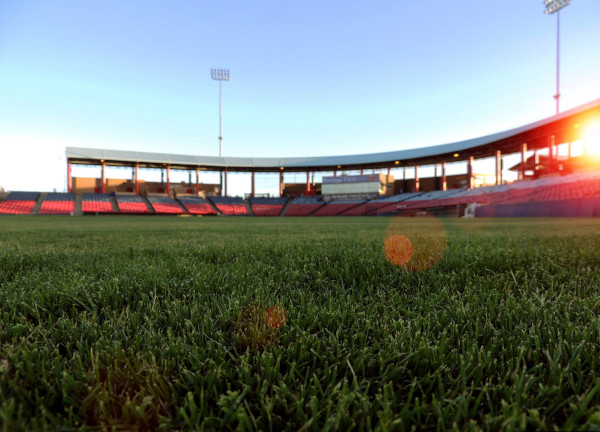 Speaking of stadiums, Adelanto, California has its own. The city-owned $6.5 million Adelanto Stadium was built in 1991 for the High Desert Mavericks, a Minor League Baseball Team in the Class A-Advanced California League that played there until 2016. In 2017, the High Desert Yardbirds of the independent Pecos League took over the diamond. Most recently, the city has utilized the stadium for music concerts, cannabis-related events, soccer, motocross, rodeo, and other types of entertainment.

Flores believes that Adelanto, California’s best days are surely ahead. “We’re building a new city,” he exclaims. “We’re not rebuilding and there’s plenty of land to do so.” One item on the city’s agenda is potential development in the Rancho Road area. “Right now, it’s the center of our city, and divides it north and south,” says Mayor Pro Tem, Stevevonna Evans. “We want to bring the two sides together, so we’re looking for businesses to come in there. Maybe some stores on the bottom with apartments and/or hotel situations on the top; kind of a downtown where people can have dinner, go to a movie, maybe a couple of upscale bars. It’s already zoned as mixed use.”

Meanwhile, some interesting projects are already beginning to manifest. “Tesla has expressed an interest in our city with respect to bringing in 16 supercharging stations to one of the local developers that’s going to be breaking ground for a brand new gas station and car wash along 395,” Flores reports. “We also have major retailers in our city such as the Lewis Group. They recently completed approximately $5 million of offsite improvement along Highway 395, and they are attracting commercial and retail development to that site. We have a major solar project that is in its infancy; they’ve already secured all the property that is needed – close to 1,000 acres. They’re now going through all the environmental studies, and it’s going to take about a year and a half before we can start seeing some activity there.”

In what becomes a virtuous circle, more development breeds more jobs, which breeds the need for more housing, which creates a further demand for more development. And Adelanto is in the middle of the ring. “We have attracted some of southern California’s largest home builders such as Frontier Communities, as well as D.R. Horton,” says Flores. “We’ve broken ground on over 200 homes and we have several more housing projects underway. That has created a demand for retail and commercial development along Highway 395, which is our major hub.” To help further that new development, Caltrans, the state’s transportation authority, has recently funded a project to widen the part of Highway 395 that runs through the city, from two lanes to four. “And ground has broken on that artery,” he adds.

Clearly, Adelanto, California is on the edge of some substantial growth – something that Mayor Pro Tem Evans says everyone is keen to experience. “Our residents have been waiting and anticipating us growing,” she declares “So, not only do you have an eager city council and staff, you also have eager residents who are ready to shop and spend their dollars here in Adelanto.”

“Come and help us,” adds Flores, “and together, we can move it forward.”