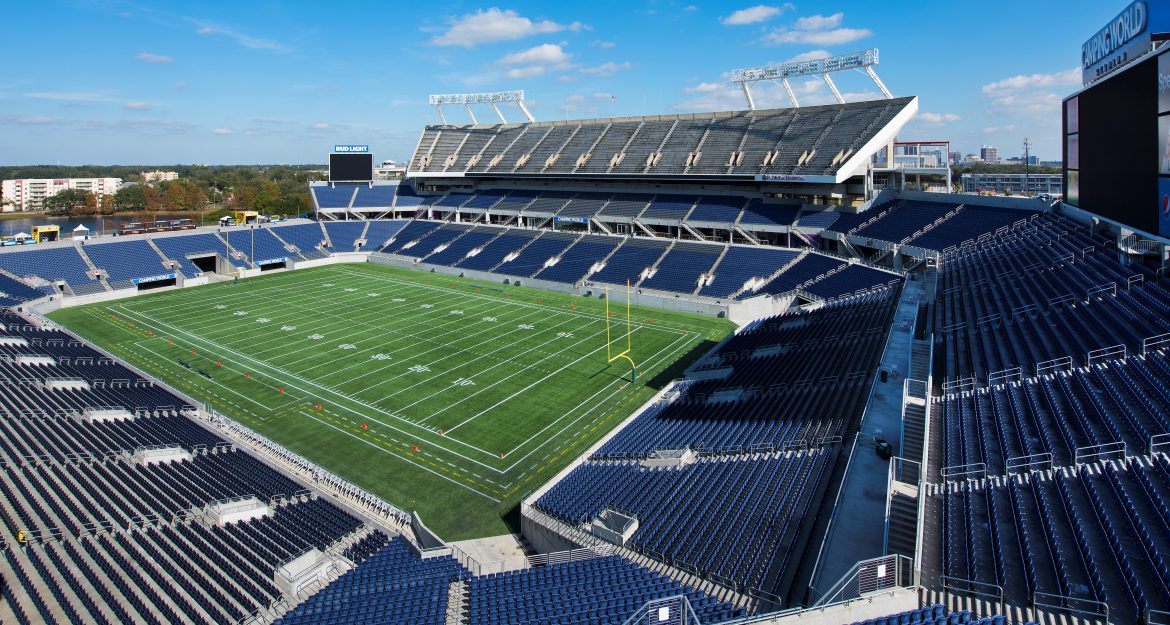 The City of Orlando owns and operates multiple arts and cultural facilities designed to enrich the lives of Central Florida residents and visitors. Collectively managed by the Orlando Venues Department, these unique communal gathering places include the Amway Center, Camping World Stadium, the Harry P. Leu Botanical Gardens and the Mennello Museum of American Art.

Allen Johnson is the Chief Venues Officer for Orlando Venues. Two of his biggest responsibilities are managing the 20,000 seat Amway Center, home of the Orlando Magic of the NBA, and Camping World Stadium with its capacity of 62,500 fans.

The Amway Center opened in 2010. It was built as part of the city’s Downtown Master Plan 3, a $1.1 billion redevelopment project that included a new arena to replace the original Amway Arena, located several blocks to the north, a new performing arts center, and an a complete renovation of the nearby Citrus Bowl, which ultimately was renamed Camping World Stadium in 2016. The 875,000-square-foot Amway Center was funded through a variety of sources including loans, funds from the area’s tourist development taxes on hotel room nights, some $62 million from the Magic’s ownership, and another $100 million from the local CRA (Community Redevelopment Agency) for land costs and a parking garage attached to the property.

“It’s considered one of the premier venues and, in fact, people come here when they’re talking about building a new venue, or renovating their venue; they take a tour of our facility,” Johnson relates. “Even though there have been others that have opened since us, we still have a lot of people come to check out what we do and how we do it because it’s state-of-the-art, and we try to be cutting edge in providing customer service and fan experience for people who come to the shows and all kinds of other events.”

On a daily basis, the Amway Center is home to the Orlando Magic and the Orlando Solar Bears, an ECHL (East Coast Hockey League) franchise. “We also have concerts, ice shows, spectacle shows such as motorcycle events, and we do some high school band competitions,” says Johnson. “We had 32 concerts, this year, which is our best year, ever. We’ve had numerous recognitions and awards, including LEED Gold status as well as a Sports Business Journal Facility of the Year award. Recently, the Amway Center was recognized by the International Association of Venue Managers with the 2017 Venue Excellence Award – we are the only arena recognized, this year.”

Camping World Stadium began life in 1936, as Orlando Stadium, and has also been known as the Tangerine Bowl and the Florida Citrus Bowl. It had been renovated several times over the years, but in 2014, about 90 percent of it was taken down and rebuilt anew. “The Stadium was funded by three sources,” Johnson says. “The tourist development tax was the largest of the funding sources; Florida Citrus Sports, our primary tenant, contributed $6 million; and our food company, Levy Restaurants, provided some capital, as well.”

“It’s been very successful since it has reopened. It’s had many, many big events, including Bowl Games and professional football, WrestleMania, international soccer; it’s been a very versatile facility and since we reopened, we’ve had great success with a number of events, including The Rolling Stones, Guns N’ Roses, Metallica, and the 2017 NFL Pro Bowl, which is coming back here in 2018.”

When it comes to booking events at these premier venues, Johnson believes that Orlando has several advantages over the competition. “We have a great location – Central Florida,” he begins. “We have a great population base of 2.4 million. We also have another attribute that not many cities have and that’s about 69 million visitors that come into Orlando on an annual basis. And we’ve learned how to get them to other events by getting the word out. So, people plan trips to come here around their other activities. If they’re going to Universal, or Disney, or SeaWorld, we capture them to add something – a game or a show – to their itinerary. If people want to see an artist, and they have a choice between different cities, people will often pick Orlando because there are so many other activities to go along with that concert experience.”

Johnson believes that another competitive advantage is Orlando Venues’ history of success. “We have a venue that has a proven track record of hosting major concerts. We’ve been selling tickets extremely well for a variety of shows,” he reports. “We work with all the promoters: Live Nation and AEG for the concert side and Feld Entertainment for the family show side. We developed those relationships through the years and continue to have them. So, we want to be the first place they think of when they’re bringing a show into Florida; to be one of the stops that they put on their calendar.”

Even though both venues are relatively new, Johnson says that staying abreast of current technological advances is an ongoing concern. “I think that any venue, today, has to keep up with technology because the consumers, the patrons, are demanding that,” he states. “They expect to be able to post socially; they expect to be able to see what else is happening if there are other games they may be following. So, that is our biggest expense and one of our biggest challenges, whether that’s infrastructure, WiFi capacity, or distributed antenna system (DAS) capacity. Even though we’re only seven years old, we continue to spend money every year on technology inside the Amway Center, and we just spent more money at the stadium to improve our WiFi distribution and service.”

Johnson mentions some additional ideas for Camping World Stadium upgrades: “We still have some plans, if funding becomes available, to increase the number of suites that we have, as well as finish some work on the clubs. We have indoor clubs and some outdoor clubs, and ideally, if money becomes available, we might enclose those outdoor clubs to make a full level of indoor clubs. We have a synthetic turf product, so we have to plan about every seven to ten years to replace that – that’s another capital expense coming up in 2020 or 2021.”

Johnson considers the two main arms of Orlando Venues to be unique in that they are part of a city government but, nonetheless, are run efficiently and effectively. “That’s one thing I’m really proud of,” he says, “that we’re able to operate within the public realm, which has a lot of rules and bureaucracy, but we’re able to break through those because of a very supportive mayor who has made the venues a priority – Mayor Dyer was the one who spearheaded getting them approved, funded, and built. And because of that, we’re a unique operation.”

“We consider ourselves the leader in our industry as far as the staff that we have here, the things that we implement, and try to do,” Johnson says, summing up. “Live music, live sporting events – being there is still special and our job is to make sure that we do everything within our power to make that event, that experience special. We want to make sure that we are staying ahead of the curve. And I believe that we accomplish that on a daily basis.”

WHO: Orlando Venues
WHAT: Manager of the Amway Center and Camping World Stadium
WHERE: Orlando, Florida
WEBSITE: www.orlandovenues.net 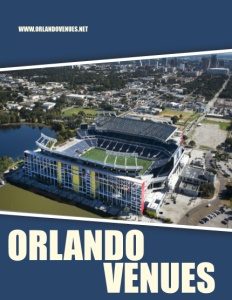