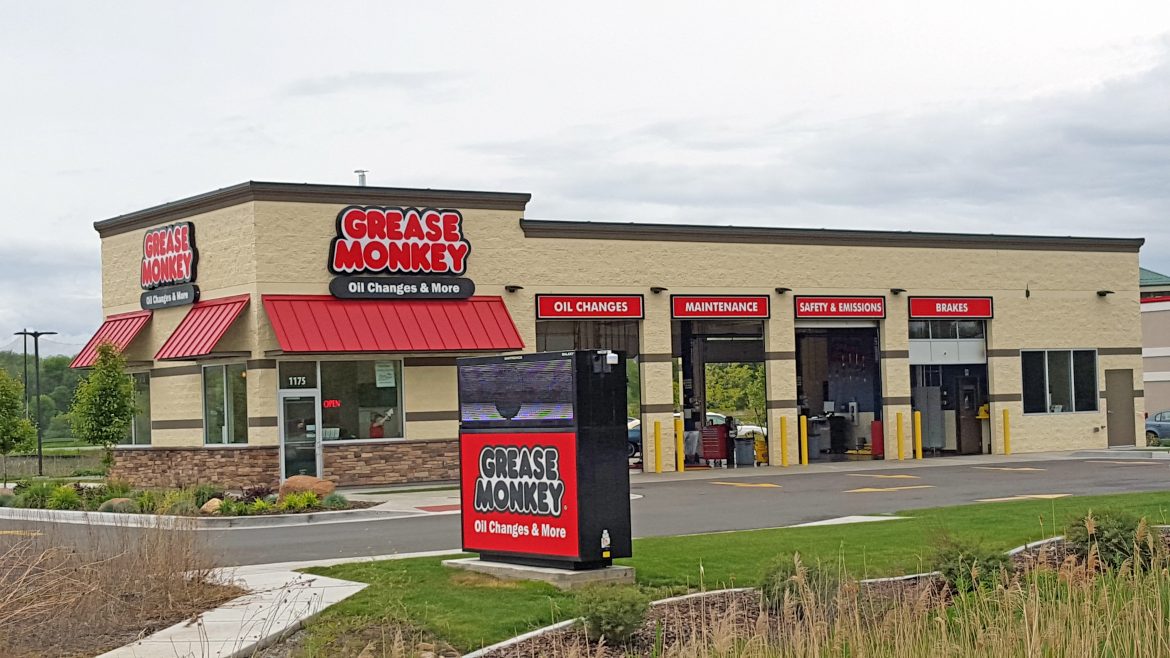 The term “grease monkey” is said to have originated in Great Britain during the Industrial Revolution. Prior to the widespread use of electric motors small enough to be connected to each piece of machinery on a factory floor, power was distributed from a centralized steam engine to the individual work stations through the use of line shafts and their many component parts – gears, belts, axles, pulleys, and bearings. The line shaft ran along the building’s ceiling and all of its elements had to be continually lubricated. The small boys whose job it was to crawl amid the tight spaces in the ceilings to do this dirty job seemed to resemble a bunch of grease-covered monkeys to the workers toiling below them.

Years later, the term began being applied to mechanics, and more specifically to car mechanics, who like their factory forebears, were oftentimes stained with the various greases and oils needed to keep the component parts of an automobile running smoothly.

Ralph Yarusso is Grease Monkey’s Chief Operating Officer for Franchising, with whom Business View Magazine has spoken several times over the last few years. During our most recent conversation, Yarusso updated us on some new developments, including the company’s recent acquisition of SpeeDee Oil Change and Auto Service from TBC Corporation.

Yarusso says that with the addition of the SpeeDee franchise locations, Grease Monkey now has a total of 519 stores throughout the United States and Mexico, including 91 that are company-owned. “Our biggest plan with them is to grow the chain,” he reports. “It’s been somewhat dormant for the last several years, so we have reinvigorated franchise development and we will continue to go forward with restarting the growth of that brand. We have a much bigger footprint now in cities like New Orleans, the Bay area, Boston, Dallas, and a larger presence in the Virginia area. We’ve added those major metropolitan areas and the Speedy Brand helps augment our Grease Monkey brand in other cities like Seattle, Denver, Salt Lake City, Fort Myers, Florida, and so on.”

Yarusso adds that Grease Monkey will also continue to “repopulate the development pipeline with additional stores. We also are incredibly proud of the fact that we have not closed a center in nearly three years! Regarding recent developments, we recently opened up a center in Lubbock, Texas – our first store, there. We opened up three centers in Phoenix; we’ve opened two centers in California. These are all brand new Grease Monkey franchised stores.” The company also has its sights set on foreign lands. “We are just getting ready to open Saudi Arabia,” Yarusso says. “Our first store should be opened, this month. And we also opened Colombia, South America. We continue to look for international expansion; we’re currently exploring opportunities in Peru.”

The company has also relocated its world headquarters. “”We’re still in Greenwood Village, Colorado, but because of our rapid growth, we needed a larger facility,” Yarusso states. “We have increased our operations department, our training department, and our accounting departments, accordingly. We added a Vice President of Marketing who is a highly-seasoned professional. His name is John Vitagliano and he’s been with us since January. He has a plethora of knowledge in marketing and advertising.”

Finally, Yarusso says that the company is up to 99.9 percent compliant with its “Pit Crew Guarantee,” a customer service amenity it introduced about a year ago. “I think I’ve got one store that’s not compliant,” Yarusso quips. The Pit Crew Guarantee stipulates that once a vehicle rolls into a service bay, it will be serviced in a specified amount of time that is determined by the franchisee – normally anywhere between 15 and 20 minutes.  A store that goes beyond the promised, specified period of time will refund a dollar for each minute that it’s over.

And so, this past year, this successful car care company has, once again, proved that it is constantly growing, constantly innovating, and constantly determined to meet its customers’ needs in the Grease Monkey way. Or in other words: “Less hassle, more hustle!” 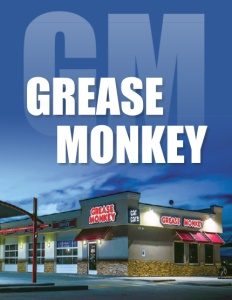