Founded on July 1, 2012, Peachtree Corners, Georgia is Gwinnett County’s newest city, ideally located close to major highways, I-85, I-285, and GA 400, just 30 minutes northeast of Atlanta, “The Corners,” as it is affectionately known, covers 17 square miles in the southwest corner of the county and is an active, family-oriented community. Residents and visitors are awed by the scenic vistas and outdoor opportunities provided along the seven miles of the Chattahoochee River that define Peachtree Corners’ western border. The entrepreneurial spirit is alive and well and encouraged at the city’s technology incubator which was the first step in creating an innovation hub now called Curiosity Lab at Peachtree Corners. Curiosity Lab is a world-class living laboratory for testing autonomous vehicles and smart city technology in a real-world environment.

The new city was the dream of Georgia Tech graduate and developer, Paul Duke, in the late 1960s. His vision of creating the planned community of Peachtree Corners included Technology Park Atlanta, a campus of low-rise buildings for high technology industries with the goal of keeping graduating students in the area. Today, Technology Park continues to attract high-tech and Fortune 500 companies, drawing top-tiered engineering talent from across the country. Peachtree Corners is also the headquarters for many regional, national, and international corporations that thrive in the pro-business environment, which offers a zero millage rate. 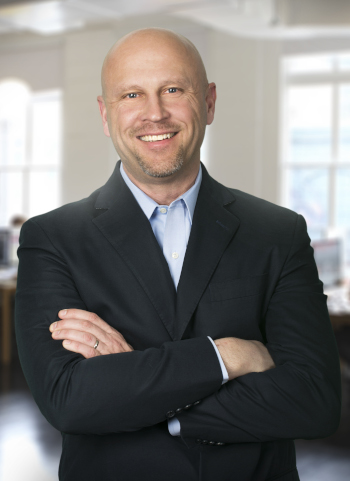 Business View Magazine spoke with City Manager, Brian Johnson, and Betsy Plattenburg, Executive Director of Curiosity Lab, about the amazing Curiosity Lab at Peachtree Corners – an innovative environment that opened on Sept. 11, 2019 and is, literally, driving the advancement of technology. The following is an edited transcript of that conversation.

BVM: How did the Curiosity Lab come into being?

Johnson: “Our city is only seven years old and has a population of about 45,000 people, but we also have about 45,000 jobs. We are a major regional job hub, to a large degree, because of Technology Park Atlanta. It sits on over 500 acres, with more than 7,500 workers, and over 1,000 residents. It was where the modem and the color printer were invented; Scientific Atlanta (now Cisco) was founded here. It has made its mark on technology, but that success and the economic activities that emanate from this technology park are also a very important part of Peachtree Corners. Because it generates so much business activity and sales tax, it’s one of the reasons we can be a full-service city with no property tax. The city is very sensitive to making sure we protect, and foster, and cultivate support within the Park and the technology industry, wherever we can, which is what led us to initiate the economic development project that has become Curiosity Lab.

“As a city, we are experts in infrastructure; we have to own, operate, and maintain roads, water, sewer, drainage, etc. So, we thought, ‘Why not use a small section of our infrastructure and enhance it to create what we call “a sandbox” for people to come experiment in?’ We ultimately decided, ‘let’s take a mile and a half section of road inside Tech Park Atlanta, among all these existing companies, and add a bunch of devices, systems and networks. Let’s add a test track and a lot of technology infrastructure and tie it together in one location to create a living laboratory for true technology innovators.’”

BVM: Can you give us some details on the concept and operations?

Plattenburg: “Curiosity Lab is an economic development initiative of Peachtree Corners and 100-percent owned and operated by the city. Because we own the roads, the sidewalks, and the right-of-way, there is one decision maker in terms of who can test, which allows us to be very prompt if someone is interested in testing, and very flexible about what they can test. For instance, if somebody wanted to test something that needed to be embedded in the road, or needed to be standing next to the road, or needed to run on a sidewalk, or even in the air – we can test drones under 400 feet – they don’t need to go to multiple government entities to make that request. They only need to come to one place.

“We’re finding that’s of great interest to small and large companies, alike. Because anytime you get on a public roadway, there are multiple jurisdictions and it can be a very lengthy approval process; if you get approved at all. Also, because the track sits in an existing technology park, the thousands of people who live there and work there will be interacting with the track all the time as they go about their business. Because most test tracks are behind closed doors in very controlled environments, this one will be unpredictable and that’s quite appealing to people who want to test.” 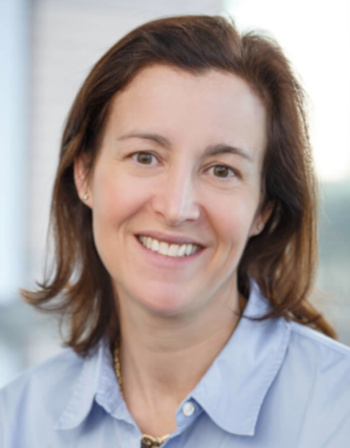 BVM: What makes the track and the Lab unique?

Plattenburg: “Some unique features of the track is that the road curves significantly in its 1.5 miles; at one point there is a 13-percent elevation change, which matters when you’re developing advanced vision systems for vehicles of the future because computer vision needs to be aware and make changes in real time when these things happen. And we have very tall, shaded trees along the route. Again, that matters from a vision standpoint because the shade patterns and sunlight change throughout the year. Those three things are very interesting to people who want to test advanced vehicles because you can’t typically find them on a closed track.

“We are opening this track up for early-stage startups, Fortune 500 companies, and anyone in between, from anywhere in the world that has technology they want to test, demo, or deploy. We are welcoming them to Peachtree Corners for a day, a week, a month, six months, whatever it might take for them to develop their proof of concept. Part of our economic development story is that we’ve already generated revenue for local hotels and restaurants because we’ve had so much initial interest.

“In essence, Curiosity Lab is a 5G-enabled, autonomous vehicle and smart city living lab. Some testing will be done on the roadway, some you’ll never see, such as testing communication systems with vehicles. It might be lighting, charging, vehicles communicating to buildings to control the HVAC as you approach – anything in the IoT around smart cities or mobility. We have all this infrastructure you can access, including 5G, and we provide a test environment for companies to see the possibilities of their technology. We’re making the infrastructure available at no cost – but there is an application process, as well as regulatory and insurance requirements that companies need to meet. You can’t just show up as a person with your widget. If you meet the standards, we’ll welcome you to come and test on the track, as part of our economic development initiative.”

Johnson: “People are spending money at our hotels, restaurants, shops; that’s exactly why we’re doing it and why we’re prepared to allow the facilities to be used without it being a pay-to-play program. We benefit from the indirect activity, depending on how long you are here. Ultimately, we want a company to like it so much that they want to relocate, expand, or create a business here. And now we’ve got permanent presence; jobs being created or retained; families moving to the city; house values stable or increasing – a community where people want to live, work, learn, and play.

“We activated our 5G environment in Tech Park around the same time as downtown Atlanta, largely because we were constructing Curiosity Lab. Sprint (for 5G utilization) and Georgia Power (for smart cities applications) have invested directly into the Lab and are using it for their own testing. We’ve recently announced partnerships with Georgia Tech and Delta Airlines to test here. We’ve also had companies move into unoccupied buildings in Tech Park, instead of other locations in Atlanta, because of Curiosity Lab. So, we know that we’ve already benefited, to a degree, from that and, going forward, we’ll be able to track the economic dividends we’re achieving.”

BVM: What are the most important points you’d like to share about Curiosity Lab at Peachtree Corners?

Plattenburg: “We have interest from around the world and we are inviting people to come in and test regardless of their current location, which is an exciting prospect and helps us to meet our economic development goals in the city.”

Johnson: “We have existing 5G wireless infrastructure available in the Lab for free. The facilities themselves and all the other technology – DSRC (Dedicated short-range communications), smart street lights, smart traffic signals, all looped in together to a network operation – are also free. We do not require intellectual property ownership of anything created here. And we respect proprietary confidentiality. We are the only governmental entity that regulates and coordinates usage of this living laboratory.

“In addition to that, we have a public street, in this case the Living Lab, that has general liability insurance covering the general public and all the testing of these technologies. It is insured for driverless vehicles, drones, cyber security, data, etc., because the public is interacting with these entities. When you combine all those factors, we can confidently say that this is the first living laboratory of its kind in the world. And we are very proud of that.”