To residents and visitors alike, Tecumseh, Ontario offers an enticing blend of small town charm and big city amenities and opportunities. The town’s 24,000-plus residents enjoy the best of both worlds – situated conveniently close to an international metropolitan population of five million, yet far enough away from the hustle to appreciate the natural beauty of its southwestern Ontario location.

Business View Magazine recently touched base with Tecumseh Mayor, Gary McNamara and Manager of Strategic Initiatives, Lesley Racicot, for an update on how infrastructure, economic development, and sustainability have progressed since we last featured the Town in our March 2017 issue. The following is an edited transcript of that conversation:

BVM: Mayor McNamara, you’ve been in office since 2003 – a good long run. Are you happy with the results so far and what are your goals for Tecumseh going forward?

McNamara: “The goal is to continue building on our sustainability, that’s been the key to our success. It hasn’t been easy. In southwestern Ontario we’re heavily dependent on manufacturing, and the global meltdown in 2008/09 was very stressful on our business community and residents. But we were positioned prior to that to absorb some of the impact through the Planned Asset Management program we started in 2004.

“It’s given us the flexibility to weather some bumps. That recession was a big one. Out of 300 tool and mold businesses, 51 were idled, struggling to pay their taxes. So, we carried a lot of them over five or six years. The good news is every one of them is up to date on their taxes, the 51 buildings are all up and running, and we’ve had new additions, since. Those were happy outcomes being Mayor. And it’s the philosophy of the town, too, that you must be firm but not to the point where it affects your constituency.  We’re here to help to a certain degree and in the long run it paid off.”

McNamara: “We’re not afraid to reach out to our constituency. Every other year we do a customer satisfaction survey with some pretty tough questions about the services. For example: Do you feel you get good value for your tax dollars? Are you pleased with policing, fire, waste pickup, recycling, recreational facilities, etc.? In the last three years, we averaged about a 98 percent approval rating. It’s a great tool to learn where we can improve our servicing delivery. The survey covered quality of life issues and we wanted to make sure it reached not only seniors, but young adults and young families. They were asked specific questions about where they reside in the municipality to make sure all four wards were covered – from rural to the densely populated areas.”

Racicot: “Results are taken from 400 calls made by the survey company. We also received about 200 online responses and those were used for follow-up on topics such as public safety. People were concerned that there wasn’t enough of a police presence in the community. We took that back to the OPP and worked with them on increasing their visibility and taking care of some troublesome spots in town.”

BVM: Last year you were anticipating additional residential development. Has that happened?

McNamara: “Two of those big subdivisions are almost full, so we’re opening up other lands for residential growth. In the old town core, there’s been a significant uptake in terms of dollars for community improvement. On the books, we have two condominium developments in the planning stage. In another part of town, there’s a 71-unit condo and marine development coming to council for rezoning. And a major grocery store is making its way through our planning department, so there’s a lot of activity.

“Our Oldcastle industrial park is doing extremely well. Also, last year we had at least a dozen new smaller retail stores open and we suspect that will continue, as the condo developments will drive further commercial business. And we’re adding an incentive to kick-start greenfield commercial development – basically, a one-year moratorium on development fees, in particular the building permit phase. That, in itself, could save a fair amount of money for potential developers.”

Racicot: “Last year we announced our Community Improvement Plan had reached $250,000 in grants for businesses, which is a significant investment for this town. It really stimulated development and brought in new businesses. We’re right next door to Windsor, and a healthy vegetarian restaurant that began there opened a new location here in Tecumseh. That spurred a yoga studio to open beside them. Those investments have really helped the core area, and the town is now moving ahead with streetscaping. We’re really looking forward to that this year.”

McNamara: “We’ve done significant infrastructure improvements, going back to the very first ‘once-in-one-hundred-years storm’ in July 2011, where we’ve invested close to $30 million in the municipality with new pumping stations. We now have emergency power backup to all our storm and sanitary pumping stations. We added a huge channel in Lakewood Park, as well as a deep sanitary sewer storage facility with a new pumping station. Just recently we put a $3.4 million investment into our sanitary sewer system. We did receive a grant from the provincial government and the Federation of Canadian Municipalities Green Municipal Fund to take inventory of all our sanitary and storm sewers to see if repairs need to be done. Preliminary reports are that sewers are in good shape, but work is required in residential areas, the private side, where disconnection from downcomers is critical and some illegal connections to the system need to be vetted.

“Our public works department is working diligently, and we are continuing our grant program on back-flow preventers and putting in sump pits and disconnections. Last year, we were oversubscribed – close to 600 residents applied for grants. It’s paying off because in the Sept. 2016 flood events, close to 20 percent of residents were affected in Wards One and Two. In the Aug 2017 event, that number dropped to 145 homes vs. 2000. Less than 45 with sanitary sewer backup.”

McNamara: “We’re into year three since our streetlight conversion to LED. Our arena has 2400 solar panels on the roof; when we did it almost a decade ago it was the largest rooftop solar project in Canada. Since then, it’s been performing extremely well, producing 500 kilowatts of power and income for the municipality.  We’ve now partnered with Essex Power to look at ED stations for electric vehicles. We applied for a grant with three other municipality partners – La Salle, Amherstburg, and Leamington – for a $10 million project creating what we call ‘virtual megawatt savings.’ We’re also looking at a mini-grid system for our proposed Sportsplex, where we’ll introduce four megawatts of battery storage and more panels. We could be producing all our power and storing it through solar.”

Racicot: “At our first Earth Day celebration last year, we introduced a naturalized area in Lakewood Park and invited citizens to come out and plant trees. We continue to build on that. This year, we’ll be encouraging residents to do more recycling, in anticipation of the province’s waste diversion legislation restricting the amount of waste to the landfill.

“Bonduelle (a large food packaging company located here) is looking at ways to reduce their environmental footprint, so we’re helping them out with information on grant funding. They’ve already developed two ways of reducing their organic waste: 1) sending it to a bio-digester owned by a local farmer, and 2) incorporating a wastewater management system. We encourage residents and businesses to think green and if we can help, we’ll do so.”

BVM: How would you sum up Tecumseh’s success in town management?

McNamara: “In a word: sustainability. That means a lot of things – fiscal sustainability of the community and quality of life opportunities are extremely important. We have twice the per capita of green space of any community in Canada through our parks system; more than 50 parks, some as big as 75 acres. We’re developing trail systems throughout Tecumseh to connect those parks and connect us to our neighbors. The Sportsplex we’re looking to build will be a regional facility, but it also involves a lot of our stakeholders and partners. We’re proud that it’s a public/private partnership, with school boards, our cardiac rehabilitation center, Hotel Dieu-Grace Hospital, as well as other public entities. That’s how you build sustainable communities.

“We’ve done our piece on asset management, we have a mature life-cycling plan on existing assets. We’re already putting dollars aside for new assets that aren’t even here yet. That creates stability for future taxes and gives certainty to our business community in terms of their costs moving forward.”

Check out this handpicked feature on the City of Alvin.

WHERE: On Lake St. Clair in southwestern Ontario

The Job Shoppe – The Job Shoppe specializes in temporary staffing and permanent placement for specific industry sectors. A key factor that differentiates the company from others is its unique team structure. Each team consists of two consultants who are responsible for both client service and candidate selection, ensuring that one is always available to both clients and candidates. To date, the Job Shoppe has filled 12,257 positions for 564 clients. – www.thejobshoppe.com 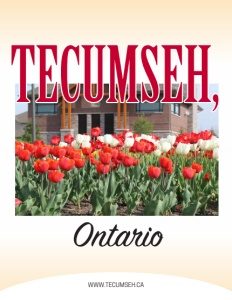