Rocky Mountain Metropolitan Airport (RMMA) is a public-use airport located in Broomfield, Colorado. The Airport, which opened in 1960, is owned and operated by Jefferson County, and is situated midway between Denver and Boulder on U.S. Highway 36. Formerly known as Jefferson County Airport, or Jeffco Airport, the Airport was renamed Rocky Mountain Metropolitan Airport on October 10, 2006.

RMMA, the closest airport to downtown Denver, covers 1,700 acres and has three runways, the longest of which is 9,000 feet. Although, currently, it has no scheduled commercial flights, it is still the fourth busiest airport in the state, with over 170,000 total operations in 2018. RMMA is home-base to over 415 general aviation aircraft, up from 385, last year. “We have 45 percent corporate, about 40 percent GA, and the other 15 percent is basically transient aircraft,” says Airport Director, Paul Anslow, who appreciates this past year’s nine percent growth rate in GA traffic, but would also like to see Rocky Mountain Metropolitan Airport resume commercial service. 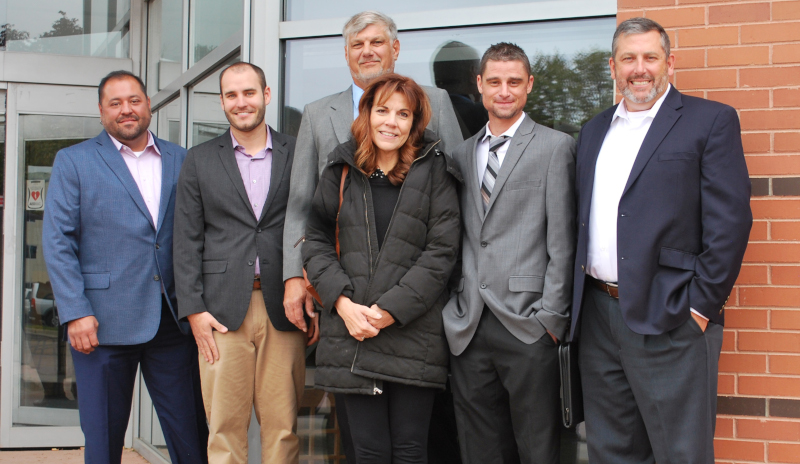 “We used to have six-day-a-week commercial,” he recounts. “It’s down to one day a month, so we’re really pushing hard to get that back up and running. We’re strategically located between Boulder and Denver, two growing, high-end cities, and we think that we’re in the right place, at the right time, and commercial service would be an absolute knockout for the Airport, the community, and our business partners, here. Our long-term goal is to build a terminal with three gates and have three separate airlines travelling in and out of here and servicing the southwest U.S.”

Anslow also wants to see the Airport’s already respectable, corporate GA numbers continue to increase. The good news is that at RMMA, the opportunity for growth is huge, with 600 acres of developable land – 200 for aviation and the rest for non-aviation activities – available to build into a world-class business and aviation park. “Our vision is that companies that build on our non-aviation parcel can then utilize our aviation parcel to build their hangars for their corporate flight department,” Anslow explains. “I’m also working to expand our flight school operations, because we want to help fill the severe shortage of pilots, while bringing in a new generation of young pilots to the aviation world. That’s going to be a crisis in the near future and we want to be ahead of that curve.”

Fortuitously, this past year, Rocky Mountain Metropolitan Airport saw significant movement in its flight school expansion initiative. Most important perhaps was when the parent company of Tulsa-based Spartan College of Aeronautics & Technology purchased McAir Aviation, one of the Airport’s four flight schools. “They doubled their aircraft fleet,” Anslow notes. “They’re going from about 13 to 28 aircraft, here, in the next year, and we’re very excited to be partners with them. Also, in teaming up with all four of our flight schools and our Airport engineers at Jviation, we realigned our flight school parking and acquired 28 new spaces for them to park aircraft on. That will help their growth, significantly.”

There’s also more recent good news on the GA front. First, Pilatus Aircraft Ltd. finished construction on its 120,000-square-foot completion facility. “They make the aircraft in Switzerland, and then fly them here to Colorado to complete them,” says Anslow. “They do the custom interior and the avionics for their customers, here. All their offices and hangar space went to that one facility. Then, ten of those 12 Pilatus hangars that were being rented have now been sold to people with corporate or private aircraft.”

Second, after years of planning, Rocky Mountain Metropolitan Airport has a second FBO that has opened for business. “So, Sheltair, our second FBO, is under construction. Not only are they building their terminal and first hangar, they’ve seen such growth here every month, they’re going to build two 30,000-sq.-ft. hangars, simultaneously.”

Third, Anslow and his team have cracked down on illegal hangar use – people who use hangars to store their boats or motorhomes. “A 1,000-square-foot hangar is about $200 at an airport, whereas a 500-sq.-ft. storage is about $1,000 out in town,” Anslow explains. “It’s not a major problem at airports, but it’s a consistent problem. I’ve empowered my staff to drive around and if they see an open hangar or, if we’ve heard that there’s no plane in there, we issue a warning that they have so much time to get a plane. Some of them get a plane, but a lot of them have gotten out. We’ve had a threefold increase in the average number of turnovers of hangars, this year and last year, than we did in the previous ten years. We averaged about four hangars a year that we turned over, and last year we did 12, and this year, we’re on track for 15.”

Regarding the development of Rocky Mountain Metropolitan Airport’s 200 acres of developable aviation-use land, Anslow reports, “We are getting ready to come out with an RFP for 30 of our roughly 200 acres of aviation development area. We’ve had significant interest from different companies that want to start putting in some corporate hangars and other box hangars. That would start construction in early 2020, and it would be the first phase of expansion on our south side.” Furthermore, the Airport is in negotiations with the FAA to build a new taxiway into that area that would allow access to the other 170 acres, with the currently- available 30, already backed up to the existing taxiway. “So that would open the other 170 acres for development, and it looks like the FAA is going to fund it in 2024.” Anslow adds.

Responding to the Airport’s current, and future, aviation-use growth, Anslow is beefing up his staff: “We added two employees in 2019, and we have budgeted for 2020 to add two more. At that point, we’re right-sized, but we’re on the cusp of what we think will be a tidal wave of development. We’re planning for the next three to five years of probably adding a significant amount of people. We believe that when these 30 acres gets developed, and the FAA builds that taxiway over at the 170 acres, we’re going to need six to ten more employees to handle all the maintenance, and snow plowing, and everything else.”

Regarding the development of RMMA’s remaining non-aviation-use acreage, the Airport is awaiting the long-anticipated construction of the Jefferson Parkway, a privately-funded, publicly-owned regional toll road that partially goes through Airport-owned land. “We’re going to see construction on that in 2020, and that’s going to expedite growth there,” Anslow explains. In fact, according to a recent study, the construction of the Parkway is estimated to generate $1.2 billion in economic activity in Jefferson County, alone, over the next 20 years.

Finally, Rocky Mountain Metropolitan Airport is continuing to rehab and upgrade. “We’re investing significant amounts of money in our infrastructure,” says Anslow. “We spent $1.2 million this year on new snow equipment. We’ve got a new AARF truck funded by the FAA and local matching grants that will be delivered in 2020. We have a failing sub-base in our run-up area, and that is going to be a $7-million rehab on one of our primary taxiways in 2021. And we’re spending a million dollars over the next ten years on asphalt and security upgrades.”

With all its current and anticipated growth, Anslow believes the future for Rocky Mountain Municipal Airport is golden. “We are a relatively small, but growing airport, and we believe that our 12 percent annual growth over the last several years will continue,” he declares. “We have our flight schools; we’ve got the land to develop; we’ve got the staff that works hard; and we’ve got a strong GA community that’s constantly growing. We are located in a perfect position, geographically, in one of the fastest-growing areas in the nation, and we are looking to support that growth with corporate hangars and a business park. So, we think that we currently are, and will be, the destination for aviation and aviation business for the next 15 to 20 years.”

WHAT: A public-use airport owned and operated by Jeffco County

Western is a commercial real estate development firm with projects throughout the U.S. specializing in the aerospace and aviation industries. We design and build large aerospace facilities across the country, and around the world, through several delivery methods including creative Public-Private Partnership arrangements, built-to-suit, and drastically expedited lease amortization schedules attractive to our clients. Western handles it all and is there for our clients throughout the life of the development.