City of Alvin – Connected to the Past, Planning for the Future

Connected to the Past, Planning for the Future

City of Alvin readies for another significant growth spurt

The city now known as Alvin sprang from settlements created in southeast Texas after the establishment of bull ranches in the area and the subsequent arrival of the Santa Fe Railroad.

Residents initialed named the municipality “Morgan” to celebrate its original resident – Santa Fe employee Alvin Morgan – but the ID was changed to honor his first name upon discovery that the original label had been taken by a Bosque County city about 270 miles to the northwest.

Alvin was incorporated in 1893, making it the oldest official settlement in Brazoria County.

The majority of the city’s working population heads to jobs either 25 miles north in Houston or 30 miles southeast along the Gulf Coast, but these days, according to Public Services Director Brian Smith, the city’s leadership is adopting an “if you build it, they will come” approach. 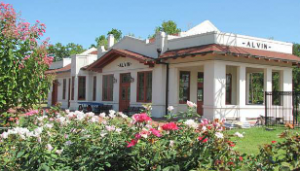 “We have a lot of development sitting there on the books. There are five active residential developments that added over 125 homes last year and will outpace that number this year. We’re just waiting for others to take off. We’re doing a lot of infrastructure and we’re trying to promote our city to bring more commercial and residential development in. We’re going in, doing new roads, having old sewer lines replaced and building new bridges. If we create an environment for development, we think development will arrive.”

Additionally, public services oversees code compliance, fleet maintenance and ordering for all municipal vehicles. A utility master plan study is underway and bonds are being sold to finance updates to the system, and items are being budgeted for needed inflow and infiltration upgrades.

“Our infrastructure is pretty old, for the most part,” Smith said. “We are fortunate to have five state roadways that link to our local transportation network.

“We’ve done a pavement assessment study to tell us what condition are roads are in – every asphalt street and every concrete street has been measured and has been rated from a 1 to a 5 on the ride-ability of the street. Now we know what streets are the worse, and we can bring those up to a nice smooth ride. This year, we’re doing a $1.5 million project to do 30 streets. There are more out there, but the worst streets we have in the city are those 30 streets. It’s not too bad of a number.”
Smith said a unique element of public services work in Alvin, as compared to other areas of Texas, is the soil that’s underneath the roadways – which can fall apart and negate any surface improvements.

The city hired an environmental laboratory to do core samples that ultimately inform workers what needs to be done to stabilize soil, and determine what base needs to be mixed in during construction.

“That’s 100 percent of the time,” he said. “If we’re going to build a road, we’re going to have a lab test it. Because I can go out and I can put a cap on top of it and do an overlay – and make the prettiest looking road out there – but as soon as I do that and turn around, it’s going to fall apart.”

Among the projects being planned by Smith and his team these days is a $2.5 million automated meter reading initiative that will allow utility billing personnel to both read meters and detect small leaks and tampering from their offices. Customers can also be called in advance to tell them about possible leaks, which will ultimately provide a chance to save water.

Also, to accommodate the city’s 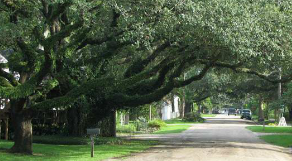 growth, Smith said a new elevated water tower is being added for storage capacity and Phase 2 of improvements on the waste water treatment plant are underway.

Grant funds have been received from the state’s General Land Office for hurricanes Dolly and Ike, which made landfall in July and September 2008. That money allowed the city to replace 18,000 linear feet of sewer lines and provided generators at all main lift stations and at the water wells where there had been no lift stations. As a result, the city will be able to supply water and provide sewer service in any subsequent emergency situation.

Lastly, a 15-acre detention pond is being constructed to combat potential flooding problems.

“We’re really promoting our city and wanting to get the businesses that people want. We need additional medical services. We’ve had talks with a hospital moving in here. Maybe some larger retail stores.”

And when the development comes, he anticipates it’ll make an impact.

“Alvin has a lot of land that’s developable,” Smith said.

“It’s just a matter of time before somebody buys it up and builds something on it. We’re on track to double our population. Things are happening. It really all depends on the economy here – what happens in Houston and what happens down on our neighboring ports. That’s going to be the determining factor in what happens. We are the next one to build out and it’s up to us to make sure that our infrastructure is in place, so what that does happen we’ll be ready for it.”

WHO: City of Alvin

WHAT: Municipality of 24,236 residents that’s located in northeast Brazoria County, on land that was originally granted to the Houston Tap and Brazoria Railroad.

WHERE: Southeast Texas, bordered by Friendswood and League City to the northeast and by the village of Hillcrest to the southeast; 25 miles south of downtown Houston, 28 miles southeast of Sugar Land and 30 miles northwest of Galveston 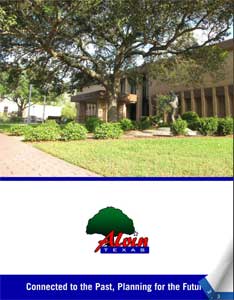