Seeds for the 184-year-old city of Lima were planted during a series of treaties in the years following the American Revolution, and ultimately sprang to life when the area’s original residents – members of the Shawnee nation – surrendered their northwest Ohio territory and relocated to Kansas.

The state legislature mandated that a county seat be established for the area newly designated as Allen County, leading to Lima’s official incorporation in 1831.

The city has ridden out waves of boom and bust across subsequent generations, rising high after the discovery of oil and the strengthening of the rail industry, then dipping significantly as that same rail industry weakened and parts of a previously strong industrial backbone withered away.

“We’re technically a Rust Belt city, but our local economy has been pretty steady,” said City Engineer Kirk Niemeyer, who oversees an engineering division within the overarching public works department. “We took a hit like everybody else, but we’re slowly moving back. I wouldn’t say (the perception of a declining Rust Belt region) is old news, I’d say it’s still kind of lingering.

“The housing stock has a lot of vacancies and we’re demo’ing properties left and right whenever we get funds available – both commercial and residential – just because our population has declined. A lot of our kids leave state or go to Columbus, Cincinnati or Cleveland for the more readily available technical-type jobs. But what keeps the local economy going is that it’s a strong agricultural area and we serve as a retail and medical center for an eight-county area.

“That’s kept things more vibrant than what they would be.”

These days, Niemeyer and his team work with city departments, the administration and the city council in the planning, review, management and inspection of public works projects. With staff engineers, the city has the unique capability to provide and coordinate the authorized engineering design services, capital improvement projects and storm water coordination.

The city employs two professional engineers, one professional surveyor, three other engineers who are working on final certification, an engineering inspector and a surveying technician. Additional engineering inspection personnel come in during the summer, when things are busiest in the field.
Outside consultants are hired for larger projects or those with abnormally tight deadlines, but, Niemeyer said, the majority of the design work for road reconstruction, small bridge projects, storm water work and traffic signals is done in house.

Another significant block of time, he said, is devoted to monitoring evolving federal requirements related to the environmental impacts of ODOT (Ohio Department of Transportation) projects.

“We’re pretty self-sufficient,” he said. “So when ODOT funds become available, and obviously, they’re dwindling, we can move pretty quickly to get things rolling. We’re continually being audited on how we spend the money, and we’re continually being audited on how we inspect the projects to make sure that all T’s are crossed and I’s are dotted. That takes up a considerable amount of time, and if you’re not used to it, it can be overwhelming.” 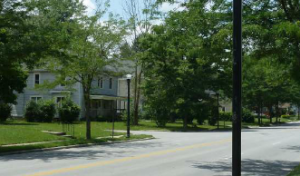 infrastructure on a C grade level, though the initiation of a municipal storm water utility has that segment ticking upward from previously low levels while also providing relief to the city’s general fund balance. State routes and arterial collector streets in Lima were labeled closer to a B grade because of a more concentrated source of funding to service them, while residential streets are also a C because their funds are less predictable.

“We’ve been able to get creative,” he said. “We’re trying to work with our legislators – both state and federal – to try to figure a way to boost those funds coming in. It’s continually catching up with us. We should be resurfacing 10 percent of our streets every year, and we’re probably doing more like 3 percent, 4 percent or something like that. So, unless you have a stellar maintenance program, it’s eventually going to catch up with you by mathematics alone.”

The bidding process for a $2.2 million reconstruction of Kibby Street is expected to end soon and work is set to begin on the city’s south side in May and run through the end of November, Niemeyer said.

In addition to the work on the road itself, project-related tasks will also include installation of new curbs, sidewalks and drainage systems – all of which were part of the state’s Access Ohio 2040 plan.

“We have a regional planning commission and we work closely with ODOT,” Niemeyer said.

“Every once in a while we sit down and try to figure out what the grand plan is and where we need to fix things in order to stay a viable community. We’re chipping away at it slowly.”

Going forward, he said, the focus will be less on building new sections of road and expanding the city’s existing footprint, and more on fixing infrastructure and improving traffic flow downtown. What would significantly aid in that task, however, would be a more coherent federal transportation bill that, in turn, would make it easier for cities like Lima to have a forecast for the next five or 10 years.

“We’re stepping back and just fixing what we have and trying to make it drain properly and function properly from a traffic standpoint to get people from Point A to Point B,” Niemeyer said. “A lot of these big projects take years and years of planning, and you can’t continually get to the point where it’s buildable because a lot of times ODOT or the other agencies will not allow you to move forward until you have all that funding in place. It’s just keeping us at a standstill in some cases.

“Until that time, we’ll just try to take advantage of any funding that comes our way. But from a federal standpoint, we need to have a better outlook in terms of funds so we can plan bigger and get bigger and better things done.”

Check out this handpicked feature on San Angelo Texas.

WHO: City of Lima

WHAT: Municipality that was founded in 1831 serves as both the principal city of the Lima Metropolitan Statistical Area and the county seat of Allen County.

WHERE: Northwest Ohio, about 72 miles north of Dayton and 78 miles southwest of Toledo 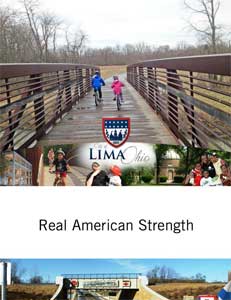