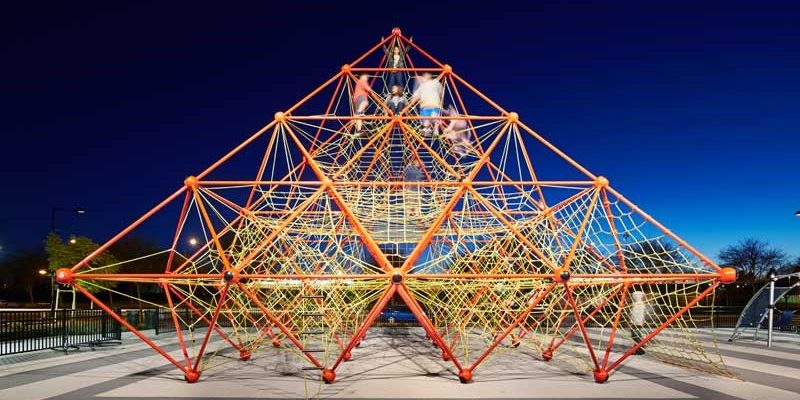 It would seem that Union City has it all.
Or at least most of the things that matter. And if a strong economy, diverse population, great educational institutions, unsurpassed quality of life and world-renowned location are among those things, the city’s leadership suggests it’s an ideal place to do business, work and live.

Situated within 30 miles of San Francisco, San Jose and Silicon Valley, it was incorporated in January 1959 from the combination of the communities of Alvarado, New Haven and Decoto. Its government is run with a city council/city manager set-up and the New Haven Unified School District serves about 13,000 students from kindergarten to 12th grade.

A geographic footprint of roughly 18 square miles provides a variety of housing – ranging from affordable to upscale – across a number of city neighborhoods, which sit alongside and have access to parks, sports fields, community facilities and a number of recreation programs.

What Union City is not, however, is just a suburb of a bigger, more well-known neighbor – a fact ably evidenced by an ambitious plan conceived by its veteran redevelopment manager and Interim Deputy City Manager, Mark Evanoff. 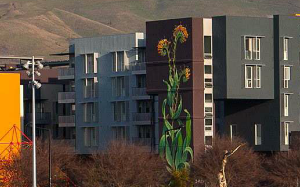 The Union City Station District project involved the purchase/remediation of a 30-acre PG&E pipe yard, reconfiguration of the BART (Bay Area Rapid Transit) station to make it accessible to pedestrians and buses, the construction of 841 housing units, and the pending construction of 900 residences.

“We’re our own community. The Station District Plan was premised on attracting major employers, creating a vibrant walkable community, served by an intermodal transit hub,” Evanoff said. “We’re completing the construction of BART Station improvements, to create a two-sided station with direct pedestrian links to housing and job centers and markets..

“Since that plan adoption, 90 acres of environmentally contaminated land – with a negative land value – has been remediated and is now generating property tax. It’s a win-win for the region.”

Union City’s Public Works Department includes an engineering division which is responsible for the engineering and management of capital improvement projects and the approval of private development as it impacts the city right-of-way and city property.

The division is also responsible, too, for the citywide clean water program.

City Engineer Thomas Ruark is one of five engineers on the municipal payroll, working in conjunction with a staff of roughly 52 that’s tasked with keeping city grounds and roads in functioning order.

“We’re fortunate,” he said. “Our pavement index is at 81, which is the second-highest in Alameda County, and a pavement index of greater than 80 is considered good. We put in about $1.5 million to $2 million of capital every year into our streets – either through overlays or slurries (a semiliquid mixture, typically of fine particles of manure, cement or coal suspended in water) – and we just finished, with the help of some federal grants, seismic upgrading to all our bridge structures.

“So all our bridges have very minor cosmetic repairs, if anything, which need to be done to them.”
Evanoff’s tasks are intimately linked to those of the Union City’s Economic & Community Development Department, whose endeavors are to attract investors with a City commitment to facilitate rapid entitlement. The City can offer excellent transit connections via BART and regional bus service. Future job centers will have easy access to freeways, three regional airports, the Port of Oakland, Stanford University and University of California Berkeley.

That drumbeat, he said, has 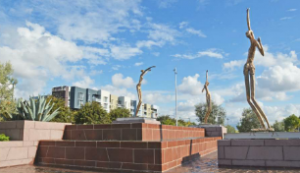 “We talk about the transit connections and the walkability and the presence of startups in Union City that have chosen to locate their new business in Union City because it is close to BART and it is close to Silicon Valley and San Francisco and the other major cities,” he said. “So this is a place where you can operate a viable business and still easily connect with the rest of region. With traffic congestion in the Silicon Valley and the San Francisco Bay Area increasing daily, locating jobs within a short walk to BART is a logical choice. With the recovery in full swing, the City is focused on marketing this incredible opportunity to developers, major employers and others interested bringing the vision of the Station District as a live, work, transit community to reality.

“It’s an ongoing marketing process to help people understand the opportunities that are available.”

Recent trends, at least, indicate things are headed in the right direction.

“We are a well-located center, and as rents are going up throughout the Bay Area there’s an opportunity for communities like Union City that have the transit connections and are close to Silicon Valley to actually provide space for more businesses and job centers.”

Ruark said construction work began in late March on the Decoto Green Street Project, which resulted from a grant by the state’s Natural Resource Agency and will include a system of green infrastructure elements that mimic the processes of natural systems.

The storm water infrastructure will consist of a series of bio-filtration planters and permeable paver areas to capture, retain and treat storm water runoff while providing improved drainage. The project also includes sidewalk bulb-outs and a significant increase in the number of street trees to create a greener, more pedestrian-friendly street.

The Decoto project is estimated at $1.25 million, and Ruark said follow-up projects are on the agenda at two other locations in the Decoto District for $4 million each.

“It cleans the street and it narrows the road down, so it’s a traffic-calming, and it also beautifies the community and it provides more greening,” he said. “The majority of the people like the effects of this. They see the value of softening the neighborhood and how it will affect property values. The only negative that they have is they’re concerned about reduction of parking.”

Going forward, the City is seeking investors for its opportunity sites in the Station District.

Ruark, meanwhile, said his priorities include the continued transition of the existing Kennedy Community Center into a teen center. The initial phase of the project will involve a $3 million conversion, to be followed by a fundraising effort to generate grants and investment totaling $12 million.

“That’ll be a nice feather in our cap,” he said. “We’re hoping to see that done in five years.”

WHO: City of Union City
WHAT: Municipality of nearly 70,000 residents that was incorporated on Jan. 13, 1959, following the combination of the communities of Alvarado, New Haven and Decoto.
WHERE: Suburb in the San Francisco Bay area in Alameda County, Calif., approximately 30 miles from San Francisco and 20 miles north of San Jose
WEBSITE: www.ci.union-city.ca.us

Uptown Cheapskate – Not your average thrift... 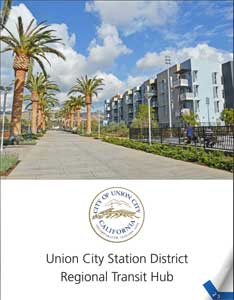