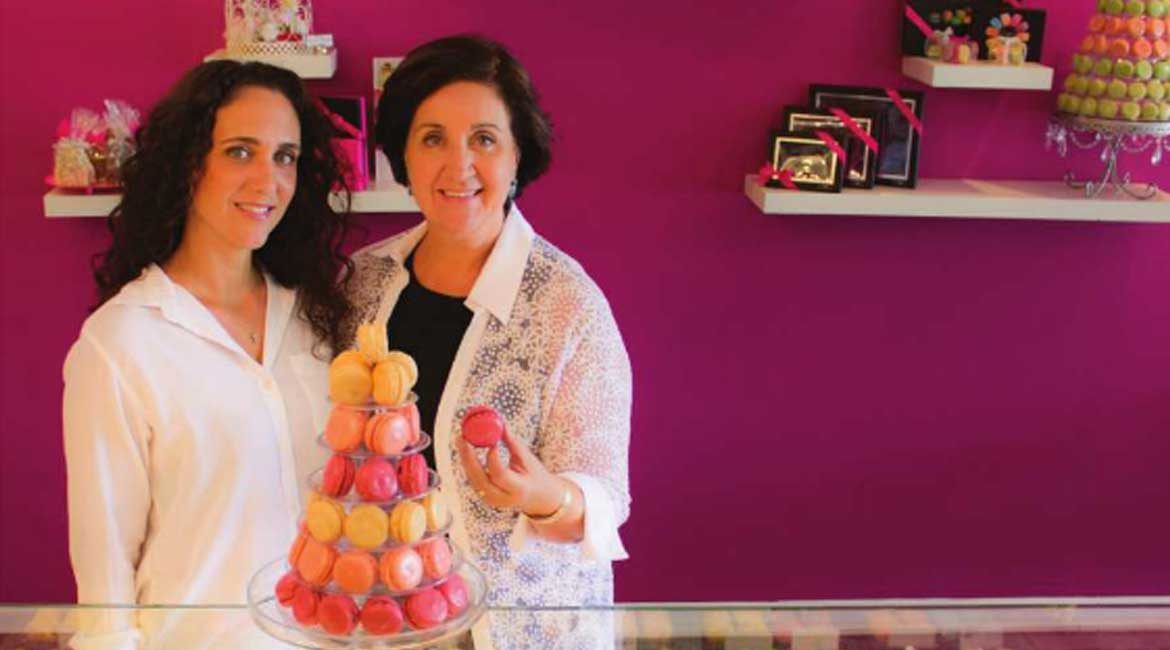 The Quality of a Thing Done Right

“The first bite is a surprise, the second bite is the flavor, and the third bite is a pleasure.” That’s how Rosalie Guillem, owner of Le Macaron French Pastries, describes the experience of tasting one of the traditional, French macarons that she and her daughter, Audrey Saba, serve to their American customers at one of their elegant pâtisseries. “It’s a little piece of joy,” Guillem adds, enthusiastically.

The mother and daughter team opened their first boutique café in August 2009 on St. Armands Circle, in Sarasota, Florida, seven years after Guillem moved to the United States from France and shortly after Audrey joined her. “We wanted to start something together,” says Guillem. “The idea was to open some kind of bakery. Something that we were very fond of in France and not able to find in the U.S.A., at the time, was the French macaron, which we really loved.”

But even with years of perfecting her traditional pastries behind her, the store’s beginning was slow and shaky. “The first year was very difficult,” she says, “because it was the Great Recession. Other stores were closing and we were opening ours. But we thought that everybody could afford to buy a macaron. In the beginning, customers did not know what a macaron was,” she adds. “They thought it was a mini-hamburger. But soon, we became a place to visit and the macaron started to become popular in Sarasota. After a few months, we had people driving from Naples, from Tampa, from Orlando, just to buy boxes of macarons.”

In quick succession, the store added gelato, coffee, croissants, fine chocolates, éclairs, coconut cakes, and other culinary delights to its offerings. Audrey’s husband, Didier Saba, Le Macaron’s pastry chef, flavored his creations with Madagascan vanilla beans, lemon zest, and other quality ingredients. Each of the 20 varieties of macaron was hand-filled with ganache, which is a chocolate concoction, cream, or fruit preserves. The store was very elegant and designed in the mode of a typical French café. “When you came in our store to enjoy your coffee and a macaron, it’s like you’re having a one hour, mini-vacation and a little piece of France,” Guillem says. “People loved it.”

By 2012, Le Macaron had become locally famous and customers began requesting the opportunity to open their own stores. So Guillem decided to franchise the concept. Today, there are 45 Le Macaron locations, 38 of which are franchises and the rest, corporate-owned. The majority of stores are in Florida, but there are already units are in Puerto Rico, Arizona, Nevada, North Carolina, Georgia, and California, with plans to open more stores in New York, Texas, and other states, as well.

All of Le Macaron’s signature pastries are still handcrafted at the original Sarasota location; the small kitchen in the back of the store has grown to a full bakery that supplies Le Macaron shops throughout the country, and Didier Saba and his staff of 20 have gone from producing 700 pastries a day to over 15,000. The gelato is still imported from France, however, because Guillem says she can’t find certain ingredients here in the U.S. “We have some flavors that are very particular like crème brulé gelato, or violet flower gelato. And our customers really love that.”

Guillem says that when awarding a franchise, she is not necessarily looking for people with baking experience. “When we decided to become a franchisor, we didn’t want to have everybody bake or have the skills of a French chef, because it would have been very difficult to have the same quality of the products,” she explains. “So there is no particular skill needed to be a franchisee. We are looking for people who like to have contact with the customers; who really love the idea of bringing this concept to their community and sharing it with people. It’s a store where the customer is always happy; they come to treat themselves and their loved ones. It’s very nice to run a store like that. When I used to run the store in its first year, it was my pleasure to go to work every morning.”

Franchisees are assisted in finding store locations and are put in contact with the appropriate realtors, contractors, and all other necessary partners throughout the build-out and permitting processes. “We provide the training, of course,” says Guillem. “They have to come to Sarasota for a few days and be trained on how the store is to be run. But there is no baking; there is nothing they need to do other than serving the customer. We have a marketing team that provides advertising, flyers, designs, and things needed for their stores.”

Kathe Moore, Le Macaron’s Franchise Sales Manager, says that by the end of 2016, they hope to have 50 units up and running. “A very aggressive target would be to have another 50 locations within the next two to three years, or even sooner,” she states. “It’s important to find folks who are ideal candidates for us, but also, as a growing company, it’s important to support the franchisees and help them grow in their businesses, which benefits everyone else. It’s a strong community and we have a very strong culture.”

Le Macaron French Pastries has certainly thrived since its earliest days in Sarasota. It was recently recognized by Entrepreneur Magazine as one of the top new franchises for 2016, and honored by Inc. Magazine as one of the fastest growing privately-held companies in America. “We came in at 1,476 out of 5000,” says Moore, proudly. And there’s no telling how far Le Macaron might grow. Guillem says that she’d like to see every community embrace one of her shops.

And, in terms of competition, Guillem adds that there isn’t another company like hers because the French recipe she uses for her distinctive macarons is extremely difficult to replicate. “All the macarons that I have seen in the U.S.A. are made with the Italian recipe,” she says. “And it’s not as ‘savory’ and excellent as ours. So that’s a big difference. We are very proud of the quality of our products and we continue to stay true to our core philosophy of providing people a little luxury and the chance to slow down long enough to appreciate the quality of a thing done right. Maybe we will be imitated, but for the moment, it’s okay.”

Check out this handpicked feature on Brighton Recovery Center – One person at a time.

WHERE: Headquarters in Sarasota, Florida

GTI Designs – GTI Designs is a full service Design and Build firm specializing in all types of food service and retail projects. The company was founded in 1993 by Andrew Seabury, and has since expanded into the GTI Designs Group which currently encompasses 5 related businesses. GTI Designs offers an integrated project delivery system, whereby the responsibility for the design, purchasing, and installation of the project rests within a single company. www.gtidesigns.com 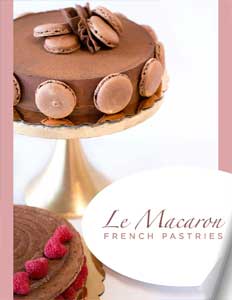