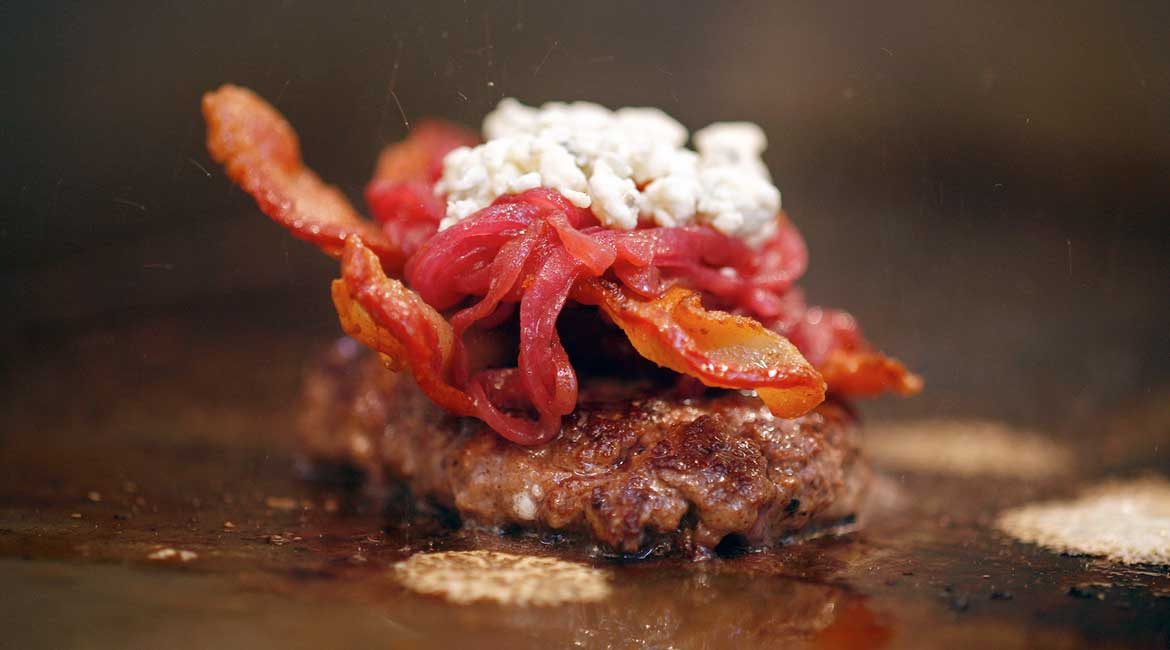 The Good Stuff Eatery, founded by Harvey and Catherine Mendelsohn, first opened its doors in 2008 on Capitol Hill in Washington D.C. “Economically, most of America was having big problems and we decided we wanted to create something that everybody would like,” says Harvey, a former accountant who joined his wife in the restaurant business where she had labored for over 40 years. “We decided the best thing we could go into was burgers. It’s reasonable, everybody loves them, and it’s affordable. When times are good, it’s great; when times are bad, it’s even better. And when times get good again, your customers stay with you if you look after them and create a good, quality product.”

Good quality products are hallmarks at the Good Stuff Eatery. The restaurant only serves organic foods that are locally sourced, whenever possible. It makes fresh custard daily, using organic milk and eggs, to spin the over 30 flavors of its milkshakes. Hamburgers are made from a proprietary, custom blend of meat, and its hand cut French fries are sourced from a 4th generation family of farmers. In addition to its quality ingredients, Catherine says that what makes the Good Stuff Eatery different from other burger “joints” is that fact that the restaurant is “chef-driven.”

“We go back five generations in the restaurant business and we take a tremendous amount of pride in what we do. I’m a chef and all our managers are culinary graduates,” she exclaims. “So, we treat a burger like Ruth Chris treats a steak. We’ve taken our time to do it right, and we have a great team in place. Our Director of Operations, John Reninger, was the White House chef for President Obama for eight years, and for President Bush for a year. Our Corporate Chef, Max Albano, is not only a graduate of the Culinary Institute of America, but also of the Hospitality Management School of the University of Florida. We have another chef who worked for John-Georges for many years. Then there’s my son, who is a CIA graduate, who’s worked for Le Cirque, Bouchon, and The French Laundry. He’s cooked at the White House many times. That’s how we ensure the quality of the product and how it’s prepared. That’s what makes us different.”

The Mendelsohns began with only one location, but over the last few years they began franchising, and today there are eight Good Stuff Eateries. “We have five franchised and three company-owned locations,” says Catherine. “Our plan, moving forward, is to expand in the tri-state area, here in D.C., Virginia, and Maryland. And we’re also opening a couple of company stores in Florida, because we want to develop a Florida market. We used to live in Clearwater Beach and we had a very well-known restaurant in St. Petersburg. In five years, I’d like to see us with about 50 stores. That would be comfortable, with some company-owned stores. It’s good to have some company-owned stores nearby for training purposes and food trials.”

In addition to its hamburger restaurants, the Mendelsohns have recently expanded into the “quick casual” pizza universe with their “We the Pizza” concept. “When we took this restaurant here in Washington, the property next door became available and we decided the next best thing to burgers was pizza,” says Harvey. “So we opened up a pizza restaurant next door and it’s doing even better. We never expected these types of numbers; things are going extremely well.”

So now, the company is in the process of franchising both Good Stuff Eateries as well as We the Pizza units. “We’re looking at a lot of places of five or six thousand square feet and we’re putting in one and one – a lot of them are becoming available. Or, if you go into a shopping center and there are too many burger places, we open a We the Pizza. And the converse is true – if there are too many pizza places, you open a burger place. But both of them have a great bottom line and a very good return on the investment. That’s the key.”

“If you’ve been to New York, you’ve seen a lot of those ‘pizza by the slice’ places,” says Catherine. “They’re usually little holes in the wall. We took it to a different level. We have fourteen pizzas by the slice and all our produce is local. We have a forest mushroom and truffle pizza; we have an artichoke and spinach with béchamel pizza. And fifty percent of what we sell is pepperoni. So, we have that array of pizzas. And we do a terrific business in delivery,” she adds.

Both Harvey and Catherine say that they have turned down offers from investors who have wanted to buy them out or buy pieces of the company, but their interest remains in finding franchisees who want to run their own operations. “We said ‘No!’ to a lot of big money people,” Catherine states. “We’re looking for people that have been in, and know, the restaurant business. We’re a family-run business and our franchisees feel like they’re part of our family. We sold an area to a gentleman in Saudi Arabia – he bought the rights for Good Stuff in Saudi and our entire family went to Saudi for the opening. We take a lot of pride in our brand.”

Harvey explains that he works closely with new franchisees in order to find the best locations for their restaurants. “We have to agree on location,” he says. “So, we work together in that respect. We check it out and make sure it’s correct for price, for return, for size, etc. – all the parameters that are necessary to have a successful restaurant. The quality of the building – that’s the first thing. Then, we discuss accounting. We have a special accounting application on a weekly basis. Every week, all of the information is prepared and made available – sales, payroll, and costs. So, we can take a look and see how successful the restaurant has been during the week. If there’s a problem, you catch it in one day rather than waiting a month to find out you’re behind the eight ball. We arm our franchisee with the different percentages in payroll, in food costs, in expenses – we have it down to a science.”

Ever the accountant, Harvey further touts the economic benefits of becoming a Good Stuff Eatery or We the Pizza franchisee. “I specialize in tax savings and this business offers an opportunity,” he explains. “You build one and you can write off just about a hundred percent of it. And now, you’re into your second year and the profits you make, you don’t pay taxes till the third or fourth year. So, it’s almost an impetus to open a second location before the end of the second year, because you can carry losses backwards and forwards. So, you have an opportunity to build a business and make yourself a lot of money.”

Great food, great profits, and a dedication to great preparation all combine to create a winning recipe for the Good Stuff Eatery and We the Pizza.

WHO: Good Stuff Eatery
WHAT: A hamburger restaurant franchise
WHERE: Headquarters in Washington, D.C.
WEBSITE: www.goodstuffeatery.com 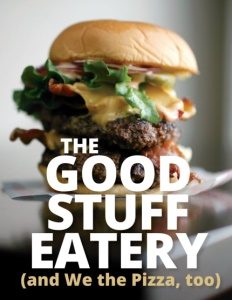