It may be hard to imagine, but there was time before Coke was the “real thing” much less the world’s most popular soft drink. In fact, when Cilo Chesterman founded his bottling company in 1872, in Dyersville, Iowa, Coca-cola didn’t even exist. At that time, several decades after soda water was first introduced into the United States, and almost a century after English chemist, Joseph Priestly, invented the bubbling concoction by infusing carbon dioxide into water, the prevailing soft drink tastes ran from plain club soda, also known as mineral water, to root beer, sarsaparilla, and ginger ale. 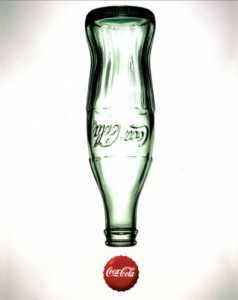 And, of course, there were no dispensing machines then, either. According to Jay Chesterman, Cilo’s great, great, great grandson, and co-owner with his brother Cy of the Chesterman Company, now based in Sioux City, Iowa, in those days, “we would sell off a horse and buggy.” In fact, it wasn’t until 1904, when Cilo’s son, C.B. Chesterman took over the firm, that Coca-Cola was added to the company’s line-up of sweetened soda waters. And even then, the new product didn’t do well. “Coke really didn’t take off until the 1920s,” says the fifth generation Chesterman. “When we first took it on, there was a period in the early 1900s, when we actually dropped it, because it didn’t sell. We picked it back up and during the World Wars is when it started to take off. Then in the ‘50s, when the Baby Boom hit, that’s when it really took off.”

The Chesterman Company, now 143 years old, also grew along with America’s changing tastes and growing fortunes. In addition to Coca-Cola, it now distributes several different brands of carbonated soft drinks, as well as coffee, juice, tea, water, and energy and sports drinks. It also owns Premium Food and Beverage, a full-line vending company that offers beverage and snack products from name brands such as Frito Lay, Mars, and Hershey, as well as products from some local area companies.

And although it no longer sells off a horse and buggy, it still gets its concentrate from the Coca-Cola Company. “We mix up the syrup, add it to carbonated water, and then we put it in cans and bottles. We sell from Wal-Mart down to smaller, rural mercantile stores, and convenience stores,” says Chesterman. “We also have a lot of at-work vending, a lot of cold-bottle restaurant, and fountain products. We have a pre-mixed product that’s put in canisters that we put in smaller restaurants that don’t do quite as much volume. When they do more volume, we convert them to a bag-in-a-box type system.”

After a series of acquisitions beginning in the 1980s and continuing up through the new century, the Chesterman Company now has nine different locations and approximately 600 employees. Its territory covers about five counties in Illinois, and parts of northwest Iowa, southeast South Dakota, and northeast Nebraska. “Since my great, great, great Grandpa Cilo founded the business, we’ve had a franchise with the Coca-Cola Company for a certain amount of territory,” Chesterman explains. “Back in those days, the territories were designed around the railroads, but they’ve geo-coded them to zip codes, nowadays, so we have a very specific territory, and we abut a number of other Coke bottlers on the fringes – independents and Coca-Cola Refreshments which is a big corporate Company.”

Because the distribution system is built around assigned territories, Chesterman admits that it’s difficult for his company to expand without acquiring other existing bottling enterprises. “We always want to pose ourselves for growth, but with such set territories, it’s kind of hard to grow unless somebody wants to sell.” At present, the company has submitted a letter of intent to take over a territory that includes Omaha, Lincoln, Grand Island, North Platte, and Long Pine, Nebraska. 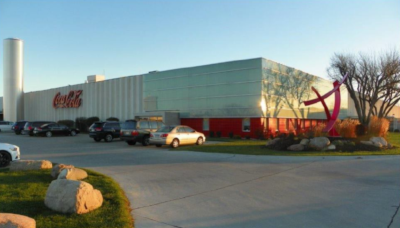 “Before 2011, most of the distribution in the U.S. was done through Coca-Cola Enterprises (CCE). In 2011, the Coca-Cola Company bought CCE, so they’re now running those operations,” Chesterman says. (The renamed company is the aforementioned Coca-Cola Refreshments.) “They have a number of different reasons why they want to turn that territory back over to existing bottlers,” he adds. Chesterman is hoping that his company will get the nod, and with its long-standing history in the Midwest, its chances are good.

Meanwhile, Chesterman and his brother continue to run the Coke side of the business, while their father, Cy W. Chesterman, runs Premium Waters. In carrying on the family tradition, Jay Chesterman says that the company’s long-standing goals include making operations more efficient while trying to do right by his customers, his employees, who he views as the company’s greatest asset, and his community. “We get out of bed and go to work, every day – that’s kind of how you get that done,” he quips. No doubt, great, great, great Grandpa Cilo would have agreed.

WHO: The Chesterman Company
WHAT: An independently owned and operated Coca-Cola bottling company and distributor of soft drink and snack products
WHERE: Sioux City, Iowa
WEBSITE: www.chesterman.com 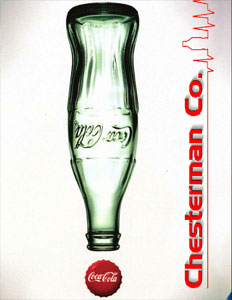