Cedar Hill Texas: Partnership is part of its language

The 36 square-mile city of Cedar Hill, Texas is located about 16 miles southwest of downtown Dallas. According to Rob Franke, its long-time council member and mayor, this town of rolling hills, underlined by chalk and limestone is “one of the prettiest areas of Dallas County.” At one time, Cedar Hill, which got its first post office in 1852, lay along a branch of the old Chisholm Trail which connected it to the main part of the trail near Ft. Worth. And if not for a tornado that swept through it in 1856, destroying most of its buildings, the town might still be the county seat of Dallas County, today. 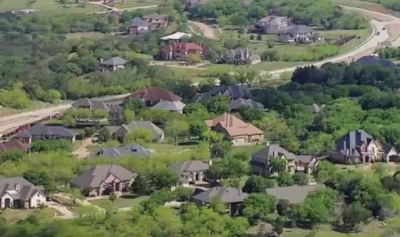 By 1890, Cedar Hill had a population of 500; by 1915, it had three churches, two banks, and a number of other businesses. In the 1980s, the population began to grow dramatically, especially after Joe Pool Lake, built by the Army Corps of Engineers, opened nearby in 1989, and Cedar Hill State Park, on the lake’s eastern shore, opened two years later. The town’s population grew to 32,000 by 2000. Currently, it stands just under 50,000. “We’re one of the oldest communities in Dallas County. We grew up as an agricultural area like most places did and developed into a nice place to live,” says Franke.

While it’s true that Cedar Hill’s proximity to both Dallas – Franke says “it’s maybe a 20-minute drive, but that all depends on traffic” – and Ft. Worth, makes it “a pretty convenient commute,” Cedar Hill is not your typical bedroom community, whose citizens leave by day and return only at night. In fact, over the last 10 or 15 years, the “hill country of Dallas” has transformed itself into a thriving retail center and, today, the city is a major shopping and dining destination, not just for the residents of Dallas, but for all of southern Dallas County. The Plaza, Cedar Hill Crossing, Cedar Village, Pleasant Run Towne Crossing, Cedar Hill Pointe, and Hillside Village (formerly Uptown Village) are all expansive malls and retail locations that have opened since 2000, providing a wide array of stores, restaurants, offices, and entertainment venues.

And with 50 percent of its land area still available, plus a superior transportation, water, sewer, and technology infrastructure compared to some other counties in this northeastern part of Texas, Franke maintains that Cedar Hill “is ready for more growth.” But the current mayor has a particular perspective on the type of growth that he envisions for his city.

“We’re not doing things that all the other cities did in the late 90s, early 2000s growth boom,” he explains. “What I mean is: there were a lot of instances of just developing with whatever could develop. We’ve placed a high premium on preserving the naturalscape that we have because we’re starting to see more and more interest in people returning to, and being more respectful of, the natural environment.” So the city’s emphasis, according to Franke, is on its parks and trail systems, and how they can connect to new businesses, workers, and customers. “We’re creating business areas where you can actually access the parks systems and nature,” he says. “It’s been a real positive.” Franke adds that the city intends to keep at least a fifth of its area as open space in order to preserve its characteristic, natural beauty.

Indeed, Cedar Hill’s topography helps to define the type of enterprises that find it an attractive place to set up shop. “The way our land is configured, with the rolling hills – it doesn’t make us a really good, large industrial area,” Franke states. “The big boxes and million square foot logistic centers like a lot more easily-developed land near rail access. So, we’re not a heavy industrial area; we’re much more of a business center area that works with businesses to facilitate location and development. We partner with businesses. That’s one of the things we do best. And we’re not going after businesses that don’t fit with our character. We want businesses that want to be here and be a part of our community. And what they find is a very synergistic and symbiotic type of relationship.” 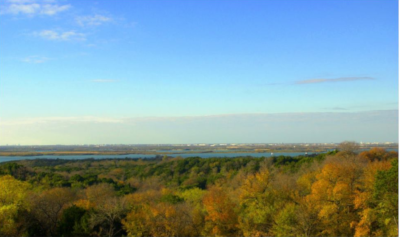 One of the city’s main roles in that relationship is developing and expanding its infrastructure in order “to make it a convenient place for businesses to do business,” Franke says. “We’re really in the business of providing services, so we take a very strong customer-service approach.” For example, because Cedar Hill has a lot of rolling terrain, it’s placed a lot of emphasis on regional detention, so that storm water is handled on a regional basis and individual property owners or individual businesses don’t have to contend with drainage issues. “We also have a pretty extensive water distribution system and we’re a 43 percent owner of Joe Pool Lake, which is a valuable long-term asset and resource for the city.” In addition, the city also has a robust workforce development agenda, partnering with area businesses, local universities, and other educational institutions to provide new enterprises with appropriate labor and personnel.

Franke also believes that Cedar Hill’s culture is an important drawing card for new businesses and individuals moving to the city; and that that culture has changed considerably since he began his political career. “Back when I started, the city was primarily white and rural,” he explains. “We’re a pretty large city, but our population was pretty low. Now we’re pushing 50,000; we’ll max out at approximately 85 to 100 thousand. As the city grew, our demographics changed. We went from majority white to majority Afro-American plus a strong Hispanic population. But we’ve maintained a strong affluence and we’ve made our racial diversity work. People around here focus a lot more on what we have in common than our differences. And the power of that is that we don’t face, and we haven’t faced, a lot of those tense issues that other communities have. We’ve been small enough to be able to address things on a personal level; to humanize situations; and to keep people engaged in the city. That’s one of the things I’m most proud of – how this community has responded to change, because change isn’t always easy and we’ve done it pretty well.”

Franke believes that the key to this success has been the community’s strong value system as expressed through its citizens’ various religious faiths. “Shared values is where it begins,” he maintains. “We profess four values in our city: People and Relationships; High Ethical Standards and Behavior; Servant Leadership; and Good Stewardship. We have a beautiful place to live and we have a very engaged population. That strength creates a culture and I’m hopeful that we maintain this culture that we’ve established. We set out many years ago to be Cedar Hill, and not try to be somebody else. We get along well, we feed off of each other, and we promote each other. And that makes for a pretty cool community.”

WHO: Cedar Hill Texas
WHAT: A city of 50,000
WHERE: In Dallas County, Texas, southwest of the City of Dallas
WEBSITE: www.cedarhilltx.com

Tiseo Paving Company – The Tiseo Paving Co. is a general contractor in the Dallas/Ft. Worth metroplex, specializing in concrete, street improvement projects. The company was established in Detroit, Michigan by its two original owners, Art and Natale Tiseo, and relocated to Dallas in 1981. Today, the family-owned company employs over 100 people, runs three concrete batch plants, and operates a fleet of trucks and heavy equipment in order to complete large government contracts for the traveling public in the DFW area. – www.tiseopaving.com 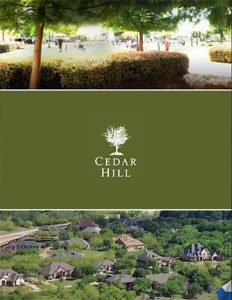