Xenia is a city in, and the county seat of, Greene County, Ohio, located in the southwestern part of the state, 15 miles from Dayton. The name Xenia comes from the Greek, and means “hospitality.” Xenia was founded in 1803, the year Ohio was admitted into the Union. The arrival of the Little Miami Railroad in 1843, gave the city its industrial roots, and during the mid-19th century, the town grew rapidly. By 1847, Xenia had ten churches, two newspaper offices, an iron foundry, one bank, and seventeen stores. Most businesses either processed crops or sold agricultural implements to the farmers in the neighboring countryside. The telephone came to Xenia in 1879; electricity in 1881; a water works system in 1886; its first free public library in 1899; and by 1900, the city was operating its own sewage system. 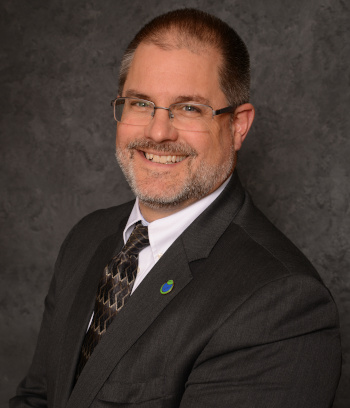 Today, the city of 26,000 is still an important hub for the transportation of goods and services, situated as it is in the “transportation triangle” formed by three major interstate highways: I-70, I-71, and I-75. These north/south, east/west arteries are within minutes of Xenia, via U.S. 35, U.S. 42, and U.S. 68, tying the community to one of the nation’s largest 90-minute highway markets. Xenia is also within the nation’s largest 90-minute air travel market, with access to nearby Dayton International Airport, which reaches over two-thirds of the country’s population and businesses.

In addition, Xenia has a very diverse economic base, anchored by the Wright-Patterson Air Force Base, located just east of Dayton. “It is the largest single-site employer in the entire State of Ohio, with about 27,000 employees – military and civilian,” says Steve Brodsky, Xenia’s Economic Development Director. “Wright-Pat is home to the Air Force Research Lab; it’s home to the Air Force Material Command – the folks that purchase all of the equipment for the Air Force; it’s home to the National Air & Space Intelligence Center – the folks that are gathering intelligence around the world. So, there are these major commands that are here and, obviously, there are defense contractors and related businesses that support them – a lot of smaller industrial manufacturing businesses that run the gamut from regional trucking, to more traditional tool and die shops, to a company that manufactures memory-shape polymers that are used in smart tooling, to a company that produces isotopes of oxygen and carbon used in testing equipment and medical equipment. The good thing is, because it is so diverse, when there is a downturn in the economy, if there is one sector that is affected by that downturn, the effect on our economy is not nearly as bad because we have a lot of other businesses that are not affected.”

Recently, Xenia has experienced a spate of new development, some of it spurred by a signature project in the city, called the REACH Center, which is an acronym for Recreation, Education, Activity, Community, and Health. Brodsky explains the project’s genesis and the synergy that it has ignited: “Our YMCA building, which was built in the early 1950s, has given its all and then some,” he begins. “So, the ‘Y’ was looking at the potential of building a new facility. At the same time, the Xenia Adult Recreation and Service Center, our senior center, was looking to expand, or perhaps, move into a new facility because they needed additional room for programming for their seniors. Also, at the same time, workforce has been an issue in our community like it is in most communities, and we had been working with some of our higher education partners to try to find ways to bring additional training opportunities to our city.”

“What this resulted in is a city-facilitated effort to create a one-stop-shop,” he continues. “We also drew in Kettering Health Network, which is one of the two regional healthcare providers in the Dayton region; they were also looking at how they could provide greater access to healthcare. So, a little over a year ago, Kettering Health Network ended up purchasing a 35-acre parcel of land on the west side of Xenia, just off of U.S. Route 35, and they have partnered with the YMCA, with the senior center, and with Clark State Community College and Central State University to create the REACH Center.”

While Kettering Health Network paid $3.4 million for land for the building, the city committed $1 million to the project to be used to build a gymnasium and other recreation or common use areas. “The city helped facilitate this; we were also a financial participant – we did provide funding for the project” notes Brodsky. “This was also the first project in our county that was able to take advantage of New Market Tax Credits – a federal program, with a state corollary, that provides tax credits to investors for projects in qualified areas that have seen some disinvestment in the past. Since we qualified for those, we were able to get quite a bit of tax credits and that was the first major cash infusion into this project.”

In addition, Clark State Community College applied for $4 million in funding through the Dayton Development Coalition’s Priority Development and Advocacy Committee — a group of business, education, and government leaders who evaluate and rank development projects in the region, in order to cover the construction costs and the furnishings for the education space. Clark State now has about 13,500 square feet for classrooms, laboratories, and offices that will serve an estimated 1,800 students, offering degree and certificate programs, workforce training, non-credit courses and workshops, and soft-skills training. Many of the courses are related to in-demand medical fields as part of the partnership with Kettering Health. Clark State shares the educational space with Central State University, which also operates an extension office at the Center. The Greater Dayton YMCA is the REACH Center managing partner and oversees operations at the facility.

Ground on the REACH Center was broken in March, 2018 and opened in January, 2019. The YMCA served about 1,400 families in its old facility, and within the first three months of opening increased that number to more than 4,300. “These participants not only save money, in that we have a shared facility instead of four or five different facilities, but because of the cross-pollination and the work that they can do together, it makes it a lot easier for them to offer more services to their clients in one location,” Brodsky said. For example, the YMCA provides child-watch services to the college partners, eliminating a common barrier for adult learners.

“And it’s interesting how development begets development,” he adds. “Around the same time that we started facilitating and coalescing around this REACH project, we were contacted by a hotel operator, and we have a new hotel that has opened across the street from the REACH Center – a 99-room Hampton Inn. Because of that, and combined with REACH, we had someone who purchased property around the hotel and has done additional retail. So, we have two 10,000-sq.-ft. retail centers, and there’s another ten to twelve acres that can be developed and they’re looking at ways to develop that, as well.

Ground has also broken on a new Greene County Career Center to be located within the City.  In addition to traditional vocational training programs, the new center will focus on aerospace careers, including aircraft maintenance and mechanics, an in-demand field.

“As all of this was being announced, we were approached by Ryan Homes, which is one of the larger single-home developers in the nation, especially in this area. They purchased property and they have been building homes in the southern portion of the city. They completed a 40-home section about 18 months ahead of where they thought they would be in terms of sales. They started on a new section and they’re already negotiating to secure land for additional housing development.

“To me, this is all an example of how you can start with some small investment in infrastructure to improve an area and, by working with different partners, really start seeing that snowball effect, in that we have those institutional partners and that is helping bring additional retail, and those two things are helping to bring additional housing.”

But the snowball effect doesn’t end there. Brodsky explains, “Obviously, you also need base employment for people to live here and take advantage of the retail and to take advantage of these institutions. So, the city worked in partnership with the county and we have two pieces of property within the city that were recently certified as shovel-ready sites for industrial use. One is in the Xenia Industrial Park; the other is what’s known as the Greene Regional Business Park – a parcel that is actually owned by the county. DP&L, which is our electric utility here in the area, seeing that there was a need for certified sites, hired a nationally-known consultant, McCallum Sweeney. They created a program that allowed folks in the DP&L service territory to submit sites. It was a very lengthy process, but ultimately, what this means is that all of the due diligence has been done on these sites – the geo-technical reports are complete; the historic reports; the archeological; the environmental; we’ve been able to certify that utilities are onsite and available to meet the needs of most industries. So, if there is an industrial prospect that comes in, and we can redirect them to a site, and they can see that all they have to do is figure out how their building is fitting in on that parcel of land – and we even have some conceptual drawings to assist with that – and they know that the utilities are in place and the due diligence is done, they can start construction. That means a lower time factor, which means they can get to making and sending product and making money that much more quickly.” 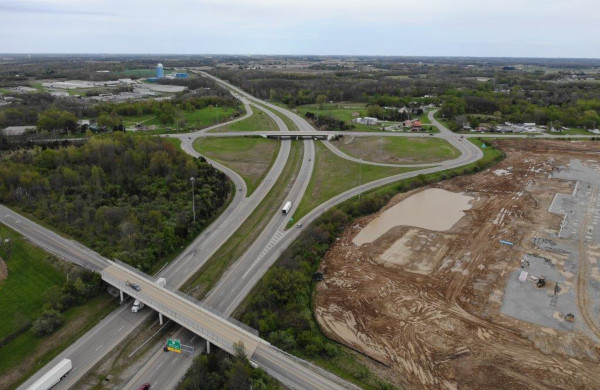 Xenia is also beginning to investigate revitalization plans for its downtown – exploring new business and housing options. “We’re just finishing up the due diligence on an older strip center in our downtown that we are in the process of redeveloping,” Brodsky reports. “We’re working with a private developer to bring some retail and restaurants and things that will attract people downtown. And we’ve been talking to other building owners who also are interested in doing housing in their downtown buildings. We’re in the beginning stages, but it is definitely part of our strategy to open these up, not just for Millennials but, interestingly, for a lot of empty-nesters that are deciding they don’t want a big, single-family home on a half-acre lot; they’d rather rent a place downtown that’s convenient to where they need to be. So, we’re targeting both the Millennials that don’t need that big single-family home, and the empty-nesters that don’t want it anymore and want to downsize.”

As Xenia continues to revitalize itself, Brodsky stresses that it is always looking for creative ways to promote smart growth for the city, while living up to its long history of being a hospitable place to live, work, and play. “We’re working to build partnerships; we are progressive and willing to embrace new things – whether it’s tax credits that have never been used in this area, before, or working with utility partners on the industrial side,” he states. “And we are trying to be that community of choice – a nice community with a great quality of life, with lots of job opportunities that are available in close proximity. And, by the way, our traffic is great,” he quips. “If you’re going somewhere that is 15 miles away, you’ll get there in 15 minutes; unlike some other places, where if you’re going somewhere 15 miles away, it will take you an hour.”

WHERE:  In Greene County, in the southwestern part of the state