The rewards are plentiful

Business View Magazine interviews representatives from Taziki’s Mediterranean Café, as part of our focus on the restaurant and hospitality sectors. 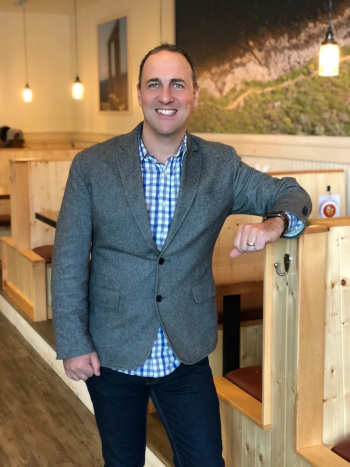 As the brand was getting ready to celebrate its 20th year, Richards was deciding what he wanted to maintain from its first two decades, and what changes he wanted to see in the future. So, he hired a new company CEO, Dan Simpson, who had been a franchisee and then the brand’s Chief Innovation Officer, but who also had a background in technology and non-profit administration. “The goal was to work with Keith and see what parts of the brand have endured, what has been lost along the way, what we wanted to reclaim, and what we wanted the next season to look like,” Simpson recounts.

The first move that the pair decided upon was to “refresh” the look of the stores with a new design scheme that Simpson says is “more coastal Mediterranean and more in line with what Keith originally experienced in Greece. So, we have now launched new stores, or we’ve refreshed a third of our whole system, to reflect this new blue and white, look and feel – it’s younger and it’s brighter. We expect to have the rest of the system completely refreshed in the next year or two and then we’ll all be unified.”

“We also looked at growth,” Simpson continues. “We looked long and hard and made a conscious decision to say, ‘we’re not chasing recognition for size; we’re going to chase best in class.’ And that has us focused on unit economics, starting with our own franchisees. So, we’ve intentionally slowed down a little bit so we could focus internally and help our own family of local owners grow. We have recognized that, from the beginning, part of the magic of Taziki’s is that it is very much a community café, with a local operator/owner living in the community. That’s key for Taziki’s to thrive. So, I’ve met with all of our franchisee partners around the country – there are a little over 30 of them – and asked them what their dream was, what their obstacles are, and how can I help them achieve the number of units in their community they wanted to launch.

“Then it was, ‘let’s look at our talent and build an executive team at the corporate level that could support this growth and vision to become best in class.’ So, we’ve added new members to our executive team.” The company hired a new VP of Operations, and a new VP of Marketing and Growth. Additionally, Taziki’s restaurant support team added a new Director of Training, a new Director of Field Marketing, a new Digital Coordinator, and a full-time Recruitment Specialist in order to become “an employer of choice.” Simpson explains the company’s comprehensive recruitment strategy: “At Taziki’s, people come for a job and we invite them to stay for a career. We have dozens of examples where people started from the bottom and today, they’re not only managers, but owners. So, in the Taziki’s model, there’s an opportunity to become an actual owner of a store.”

The other part of Taziki’s recruitment strategy centers around people in the community that are sometimes on the fringes. The company hires special-needs youth in their restaurants where they grow the herbs Taziki’s uses in their dishes via the HOPE (Herbs Offering Personal Enrichment) Project that Richards started. That continues to be a major initiative of Taziki’s. Through HOPE, Taziki’s also provides jobs for these young people to work in Taziki’s restaurants.

“Also, we stand with, and are proud to have, first generation Americans; Spanish speaking staff are a big part of our family culture. And we’re leaning into offering more jobs to refugees, immigrants, and veterans, as well as to high school and college students,” says Simpson. “We’re looking at people who may be new to communities, or need to get plugged in, and are looking for a career or maybe an opportunity to own their own business. So, the ‘overlooked’ are in the centerpiece of our recruitment strategy.” 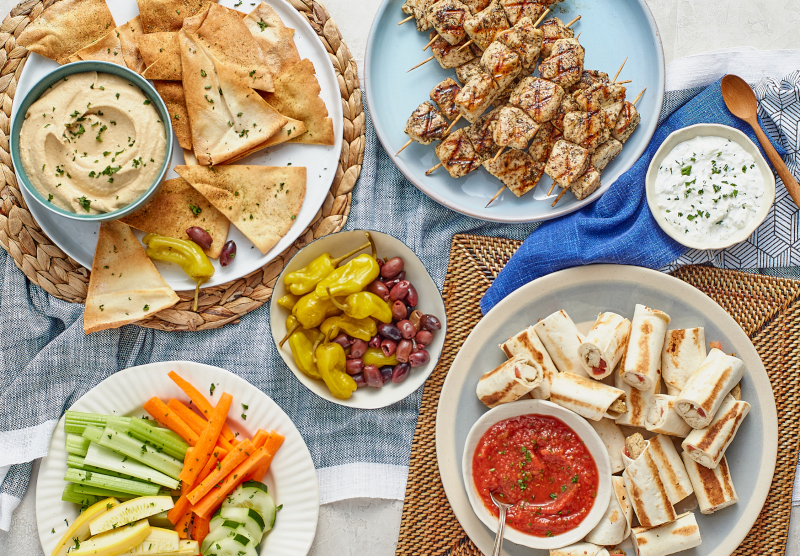 Taziki’s is focused on having a great training program in place. The company has a new training platform that is designed to help anyone coming in at the lowest position to have a career path where they can learn things, demonstrate that they can do it, and then teach others. They can start as a cashier or dishwasher and have a career path all the way to becoming a manager or owner.

“Another major, new initiative has focused on Taziki’s farmers. Since the beginning, Keith did an amazing job taking an international, ethnic cuisine and making it approachable and accessible to anyone,” says Simpson. “We have some bakers and farming partners that have been with us since the beginning, but we haven’t done a great job telling that story. So, Keith and I went on a road tour. We went to Michigan and met with fifth-generation lamb farmers, watching their animal husbandry practices and the care they take of their land and animals. We invited them to speak at our conference, because we wanted our staff to be proud of the farmers behind our food. Likewise, we went to Monroe County in Wisconsin, one of the premier sources of dairy in the world – they win gold medals for the feta cheese and the Greek yogurt that we source from them. Our baklava is from a Greek family in Tarpon Springs, Florida; our pita comes from a Lebanese man, who’s been baking it for us from the beginning, and he came to our conference and told the story about how bread is more than just a side; bread is sacred and symbolic for people to emphasize relationships. So, we’re having a lot of fun looking at our existing supply chain and meeting our farmers and hearing their stories and then us telling them what a big part they are. We want to do that for them, but also for our staff and our guests, so they can be proud of what it means to eat real food.”

Finally, Simpson says that his background in technology was one of the main reasons he joined the Taziki’s executive team. “Technology is only worthwhile when it solves a problem,” he states. “Restaurants have needed to catch up a lot; that was also true at Taziki’s. Major brands are spending millions on their mobile apps and their technology ecosystems, and Taziki’s was committed to an equally dynamic ecosystem of technology. So, we made significant investments in the last couple of years. Today, we have a mobile app that, a couple of years ago, was just a bolt-on, take-out kind of app. Now, it’s a fully integrated app where guests can pre-order and pre-pay and use for take-out or for curbside. It has an ‘I’m here’ feature for guests when they order curbside and arrive at the restaurant; their phone pops up with a big ‘I’m here’ button they can tap to send us a second message, so we can run an order just in time to make it really convenient for that overwhelmed mom with her three kids in a minivan on her way to a soccer game. We’re focusing on the right technology to deliver the right conveniences to our guests.

“Also, you can order catering through our website or through our app – you can pick it up, or we’ll deliver it to you. While many in the industry have either avoided delivery or they’ve gone all in with third-party delivery that charges 25-30 percent, we try to be both aggressive but also thoughtful in our approach. So, this year, we’ve elected to do a parallel pilot. In two markets, we’re doing in-house delivery with our own drivers and vehicles, and it’s going very well. And we had to build new technology just to support that. We’ve also partnered with some third-party delivery companies so we can analyze the best customer delivery options.”

Simpson adds that, in order to keep the brand consistent, all stores are required to adopt mobile and online ordering, but because each restaurant may be in a different phase of maturity, flexibility is key. Simpson believes that unity and consistency as a brand, as well as flexibility and collaboration on how the company rolls out new initiatives, is of utmost importance.

Finally, Simpson relates that the 20th anniversary offered an opportunity to instigate a rewards program for Taziki’s many loyal customers. “We have a lot of loyal guests who come to Taziki’s at least once a week, they cater for their business, or they pick it up for their kids’ sports teams, and now, we’re even catering weddings as people are looking for healthier options for parties and gatherings. The TAZ Rewards program gave Taziki’s the chance to say thank you to those guests. Now, when people order, they earn stars and Taziki’s can reward them with $10 off their next meal.”

As if good food made with natural ingredients and served in a friendly atmosphere wasn’t reward enough.

WHAT: A fast casual restaurant featuring Greek and Mediterranean fare