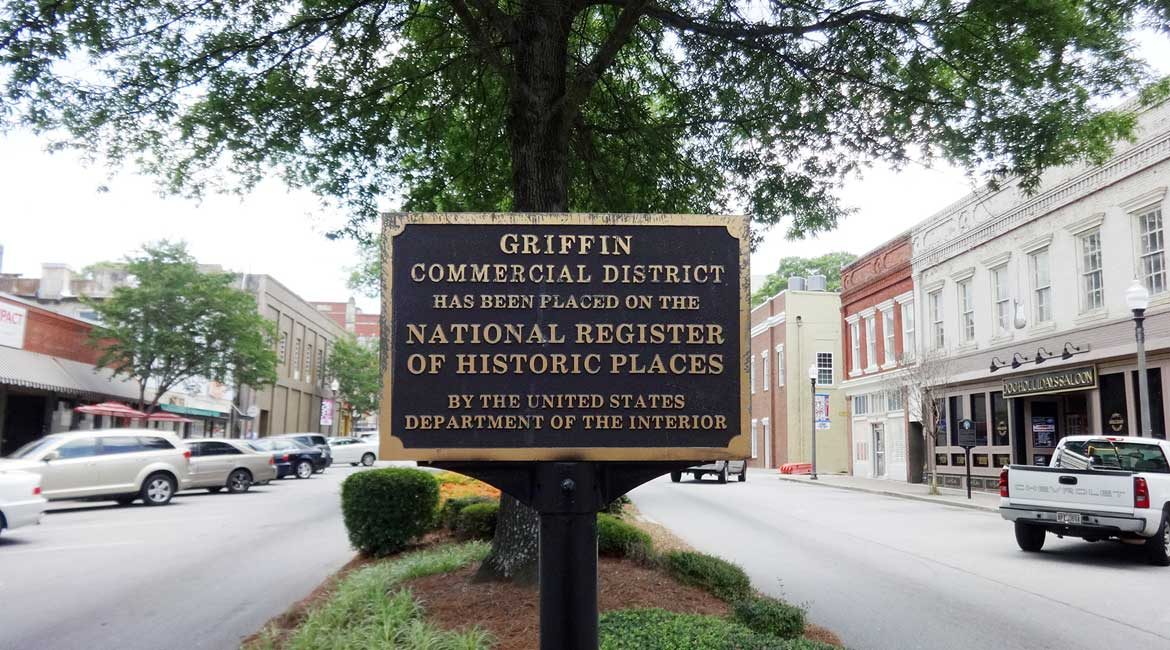 Griffin, Georgia was named for General Lewis Lawrence Griffin, first president of the Monroe Railroad, and was incorporated as a city on Christmas Eve, 1843. It is the county seat of Spalding County, part of the Atlanta metropolitan area, and has a population of approximately 24,000. After speaking with Griffin City Manager, Kenny Smith, Planning & Development Director, Toussaint Kirk, and Griffin Housing Authority Executive Director, Bob Dull, a collective sense of pride, ongoing accomplishment and excitement for the future of this growing community was abundantly clear.

“We’ve got a lot going on,” says Smith, “like building a new airport. We have a very old municipal airport with a 3700-ft. runway, and the city is built up around it. We’re going to the outskirts of town and building a business-jet-friendly airport with a 5,000-ft runway. The FAA, Georgia Dept. of Transportation, the City of Griffin, and Spalding County are all paying for it.”

Airport plans are in the land purchase phase now, followed by three to four years of construction. Completion is estimated in five years. Once the new site is up and running, the current airport (approx. 180 acres) will be open for redevelopment. Bids are now being accepted for purchase of the property, and parties are expressing interest.

Right next door to the new airport is the city’s latest industrial park. Classed as a green infrastructure project, this eco-friendly park has several lakes used for stormwater management. Three Japanese companies have recently moved onsite.

Smith notes, “From an industrial standpoint, Caterpillar is our largest manufacturing plant. Norcom is another major one, producing office and school paper products. We are also home to one of the largest domestic towel makers in the US, called ‘I888 Mills’ because it has been in production since 1888. It’s owned by native Griffinites and is a tremendous partner in our community.”

In the 1960s Griffin was a textile town, employing up to 10,000 people. When most of that work went offshore, the textile mills closed, and unemployment became a brutal reality. Thankfully, 1888 Mills stayed, and the city survived by diversifying its industrial base. Smith adds, “We are also a regional medical hub – WellStar Spalding Regional Hospital is a significant employer; as is Southern Crescent Technical College, bringing in students from all over the region to study here.”

The University of Georgia has a satellite campus in Griffin, and recently opened their food product innovation center; teaching students how to produce and market food in today’s business environment – a boon for bringing food product companies into the new industrial park. Also on campus – a turf-grass innovation center is being built as a scientific research facility to assist with turf grass management for golf courses and athletic fields.

When it comes to infrastructure, Toussaint Kirk knows his numbers: “Griffin has earned eight Community Development Block Grant awards since 2008. In total, close to $5.4 million in development funds – $3.5 million from grants and the difference was funded by the city. We’ve laid about 7.1 miles of water mains, 2.3 miles of sewer lines, rehabbed 53 sewer manholes, added or replaced 42 fire hydrants, and renewed 497 water service lines. This year’s grant is going from $500,000 to $750,000, so we look forward to getting our ninth consecutive award.”

Housing for the future

Griffin is preparing for a population boom. Northern Atlanta suburbs are all but saturated, and the southern ‘burbs are built out all the way to Griffin’s borders. Smith says the only place for Atlanta to grow is down the I-75 corridor, of which Griffin is a part. “The regions to the north of us – Henry, Fayette – are among the fastest growing counties in America, and they’re reaching a saturation point. It’s hard to predict exactly what growth we’ll see, but we want to be able to manage it.”

This puts housing as a crucial issue going forward. Bob Dull knows that scenario well. “We’re in the middle of redevelopment of our entire public housing stock. Originally, we were a 250-unit housing authority, and in 2013 we began demolition of our first public housing site. We received a Department of Community Affairs grant and a low-income housing tax credit, and built Meriwether Phase One ‘The Oaks at Park Pointe’ – a $16 million project with 86 units, half subsidized, half tax credit.”

This was followed with an award for phase two The Iris at Park Pointe (a seniors’ mid-rise community), plus two Federal Home Loan Bank grants for $500,000 each. “We just received word on Phase Three, a seniors’ mid-rise on our city golf course,” Dull adds. “That brings our total to about $42 million in tax credits.”

At the same time, Griffin received a CHIP grant to start single-family home infill housing. “We are also going to be part of a multi-state, low-interest loan award under the Kresge Foundation Healthy Communities grant, with the Dept. of Community Affairs Home Funds, to complete the renovation of the remaining two public housing sites. By the end of 2018, all our public housing sites will be converted, thanks to $62 million in tax credits. We’re really excited about that!”

The Livable Centers Initiative is helping Griffin beautify its downtown core. “At one point, it was kind of desolate,” Toussaint explains, “but now we have several lofts fully occupied and a lot of eateries – people are walking downtown and there is a lot of activity. We’re looking at options to accommodate residents that want to move to the core. The LCI grant will help it thrive – it’s a $9 million investment.”

Griffin’s redevelopment projects follow EarthCraft Communities guidelines for environmentally-friendly neighborhoods – walkability, parks, biking, etc. In addition, the city has the only mandatory, residential recycling component in Georgia. Residents are provided two containers: one for household waste, one for recyclables. If you don’t put out your recycle can, your garbage doesn’t get picked up. That’s a green initiative that works.

Kenny Smith is passionate about the city he manages. “People need to know that we are striving to be business-friendly. As a government, we’re trying to take bureaucratic stumbling blocks away from companies, and assist them to locate here and do business. We have tax allocation districts, enterprise zones, opportunity zones… which make us an attractive location. We are particularly interested in entrepreneurs and small businesses. We have amended the alcohol ordinance to be more user friendly to craft breweries and small producers of alcohol products. Anything we can do to help, because Griffin values all businesses, no matter the size.”

Doc Holliday, Old West gunslinger and friend of Wyatt Earp, was born in Griffin on August 14, 1851. Today, the city draws tourists to a museum dedicated to Holliday’s life.

In recent years, Griffin has been featured in award-winning films including Driving Miss Daisy, Mississippi Burning, and The Hunger Games.

Residents dubbed their home “The Iris City” because the Flint River Iris Society promotes, grows, and shows the stately flower for popular events in spring and summer.

WHO: Griffin, Georgia
WHAT: County seat of Spalding, GA; population 24,000
WHERE: Located within the Metropolitan Atlanta area
WEBSITE: www.cityofgriffin.com 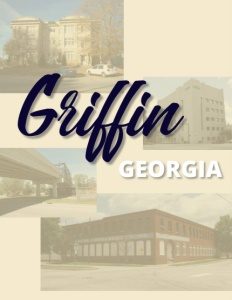