Hopewell Virginia – The Wonder City is Back 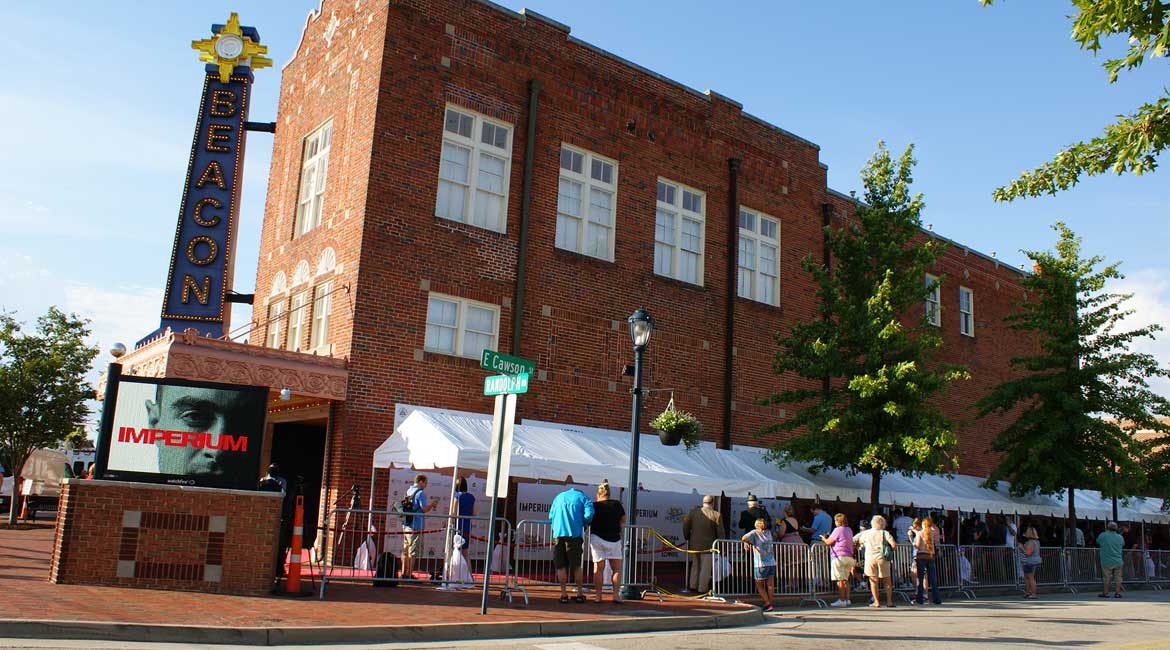 In 2016, Hopewell, Virginia celebrated its city centennial – 100 years of cyclical economic resurgence. This is one resilient place. Back in the early days, the Chicago Tribune dubbed it “The Wonder City,” after a catastrophic fire claimed the entire downtown core and then, within a year, Hopewell came back to life. The moniker lasted until the 1960s and still fits today.

Assistant City Manager, Charlie Dane, is privy to the details, past and present, and shares the story, along with prospects and plans for a bright future. “Hopewell was literally built by industry,” he begins. “DuPont bought 1200 acres of land in 1912 to build a large guncotton and gunpowder plant to support the WWI war effort. At that time, Hopewell was called City Point, a small community of 750 people. Within three years, it swelled to over 40,000 residents. A huge immigrant population flocked here to work in the plants, and the city grew like crazy. In 1915, the entire downtown burned, and one year later was rebuilt bigger, better, and stronger. That’s when Hopewell was incorporated as an independent city.”

When the war ended, DuPont didn’t need the plant anymore. So, they closed the doors, keeping only a thousand people on the payroll to maintain the property while they tried to sell it. The population of Hopewell plummeted to under 20,000. Over the next decade, war-related industries were replaced by other industries, several new companies moved to town, and the resurgence began again. “We’ve maintained a blue-collar industrial atmosphere for many years,” Dane says, “and we’re trying to revive The Wonder City name because we’re coming back again. We’re on a really good trajectory and very excited about that.”

The latest resurgence started in earnest two years ago, when the city council decided “If we expect others to invest here, we’re going to have to invest, also.” The city put $2.5 million into improving the marina at the Appomattox River entrance to Hopewell; $12 million into a new library; and $4.5 million into restoring the vintage, 1928 Beacon Theater into a performing arts center. Dane says, “In the past year, I’ve seen The Temptations, The Four Tops, The Spinners, Vanilla Ice, Clint Black, and Travis Tritt. And Loretta Lynn is coming. So many big-name performers – it’s generated a lot of interest in our downtown. The Hopewell Downtown Partnership has been a great asset in that regard. Three-quarters of our downtown buildings have been bought and restored, or are under restoration now. We also have a 3,000-foot River Walk that originates at the city entrance and goes all the way downtown along the riverfront. It’s really caused a rejuvenation.”

In the private sector, the John Randolph Medical Center has made $8 million in improvements to its exterior hardscaping, landscaping, and the building, itself. A popular, high-end Boathouse Restaurant is opening at the river entrance to Hopewell – a $3.5 million project. Industry is also thriving. Westroc did a $100 million expansion and upgrades. Honeywell, now AdvanSix, has invested in its property. Evonik has done major expansions, and Ashland Chemical is undergoing a $92 million expansion.

Dane credits much of the success to the city being proactive. “Our philosophy is, if we can capture 75 percent of the revenue by making 25 percent available in incentives, that’s better than getting none of the revenue. We try to be creative in the short term and make these deals happen.”

On the cultural front, Hopewell is becoming an arts-friendly community. “There is a large coffee house opening, with an art gallery and art studio space,” says Dane. “We also have affordable apartments downtown that would be perfect for artists-in-residence. An art studio near the Beacon Theater holds teaching workshops, and an ‘Art Nights Out’ with wine and painting. We also have a 501(c)(3) non-profit starting a program encompassing all the arts – from performance, to painting, drawing, and music. They are well seeded, and we look forward to their success.”

The River Walk is all about environmentalism, featuring educational points along the way, and observation areas to view osprey and bald eagles (Hopewell has a huge population). The Walk leads to City Park, a downtown gathering place since 1916 that’s being preserved as open space to connect with nature and offer river access. Dane notes, “The temptation is to build out everything commercial and use that revenue for growth through economic development. But there’s also a quality of life issue. We’re very conscious of that. It’s what Complete Streets and HEAL is about – making Hopewell a healthy, comfortable, environmentally-friendly community.”

With a population near 23,000, Hopewell has room to grow. Housing market studies done in the last year show capacity for 600 more rental units of medium- to high-quality apartments and condos, and 350 to 400 units of higher-end housing. Annexation isn’t necessary because the city owns land for development. The study analyzed what the market would bear in the region. To some degree, Hopewell will benefit from high demand in the nearby city of Richmond, where old tobacco warehouses and industrial areas were converted, making it a trendy place to live for artists, students, and Millennials just starting their careers. But the price point keeps going higher, so they can’t afford the rent.

That bodes well for Hopewell. It has the river as a draw, and the amenities; not just infrastructure, but year-round events including concerts, a craft beer festival, and its famous “Bring your Butts to Broadway” – a pork butt football contest downtown on Broadway Street. Three years ago, when it started, 700 people attended; the second year, 1500; last year – 2500! “We’re generating reasons for people to be here,” says Dane. “Places to eat, shop, recreate – all within a block or two of the river. We know that the new urbanism is where this generation wants to be, and that’s what we’re trying to provide.”

“The Wonder City is on its way back,” Dane asserts. “I tell everyone, you won’t believe what you hear in the next couple of years, and you won’t believe what you see in the next five. Our window is open right now. We have a waterfront community with river access, and a lot of commercial and residential development closely connected to that water. The price point here is affordable for Millennials and retirees. Those are the two ends of the market we’re looking at. The opportunity to grow is solid. Positive things are happening, and Hopewell is the place to be!”

WHO: Hopewell, Virginia
WHAT: A city of 23,000
WHERE: Adjacent to Prince George County in the Commonwealth of Virginia
WEBSITE: www.hopewellva.gov 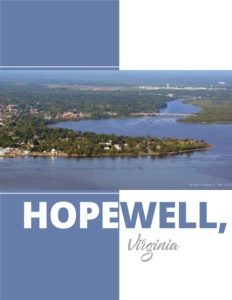