Business View Magazine first spoke with Tom Treharne, the Planning and Development Director for the City of Marion, Iowa, in October 2016 and then again in October 2017. We caught up with Treharne once more in 2018 for an update on some ongoing projects in this bustling community, located about six miles northeast of Cedar Rapids. The following is an edited transcript of that conversation: 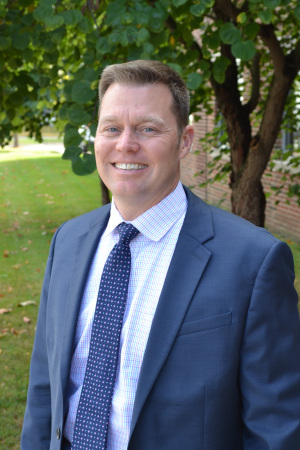 BVM: Let’s begin with the redevelopment of Uptown Marion, Iowa and the new library you spoke about last year.

Treharne: “We continue to make gradual progress toward the construction of a new library as part of a mixed-use building. Our existing library was built in the early ‘90s and constructed based on 30-year population projections. The City’s growth eclipsed those projections within 12 years. We currently have one of the busiest libraries in the state, which is pretty impressive for a town of 40,000.

“So, it’s no surprise that expansion of the library was identified as a priority in 2009 through a community visioning process. Community leaders have been working since then to determine the most cost effective option for expanded library service. The mixed-use concept provides a way to leverage private investment into a public good, save taxpayer money and add taxable value to the city.

“Through a private/public partnership we hope to construct a four-story, mixed-use project in the core of our historic Uptown district. The project is at the MOU (Memorandum of Understanding) stage with the developer, which will hopefully be in place in the next few months. The proposed structure will include some commercial space, the library and then two floors of residential housing. Approximately 75 units will be constructed, which will create a vibrant urban atmosphere in Uptown.

“To complement the mixed-use project, we’re looking to incorporate a plaza that serves as a gateway to the library and a connection to our traditional square/city park. The ultimate goal is to have activities and ongoing programming on that plaza for 250 days a year, which will add a new level of excitement to the area and foot traffic for the surrounding retailers.

“The mixed-use project is accompanied by a two or three-story parking ramp directly to the south. One of the reasons we need the parking ramp is because there is a proposal to build another four-story building where the library currently stands. It is expected to include office and retail space on the first floor and three additional floors of apartments.

“So, we’re looking at an influx of approximately 150 units into our Uptown area over the next year and a half, which is a game-changer for a city of our size. This Uptown District is presently home to about 30 apartments. So, you can imagine what this will do to bolster the commercial/retail atmosphere, the night life and the overall economic power of the district.”

BVM: How about the Central Corridor Project?

Treharne: “When I joined the City of Marion 17 years ago, one the first tasks put before me was to figure out what to do with an abandoned railroad bed through town. As this construction season comes to a close, we will be about four blocks closer to completing it. My hope is that next year at this time, Sixth Avenue (the former railroad right of way) extending from 15th Street to about 26th Street will be completed. With that connection, we’ll move a block north and begin the major, and much anticipated, streetscape project planned for our main thoroughfare through town.

“We’ve had a lot of development interest along the Corridor since the road and infrastructure started to go in. A couple of years ago, a housing needs assessment identified a gap in housing for seniors, as well as low and moderate income families. In the last couple of years, we had four major senior housing projects come into the community, adding 200-plus units. Right now, we are focusing on low-to-moderate income housing projects. We are currently working with one developer to add a 52-unit building along the Central Corridor. It will be one of the first new housing developments outside of our Uptown District.”

BVM: How about the Marriott Hotel?

Treharne: “The TownPlace Suites by Marriott is moving right along; presently about 30 percent complete. The hotel is being constructed on the former site of a salvage yard, so from a before and after perspective, this is a pretty major accomplishment. About $1 million in state brownfield dollars is supporting the project. We are hopeful that the four-story extended stay Marriott will open next spring.”

BVM: You also talked about a bridge over Indian Creek, some improvements at the airport, and a new ball field.

Treharne: “The bridge over Indian Creek is still a no-go. We’re continuing to add segments to Tower Terrace Road, but the critical piece, the bridge, is still not funded.

“Marion, Iowa has received a grant from the Iowa Department of Transportation in the amount of $450,000 for airport runway improvements. We’re working on updating the zoning and land use plan for the airport and surrounding areas. The state has required that we get that accomplished prior to moving forward. We’re about three fourths of the way through that process and have the runway design documents. Work is expected to begin on the runway in the spring. The scope of the project went from an initial overlay to a complete reconstruction and widening.

“Things have really come together for the Prospect Meadows Sports Complex over the last year. We broke ground in the spring on the first stage of the project. The grading is complete, turf is down and lights are up. The first phase features eight fields and one Miracle Field, an inclusive field for the special needs community, as well as concessions, restrooms and trails. Organizers are hoping to play the first game in May 2019. At full build out, about 60,000 out of town attendees are expected to visit Prospect Meadows annually. Hoteliers are recognizing what this will do for overnight stays, so a new Country Inn and Suites is under construction at the intersections of Highways 151 and 13.”

BVM: Anything else that you want our readers to know about projects in Marion, Iowa?

Treharne: “Overall, Marion, Iowa has been awarded about $10 million in trail funding to be spent over the next three to five years. We finished a segment from 35th Street east to connect to the Grant Wood Trail; a smaller segment from 31st to 35th Streets was also installed this year. With the Central Corridor Project, we’re hoping to make a final connection between our Uptown and the existing trail by next year. We’re working on obtaining the last segment for a connection to downtown Cedar Rapids, which will really enhance the regional trail network.

“The City is working to build a third fire station on Tower Terrace Road. The fire station will be in close proximity to the future home of a new YMCA/community rec center. Rather than each organization work on its own to meet the local needs for gym, recreation and meeting space, we’ve partnered with the local YMCA to construct a $20 million facility. It was another project that residents identified as a need in the 2009 community visioning process and we’re excited for it to be getting closer to breaking ground, likely in the spring.

“From an economic development perspective, area businesses are seeing success, particularly through expansion. Marion Process Solutions expanded to create a state-of-the-art test facility. Timberline Manufacturing broke ground on a new facility that doubles the company’s space and capacity. Legacy Manufacturing, one of the first businesses to locate at the Marion Enterprise Center, cut the ribbon on a 200,000-sq.-ft. addition at its Marion headquarters. The expansion supports Legacy’s plans to re-shore many of its proprietary products, including Flexzilla air hoses.

“Marion, Iowa is known as one of the best places to raise a family and grow a business. We’re unique in that we have two school districts in a community of our size. But they are among the best schools in a state that is known for education. One of the top reasons Marion continues on its growth trajectory is due to the quality of our schools. The Linn-Mar Community School District just passed a $55 million bond issue to address space concerns. This spring construction will begin on two new intermediary schools which will host grades five and six.

“Growth and development continues. Marion is the place to be.”

Check out this handpicked feature on City of Winkler, Manitoba – Driven by diversity. 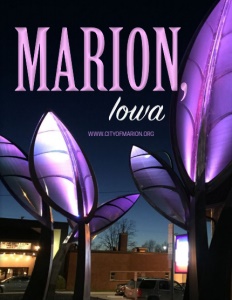