Located on the western edge of the scenic Red River Valley, the City of Winkler, Manitoba shines as the shopping, industrial, and entertainment hub of southern Manitoba. A small city by population, Winkler’s status as a regional center for commerce, agriculture, and industry hold it in good stead for continued growth and sustainable economic development. Approximately 30 percent of the work force is employed in the industrial sector. Health and education is the second-largest employer, and the region’s agricultural sector is one of the most productive and diversified in Manitoba.

As Mayor for the last 12 years, Martin Harder adores the City of Winkler, Manitoba for many reasons. “I’m proud to be part of a rapidly growing community of about 13,500 that, as of the last census, has achieved number one growth for any Manitoba community over 5,000 – including Winnipeg.  And we were number 11 in Canada. With that growth comes a lot of challenges. The most prominent has been developing a community with a balanced approach; ensuring your infrastructure is being addressed as you’re expanding and making sure you’re ahead of the curve, rather than trying to catch up. The growth is not only public infrastructure – water, sewer, roads, etc. – you have to look at the development of schools, parks, and recreation. All of those things compile into a balancing act.”

Long before Harder took office, an earlier Mayor, Henry Wiebe, prompted the basis of a strategic plan for the city, when he made this statement: “For every student we graduate, we need to ensure we have a job available.” That has never been truer than today in Winkler, where 800 to 850 students graduate every year. With the expansion of education through the establishment of Red River College, there is a tremendous opportunity for employing skilled graduates in the community.

The health sector has also expanded. In 1980, Winkler had one medical clinic operated by six doctors. Currently, there is a clinic with 46 doctors and a new medical facility between Winkler and Morden called the Boundary Trails Health Centre. Harder reflects, “The educational, the medical, the industrial, the agricultural, the commercial… when I look at a balanced approach to our community, those are the five cornerstones.”

The remarkably consistent growth has mostly come from within. While national retailers like Wal-Mart, Superstore, and some chain restaurants have moved to the city, the majority of industrial growth is homegrown. Businesses that started small in the community have been very successful in reaching out to the North American marketplace. Of particular note: Triple E Recreational Vehicles, which began 52 years ago in Winkler, Manitoba as a small plumbing shop, turned into an RV company with a handful of employees, and now has a workforce of almost 500. The leisure travel vans produced by Triple E are famous for their exceptional quality, and much of the product is hand-crafted. Sister company, Lode King Industries, was fuelled by the agricultural industry to produce tractor trailers. They employ 300 people and continue to expand with a new 85,000-sq.-ft. manufacturing plant. Twenty-five years ago, Meridian Industries came to town with the promise of 25 jobs. Today, they employ over 400.

“We’re really at a cross-section of transportation links,” says Harder. “For instance, Icon Technologies has developed over 10 years from a small manufacturing company of molded replacement parts for RVs to having dealerships across the U.S. and into Canada. Looking at where Winkler is on a map of their dealer network, we’re only 15 minutes from the border, and half an hour down Highway 75 to Emerson Customs which takes you right to I-29. From there, the road infrastructure is in place to go straight south to the Mexico border; east to the Atlantic coast; and west to the Pacific. So, we’re in the ideal spot.”

The city housing market is “reasonably tight” but developers and contractors are still building private homes, condos, and apartments. And the city has a fairly active involvement in public housing. The province of Manitoba owns 67 units of affordable housing in Winkler – two years ago the city began managing those houses. Since then, the changes have been phenomenal because local people are in charge of leasing and providing services such as a community meal program, education programs, and community support programs to the tenants. The city also owns another 24 affordable housing units, which it built more than a decade ago.

In 2015, the Buhler Active Living Centre opened through a combination of private donations, city, and provincial support. The complex is comprised of 48 units of affordable housing for seniors that also encompasses independent living, a community seniors’ activity center, and dining facilities. With seniors downsizing, their homes are coming on the market, creating the availability of used housing in the city, where, otherwise, it would be all new-builds. Home prices in Winkler, Manitoba are very attractive – on average, a three-bedroom, 1,200 -q.-ft. home with an unfinished basement sells for $300,000 to $325,000. A two-bedroom starter home can be purchased for $250,000.

According to Harder, “The interesting thing about Winkler, Manitoba is we have no downtown deterioration. It has continued to receive attention and upgrades longer than I have been Mayor. Just across from City Hall, an old building that was a furniture store for 50 years is being repurposed by a developer into mixed-use condo living upstairs and retail/office space on the main floor. Another downtown building has the main floor leased out to medical services and the second floor is condos. We’re also considering tax incentives from the city to accommodate redevelopment, as properties become available.”

The Meridian Exhibition Centre is a massive project designed to fill a significant need in the community. With construction eagerly anticipated to start in October, the complex includes a convention center with sit down eating capacity for 1,200 people – triple the size of any auditorium space currently available in Winkler. It will be the first indoor turf facility in southern Manitoba, and the plans include a hard surface overlay for exhibitions. Another feature will be an NHL-size arena with a multi-season ice surface, in addition to an existing 50-year-old rink that’s still in “great condition.”

On the environmental front, the City of Winkler, Manitoba just renewed a contract with a waste disposal company for industrial recycling, such as lumber, shingles, and compost. A separate contract for curb-side recycling is in place with Gateway Resources – a business the community is proud to support. As Mayor Harder explains, “Gateway provides services for people with intellectual disabilities.  As a community, we want to help that organization provide jobs for those who otherwise may be unemployable. So, we’ve chosen to hire Gateway for our recycling initiative. They do door-to-door pickup and take it to their modern sorting facility, where they produce products from recycled material, that they then ship to other industries. It’s a great community partnership and the employees have a lot of fun doing the job.”

Shovel-ready and awaiting provincial and federal funding announcements is a $46 million wastewater facility – a regional project with the City of Winkler, the Rural Municipality of Stanley, and Morden, but because of the proximity and cost of operations, it’s more cost effective to build two separate plants. Harder clarifies, “But it’s all under one application, so we’ll create a cleaner environment by putting the wastewater facilities together for the Winkler and Stanley side of it. The federal government will pick up 40 percent of the cost, the province promised 33 percent (we’re hoping they’ll boost it to 40), the rest of it will come from the municipality. The Aecon Group is in charge of general design and engineering. They’ve worked with the city for two years to get the project where it is today, and they are a major part of it.”

Mayor Harder expects Winkler, Manitoba’s growth to continue at three percent per year, or higher, with a dedicated focus on increased immigration. He admits, “Quite frankly, we’re in a labor shortage situation and we could expand a lot faster if we had people coming here with the skill sets required – welders, carpenters, etc. A lot of our growth has come through immigration and their skills are absolutely phenomenal. We’re hoping that government policies will change the requirements for post-secondary education and English language ability and give a chance to the skilled tradesmen and women who are willing to step up and work.” 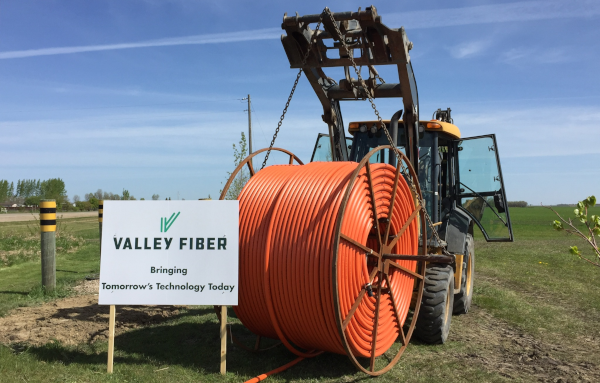 On another topic, Harder states, “Internet service in rural Manitoba has been dismal at best, which is why we saw Valley Fiber as the opportunity we desperately needed. Two years ago, they approached us about hooking up every business and household in Winkler with single line access to a data center they would build. So, we partnered with them, designated some land for their use, and gave them a cheque for half a million dollars. We’re proud to say that by the end of 2018, we’ll have individual line fiber optic hookups to every house and business in the entire city.

“We’re very excited about the future opportunities and diversity of jobs that will present. With technological advancement, and the new wastewater treatment facility, and the Meridian Exhibition Centre, we’re gearing ourselves up for growth… not just for today, but for the next 20 years!”

WHO: City of Winkler, Manitoba

In early August 2018, the City of Winkler, Manitoba broke the Guinness World Record for the most combines harvesting together on a field at one time. The previous Canadian record of 244 combines, set in Saskatchewan, was turfed away as 303 harvesters in Winkler kicked up a world of dust to claim the prized agricultural accolade.

ICON Direct – Icon Technologies Limited is a privately held corporation, which started operations in 1998. The company’s core competency in thermoforming and rotational molding is complemented by strong abilities in innovative design, manufacturing ideas and low-cost prototyping. From the start, its goal has been to provide innovative custom thermoformed solutions to OEM customers.

It might be said that Icon has two spirits. One is dedicated to helping its customers enhance the functionality and practicality of their OEM products through the use of thermoformed and rotational molded plastic parts. The other is dedicated to supplying quality RV products through a strong international network of RV aftermarket distributors. – www.icondirect.com

With a commitment to people, excellence, integrity and community the company has grown significantly and today offers all its clients the combination of large scale commercial experience delivered through small town prairie values and work ethic. – www.wbsconstruction.com 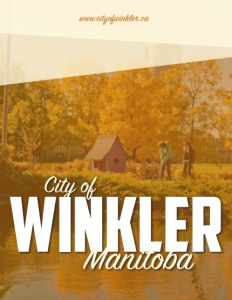