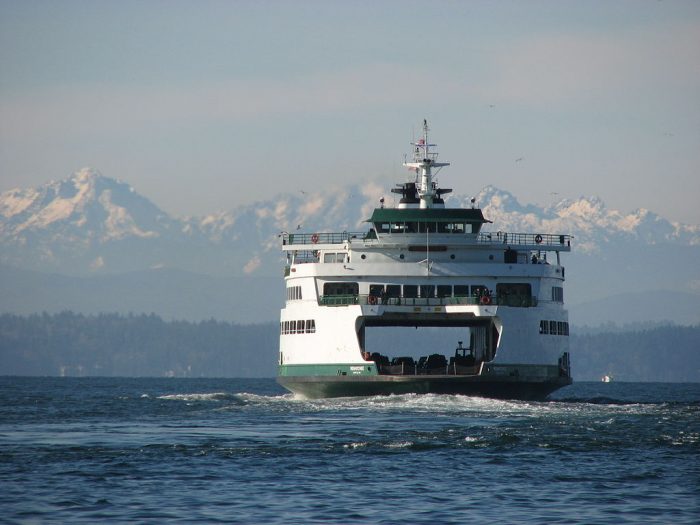 Business View Magazine interviews representatives from Bainbridge Island, Washington, as part of our focus on best practices of American cities.

Traveling through Bainbridge Island, Washington means passing by street signs that state Bainbridge Shares the Road. The signs show silhouette images of a person walking, bicycling, in a wheelchair, and on a horse. Although the literal meaning of the green and white sign is obvious, it is also symbolic of a philosophy shared by its community and government. The City of Bainbridge Island is dedicating its next 20 years of managed growth that is inclusive of its residents’ visions, interests, and individualities.

Bainbridge Island became a municipality in 1991, when the city of Winslow (now its downtown center) annexed its surrounding 26.5 acres, and city leaders drafted the municipality’s first comprehensive plan. Today, after an 18-month process incorporating extensive community engagement, Bainbridge Island has just completed its third comprehensive plan update. According to City Manager, Doug Schulze, this plan still features smart growth initiatives first established in the early ‘90s; they are just “even more refined and supported.” He explains: “Before the EPA developed its smart growth program, Bainbridge Island really developed what is today known as Smart Growth – focusing on development of the downtown core and select neighborhood service centers, so the rest of the island can be preserved with parks, open space, and large lot residential.” The continued implementation of this concept will preserve approximately 85 percent of the island’s natural areas, which, according to Schulze, is an important issue to both the City and its residents.

“Part of the reason why our comprehensive plan took 30 months to complete is because we had a tremendous amount of public involvement in the process,” Schulze adds. He points out that the community made it clear that sustainability, green building and development practices, tree preservation, and accessible community space were top priorities. So, the City drafted the plan accordingly. But, as Director of Planning and Community Development, Gary Christensen, points out, the island is due west of Seattle, a city whose shadow of growth stretches across the Puget Sound. As its neighbor continues to attract mega-businesses and workers, the question emerges: “How are we going to protect the island’s fragile environment and community character, and maintain sustainable growth into the future? With the growth of Seattle and the Seattle metro area, and companies such as Amazon, Boeing, Microsoft, Expedia, and T-Mobile, there are lots of jobs and a booming construction market. There is a huge housing demand.”

Bainbridge Island is a mere 30-minute ferry ride from Seattle, making it an easily accessible location for individuals who wish to live outside of the city’s downtown. Christensen calls Bainbridge Island a unique and special place, explaining, “Only small portions of the island community are urbanized. A lot of the island is rural, pastoral, with two-lane winding, country-like roads.” The island has 53 miles of marine shorelines, approximately 72 percent of the city is forested, crime is nearly non-existant, schools are among the best in the state, big box retail is prohibited, and environmental stewardship is championed.  Thus, the city’s vision is to “become walkable, livable, and sustainable.”

The quest to provide a diagram for city growth that allows its residents to maintain their lifestyles while addressing future needs such as housing, job growth, and economic sustainability, provided the City with an opportunity. The development of the new comprehensive plan resulted in a blueprint supporting its long-term residents’ wishes while also attracting new, younger residents that will support the city’s future infrastructure.

Schulze admits, “Like many cities across the country, especially in high-growth areas like Seattle, we really have a challenge in making sure housing is affordable.” Bainbridge Island’s City Council created an Affordable Housing Task Force to identify solutions and make recommendations on how to approach the issue. Proactively addressing the need via a community task force will allow for proper analysis and discovery of a strategy that could work for the island, and ensure that the community shares ownership of its growth. And for now, managed growth is addressing the situation.

Schulze describes downtown residential growth as significant, with nearly 400 new units either permitted or underway. He also describes the recent development of a new neighborhood service center that features a 30-unit, mixed-use center. Having reached full capacity, another complex is on the rise to add another 30-40 residential units. With a population of 25,000, and an annual growth rate of 1-2 percent, this low-density growth in downtown areas is adhering to community standards.

Bainbridge Island isn’t only addressing its residential needs. “We have a number of projects that have been completed, or are currently underway, that are focused on walkability, and are pedestrian and bicycle friendly – all in efforts to create public space,” Schulze explains. “We have a new bike trail going in, in what’s going to be known as the Sound to Olympics Trail that connects with regional trails on the Seattle side of the sound, but also with the Olympic Discovery Trail.” The Olympic Discovery Trail spans 140 miles across the Olympic Peninsula in Washington, from Port Townsend to La Push.

Schulze continues, “We’ve also just finished redevelopment of our downtown waterfront park, which was roughly a $2.5 million project. And next month we will replace the City-owned dock that’s within that park to open up the waterfront to the community even more.” The city envisions people boating in from Seattle and other surrounding areas to spend their days shopping and dining downtown, or exploring the surrounding parks, trails, and arts and culture destinations. These infrastructure improvements will service the 100,000 tourists the city receives each summer, as well as current and future residents.

As Bainbridge Island continues to navigate towards its future of a community that offers its residents opportunities, businesses room to grow, and natural surroundings space to flourish, it will continue to, as Christensen puts it, figure out “how we can protect, conserve, and at the same time share this wonderful island community.”

WHO: Bainbridge Island, Washington
WHAT: A city of 25,000
WHERE: In the Puget Sound in Kitsap County
WEBSITE: www.ci.bainbridge-isl.wa.us 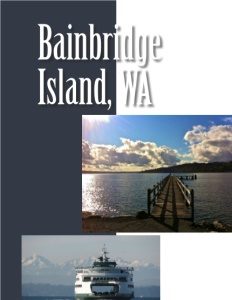