Set up for success

Business View Magazine interviews Derrick Fitton of Drake-Williams Steel Inc., as part of our focus on best practices in the construction sector.

Drake-Williams Steel Inc. of Omaha, Nebraska was founded in 1882 as the Wilson Steam Boiler Company.  Since that time, the company has gone through a century’s worth of name and product changes, but has emerged intact as a premier fabricator of structural steel, concrete reinforcing steel, and other steel products. Here’s a brief history:

In 1893, a boiler maker named George Drake bought into Wilson’s company, followed in 1897 by Hugh Williams. The company was renamed Drake-Wilson & Williams, which soon became the Drake-Williams-Mount Company in 1901, after George Drake died and Ernst O. Mount came onboard to help capitalize the business, allowing it to purchase land at 23rd & Hickory Streets for a new facility, which, to this day, houses the company’s Rebar Division and corporate office.

In 1913, Hugh Williams’ two sons, Art and Walt joined the business, manufacturing steam boilers, tanks, smokestacks, and breechings, which are the small segments of metal ductwork that connect a boiler to the stack. During the 1920s, at the request of a customer, the company started making dragline buckets. A dragline excavator is a piece of heavy equipment used in civil engineering and surface mining. A dragline bucket is a large steel bucket which is suspended from the excavator’s boom with wire ropes, and maneuvered by means of a number of ropes and chains. In a typical cycle of excavation, the bucket is positioned above the material to be excavated and, then, lowered. Then, the dragrope is drawn so that the bucket is dragged along the surface of the material. The new product line, named “Omaha Buckets,” helped the company survive the Great Depression and through World War II.

After Hugh Williams died in 1931, Art and Walt ran the business. When Walt retired in 1955, Art became sole President. The company name changed its name again, this time to Drake-Williams Steel, and the firm shifted its focus to the fabrication of structural steel and supplying other steel products. Art’s two sons, Hugh II and Mike, joined the business in the late 1950s, and took it over when Art retired in 1964. Hugh’s two sons, John and Dave, became the fourth generation to join the company in the late ‘70s, and by the mid-‘80s the pair had added the Rebar Division.

In the early 1990s, and just before they retired, Hugh and Mike bought the facilities at 1602 North 11th Street, which became, and still is, the company’s largest structural steel fabrication plant. John and Dave bought the firm and spent the next several years renovating and adding to the fabrication facility, making it into a world-class operation. The company acquired the Mountain Steel & Supply Co. of Denver, Colorado, which, in 2011, became the Mountain Steel Division of Drake-Williams Steel, another structural steel fabrication facility. 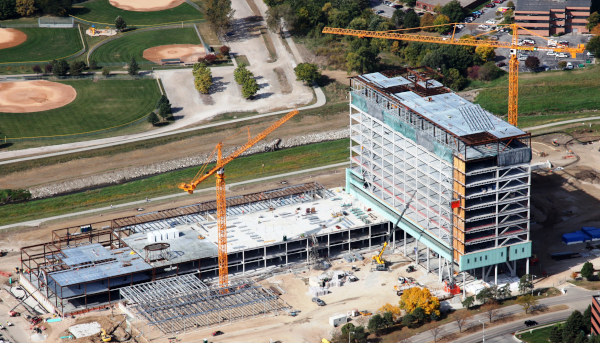 In 2014, John and Dave transferred ownership from the Williams family to an Employee Stock Ownership Program (ESOP). “For a period of ten to fifteen years, John and Dave worked to develop an Executive Leadership Council and a culture here to where, at some point, they would be able to hand over the company,” says Derrick Fitton, Director of Operations at the Structural Steel Division. “The employees bought out John and Dave’s ownership rights, and we’ve been an ESOP for four years, now. And it’s been a very good transition; it worked out to everyone’s benefit. We’ve seen a lot of growth, both culturally and financially.”

Today, the 240 workers of the Employee-Owned Drake-Williams Steel, Inc. provide fabricated, structural and concrete reinforcing steel for all types of projects, including commercial, industrial, healthcare, and institutional structures. In addition, the company offers steel distribution, processing, and light fabrication services.

“Our main customers are contractors,” says Fitton. “A contractor will bring us onboard, we’ll look at the structural engineering and architectural design drawings, and we’ll detail out all the steel products for the scope of work that we’re providing. Once we receive the raw material, we’ll cut it to length, add any necessary holes, perform any necessary welding, paint it when required, and then ship it out to the site to be erected. Our main footprint is the Midwest from Des Moines, Iowa to Denver; up into South Dakota and down into Kansas. More recently, we’ve done work in Atlanta; and we’re doing a lot of work in Utah and Oregon.”

Fitton believes that the company’s competitive advantage lies in offering the highest quality product backed by industry leading customer service. “We really go above and beyond when it comes to customer service,” he states. “We push for early involvement in projects.”

Fitton reports that the company already has enough capacity in its existing facilities, so rather than adding any more, its current agenda includes fine-tuning its operations, growing its manpower count, and continuing to look at the latest technology, such as robotic welding and robotic processing equipment, as it makes its capital expenditures. “So, we’re focused on trying to capitalize on the people that we have and a culture of continuous improvement that we want to drive home,” Fitton avers. “We want to utilize those resources to make us a more efficient and productive fabricator. 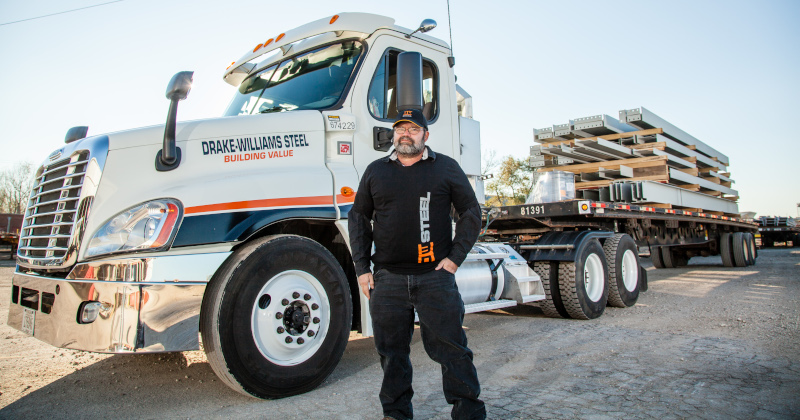 The company is also focused on paying down its debt, so that in the foreseeable future, it will have the funds to reinvest in other companies or services that might support its operations or complement its existing business. Another current agenda item is worker training. “Like everybody, we’re seeing a shortage of skilled laborers and workers for the manufacturing world,” Fitton laments. “We realized it was time to create and mold those individuals, ourself. So, we developed some internal welder training programs. The idea behind our programs is that we can take individuals with little to no experience related to our industry, and develop them into a skilled laborer. We want our training program candidates to be hard-working, quality individuals with the right mindset.”

Regarding its current employee/owners, Fitton says the company wants as many people as possible to “experience the ESOP culture and its benefits,” including a share in all future profits. He adds, “For our customers, we want to focus on being a great partner to them in the construction world; we want to be involved early and bring our expertise to help them be successful. For our employees, we want to provide a personally and professionally rewarding place to work. And for our community, we want to support economic and social growth and development. If we do all of that, we’ll be set up for success.”

Check out this handpicked feature on the Allstate Steel Company.

WHAT: A fabricator of structural steel and steel products

Associates, clients and communities are at the center of everything Lockton does. Since joining the Omaha community in 2011, our focus on service and strategic consulting has grown our office from seven Associates to over 50. As the world’s largest privately-owned, independent insurance broker, Lockton specializes in risk management, employee benefits and retirement services. 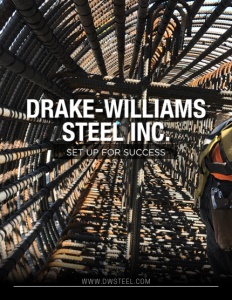