Lacombe, Alberta, which became the province’s 17th city on September 5, 2010, is located in the rolling parkland of central Alberta, between the Rocky Mountain foothills to the west and the flatter Alberta prairie to the east. The city is approximately 16 miles north of Red Deer and 78 miles south of Edmonton. With a wide array of amenities and facilities, a diverse economy, and an innovative government, Lacombe is a city in balance. 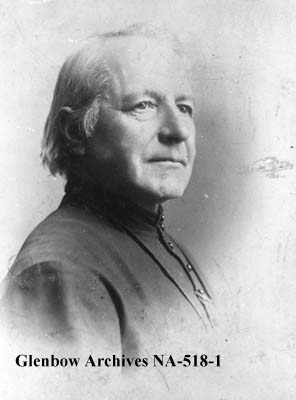 Lacombe is named after Father Albert Lacombe, a French-Canadian Roman Catholic Oblate missionary who lived among and evangelized the Cree and Blackfoot First Nations of western Canada. The first permanent settler, Ed Barnett, a retired member of the North-West Mounted Police, arrived in 1883. The Canadian Pacific Railway came to the area in 1891, and by 1893 the downtown blocks and lots were surveyed. Village status was granted in 1896, and town status in 1902.

Today, Lacombe is a thriving city with a population approaching 15,000. Its economy includes a strong agricultural base supplemented by the oil and gas industry, the financial services industry, Burnam University – a four-year degree-granting institution, a vibrant healthcare sector and federal and provincial government offices. Lacombe is also home to the Lacombe Research Centre (LRC), one of 19 national agricultural research centers across Canada. The LRC, established in 1907, conducts research in field crops and livestock production relevant to the region.

Lacombe is also an award-wining municipality as evidenced by its designation as the 5th best place in Canada to live by Money Sense Magazine, the country’s leading finance magazine and personal finance website. “They surveyed over 415 cities across Canada, looking to identify the best places to live based on several different categories,” said Mayor Grant Creasey. “Wealth and economy, affordability, population growth, lack of crime, taxes, commuting issues, weather, healthcare access, city amenities, and cultural events. It’s very exciting to have been recognized and ranked so highly.”

In fact, last year Lacombe was the recipient of several other awards for city projects and programs. “The first one was our Alberta Urban Municipalities Association Award for sustainability and collaboration, which we’re proud to have been nominated for, and actually ended up winning alongside the Town of Blackfalds, Lacombe County and the City of Red Deer,” said Mayor Creasey.

“It was a large project,” said Creasey. “I think it came in at $73 million. It’s up and running now and speaks highly toward the commitment to sustainability in our area. It will also allow for future growth for the member communities, which certainly is important. The project also addresses water sustainability. Our regional water supply line removes water from the Red Deer River, and then we send wastewater back for treatment to extremely high standards before it is returned to the watershed. So, it’s a win-win for everyone.” 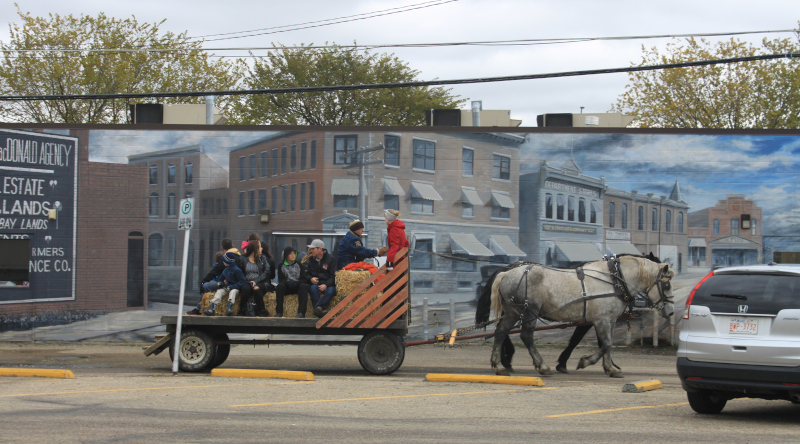 Another award, granted by the Alberta Chapter of the American Public Works Association, was for the recent completion of Lacombe’s Main Street Program. “This award recognized excellence in construction, management, and administration of a public works project in the five to ten million dollar category,” said Creasey. The Lacombe Main Street Program was also the first project in Alberta to earn an Envision Award from the Washington, DC-based Institute for Sustainable Infrastructure (ISI).  Lacombe won Silver designation for the program’s environmental, social, and economic benefits to the community. The program was also named as a finalist for ISI’s Municipal Innovation Award.

“The award-winning Main Street Program was a redevelopment of our historic downtown,” said Chief Administrative Officer (CAO) Matthew Goudy. “Our downtown was actually recognized by the Canadian Planners Institute as the number one street in the country for its history and cultural significance, beating out communities like Edmonton and Canmore for that distinction. It’s the heart of our community and we have made significant investment in it just in the last couple of years.”

“Lacombe Composite High School was named the greenest school in all of Canada by the Canada Green Building Council during World Green Building Week,” said Mayor Creasey. “The school was awarded for its sustainability programming, including its innovative Ecovision and Environmental clubs that have, over the past 15 years, raised funds for a lot of different projects: a solar array, a geodesic tropical greenhouse that is used year round, outdoor gardens and a very successful urban beekeeping program, which helps train local residents in the art. It’s an exciting program, the first of its kind and well-received by the community.” 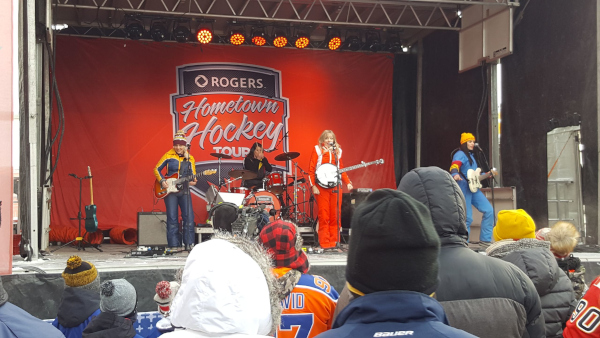 “These awards go across many, many different facets of our community,” said Creasey. “I’m proud of the work of both staff and volunteers that make many of our programs tick.”

Meanwhile, Lacombe is not sitting on its laurels; the city has several developments underway in various stages of completion. “The contract’s out for the servicing of our west area development that borders Queen Elizabeth II Highway, which is the main corridor that runs north/south through the province,” said Creasey. “That represents about $15 million worth of infrastructure investment, made in collaboration with our regional partner Lacombe County. In addition, we’re looking forward to some large commercial and retail growth in that portion of our city. On the east end, we recently completed negotiations with a major Canadian retailer. I am pleased to note that the property sale was successful and we look forward to some much-anticipated development in the near future. Growth to the south is continuing with a new Community Healthcare Centre currently under construction. In the north, we are addressing surface drainage with the addition of a pipeline so we can continue to grow. Underground work is complete, which paves the way for some exciting new seniors housing options offered by the Charis Group.”

“Lacombe has also been making some investments into its airport, a combined facility with Lacombe County,” said CAO Goudy. “In recognition of these upgrades, it’s been renamed as the Lacombe Regional Airport. We’re looking for that to be an economic driver in the future.” This project is yet another example of Lacombe’s regional collaboration efforts with our municipal partners.”

With all of its recent awards under its belt, as well as new projects underway and on the drawing board, Lacombe, Alberta is certainly living up to its tagline: Living life with balance!

Check out this handpicked feature on Riverbank, California – The city of action.

WHERE: West of the Rocky Mountains in central Alberta 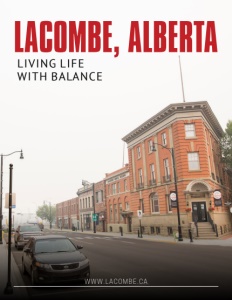