The official motto of Hickory, North Carolina, a city of more than 40,000 on the banks of the Catawba River, in the west/central part of the Tar Heel State, is “Life. Well Crafted.” But, according to Mayor Rudy Wright, a secondary motto is “Nulla Vestigial Retro – No Steps Backwards.” As the city of Hickory attempts to create a well-crafted life for itself in the 21st century, it is definitely looking forward – just as it has many times before. 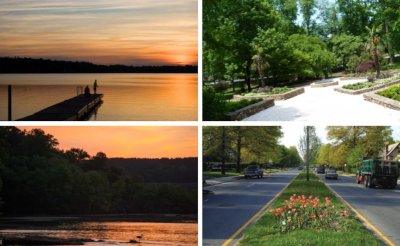 Yet, every city does have a past, and in that book of memories are the things that have helped define, over time, a city’s present character, as well as its future possibilities. In the case of Hickory, two outstanding traits that have stood the test of time are the city’s spirit of cooperation and its penchant for looking ahead, even when times are tough. The last few years of the nation’s economic downturn was not the first time that the citizens of Hickory have pulled together to keep from falling behind.

Hickory began in the 1850s, when Henry Robinson built a tavern made of logs and placed it under a huge hickory tree. The city of “Hickory Tavern” was established in 1863, and ten years later, the name was shortened to just plain “Hickory.” The community of Hickory was one that always created its own way, and it was the first for many things in North Carolina, including the council-manager form of government, which it adopted in 1913. Hickory was also one of the first towns to install electric lights, which it did in 1888, and a complete sewage system, which was built in 1904.
But perhaps Hickory’s most well-known relationship with harder times occurred in 1944, when the Catawba Valley became the center of one of the worst outbreaks of polio ever recorded in the U.S. When local facilities proved inadequate to treat its victims, the citizens of Hickory, with help from the March of Dimes, built, equipped, staffed, and housed a children’s hospital, within days of making the decision to do it. A Red Cross official on the scene praised the project “as the most outstanding example of cooperative effort he has ever seen.”

There are woods that are stronger than hickory and woods that are harder, but the combination of strength, toughness, hardness, and stiffness found in hickory wood is not found in any other commercial wood product. Indeed, wood is the reason that Hickory became, and still is, home to one of the oldest furniture manufacturers in the United States. In fact, the area has always had a thriving furniture and textile sector. By 1961 the city boasted forty-six furniture plants, eight-nine hosiery mills, and twenty-seven other manufactories.
But good times never last forever, and the present century brought another round of hard times to the city of Hickory. “Trade agreements cost us a lot of jobs,” says Wright. “For example, at one time in the 1990s, our job base was 56 percent manufacturing. Today it’s about 27 percent. And then, the recession hit, so we were hurt. But in this region, and particularly in Hickory, we already were hit hard.”

But as they have done in the past, the citizens of Hickory decided to pull together, showing that they were just as strong and tough as the very wood that gave the town its name. Once again, they decided to look ahead. “So we embarked on a mission to identify what we needed to do to ensure that our economy thrives and grows, and doesn’t get stagnant or decline,” Wright explains. “Our number one need was to put a new face on our city and our objective is to attract to our city the young people – professionals and workers – and the companies that employ them.”
In 2012, the city of 40,000+, voted in favor of a referendum to issue bonds totaling $40 million to create spaces in the city “that would emulate some things we’ve seen in cities that have successfully redone themselves, like Chattanooga and Greenville, South Carolina, and Durham, North Carolina,” says Wright. “And while $40 million doesn’t sound like a lot, that’s equal to a city with a million people and a billion dollar bond referendum,” he adds. 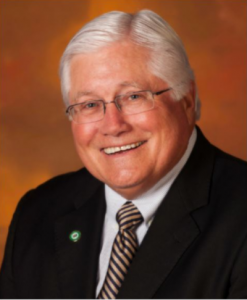 “We formed a commission of 42 diverse citizens and they issued their report to our city council, and they unanimously voted to adopt their recommendations and proceed on a $35 million plan based on the priorities that the commission set,” Wright continues. “We started off calling them ‘inspiring spaces.’ Inspire people to do something. Inspire people to locate a company here. Inspire people to move here. Inspire people to stay here if they thought of moving. Inspire people to view our community in a little different way.”
When the Bond Implementation Commission presented its completed agenda, it included the following projects and “inspiring places:”
• Riverwalk – a combination boardwalk/trail beginning at Lake Hickory and transitioning into the surrounding landscape and along the Catawba River on the periphery of the city.
• Citywalk – a downtown corridor from Lenoir Rhyne University, down Main Avenue, and past Union Square, along the railroad tracks, featuring a pedestrian bridge and added amenities along Main Avenue and Union Square.
• Streetscapes – consisting of improvements at Lenoir Rhyne Boulevard, Old Lenoir Road, and a north and south connection between the Citywalk and the Riverwalk.
• Gateway Features – to be placed at Lenoir Rhyne Boulevard and various other roads leading into the city.

“We’re holding five million for a business park that we are actively trying to fill,” Wright says, speaking about the 178-acre, Park 1764 that Hickory is developing with Catawba County. “It will have some light manufacturing and we’re hopeful that one or two or ten companies step forward and occupy that space and create jobs to go with it.”

Wright maintains that all of the proposed municipal projects will leverage the private investments that local businesses and individuals have already committed to the city’s regeneration. “We consider all of the projects to be economic development,” he says. “And there is some ‘low hanging fruit’ that we will be doing concurrently as we’re putting together the planning for the larger projects. We’re parlaying the money, using private investments, and philanthropy, and grants. When it’s all said and done, we’ll look back and say that we’d done about $100 million worth of improvements in the city.”

“For example,” he continues, “we have a family that is building a conservatory on the site of the Riverwalk, so we’ve got to coordinate with them so that all of that gets together well – the city’s $7 million investment and the family’s $5-8 million investment. And we recently had a group of young people come to us and say they wanted to build a park with some water features, downtown, with money raised from the community. And it will be tied into our Citywalk. That’s another example of how we’re going to parlay our $40 million investment into, we hope, $100 million.” 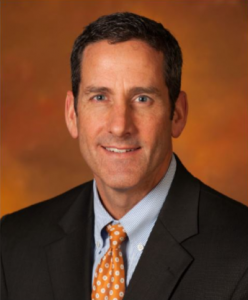 According to Wright, the full build-out time span for all these ventures is probably in the neighborhood of five years. But right now, he says, “it’s a matter of getting the designs so we can get quotes. And of course, we’ve got to get soil borings; we have to tell the bidders what they are looking at in terms of scope of work before they will submit bids, and before we can accept one. And we do have to get some environmental permits; we need to have permits from the railroad, from the agency that oversees the river, and, of course, the Department of Transportation and a lot of others will have to be involved in this before we can actually take on the major parts of some of these projects.”

In terms of maintaining city services, Wright believes that Hickory is similar to many other cities, but with the added advantage of being one of the “soundest cities, financially, in the state. Even during the bad times, our people look out for each other and look out for their finances; they pay their taxes. We have been blessed to be in such strong financial condition, considering the triple recession effect, compared to most other places across the country,” he muses.

Hickory has also benefitted from prudent and timely infrastructure spending over time. “Like every city, we have ongoing needs for road repairs, water and sewer pipes, replacements, enhancements,” Wright admits. “But we are fortunate that we have a relatively new water plant – a little less than 30 years old – and it’s designed to be a regional supplier. So we have capacity for about 32 million gallons a day and we’re presently running about 12 or 13 million gallons a day. So, we’re good on that front. And we have a new state-of-the-art, two year-old waste water treatment plant. So we don’t have any extraordinary needs that we have to fill.”

In addition to being able to maintain its infrastructure despite the economic challenges faced by the citizens of Hickory over the last several years, the city has also managed to maintain its rich cultural life. “We have an active arts community; we have a symphony, we have an art museum, we have a science center, and community theatre – things that very few cities, our size, enjoy,” says Wright. “But we felt we needed to do more.”

Wright hopes that he will still be Hickory’s mayor when that “more” finally comes to fruition, and his eye is resolutely on the prize, with, perhaps, a little glance left over for the citizens of town who, once again, have cooperated to make the future possible. “A side benefit is going to be that all of the people who are here, and have been here, and will be here for life, will have a nicer place to live. But that’s not the objective,” he asserts. “The objective is to create an environment that will lure young people and the companies that employ them.”

“Life. Well Crafted.” Or should we say: “Nulla Vestigial Retro – No Steps Backwards.” Either way, for the citizens of Hickory, North Carolina, it’s always been about moving forward – and doing so together. 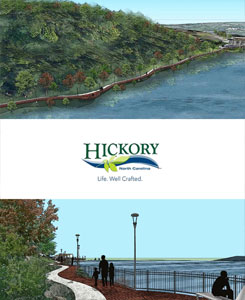