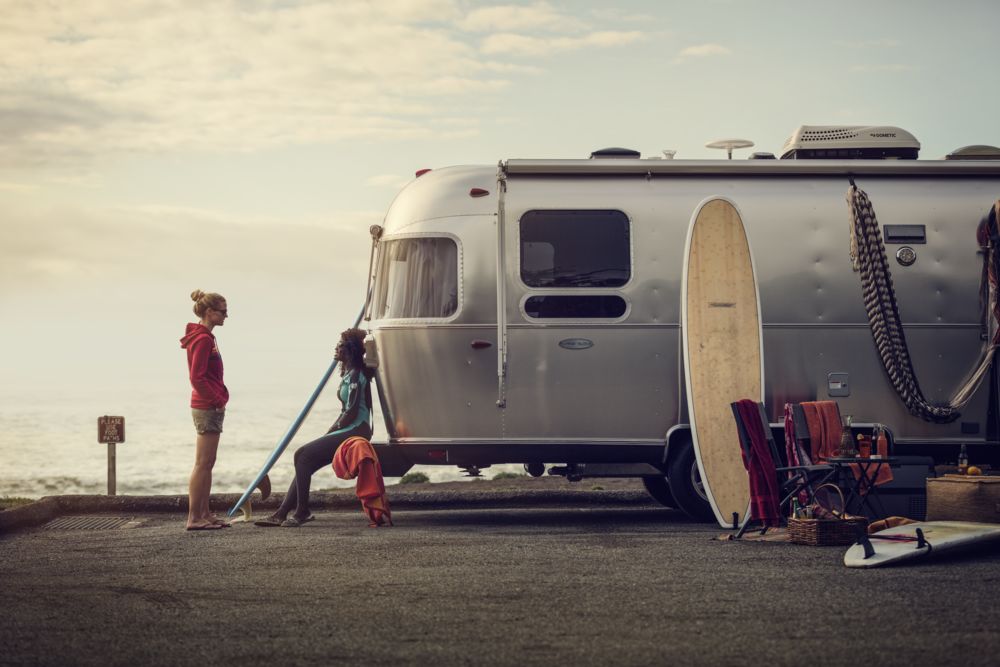 Business View Magazine interviews Dave Schutz, Senior VP for RV OEM Sales for the Dometic Corporation as part of our series on the American RV industry.

There was a time in the not-too-distant past, when truck drivers had to stay in roadside motels and truck stops each night if they wanted to enjoy a cool room or a cold beer. And RVers tended not to venture into the desert for any length of time, because it was too dangerous to be caught out in the heat in a hot trailer or motorhome. All in all, life on the road was, all too often, simply a reminder of the missing comforts of home.

But all of that has changed over the last several years, as the art and science of refrigeration has evolved to include such road-worthy appliances as fridges and air conditioners, and as companies such as the Dometic Corporation began to make mobile living easier and more attainable – and a whole lot cooler.

Dometic had its start in 1922, when the science of absorption cooling, which was invented in 1858, by the French scientist, Ferdinand Carré, took a giant leap forward under the auspices of two Swedish engineering students at the Royal Institute of Technology in Stockholm, Baltzar von Platen and Carl Munters, who were convinced that the best way to create a cooling effect was to use heat. After much trial and error, the pair of inventors managed to design a cooling cabinet with no compressor, no moving parts, and no ice. By simply applying heat to a boiler, a cooling agent circulated in the system, absorbing the heat and thereby creating a cooling effect. Their cabinet turned out to be the world’s first refrigerator.

The cabinet was patented and, in 1923, a Swedish company, appropriately named Arctic, acquired the manufacturing rights. Two years later, Arctic was bought by Electrolux, a growing appliance company, whose vacuum cleaners, washing machines, and dishwashers are still being made today, and which began selling millions of refrigerators to middle-class homes, especially after World War II, replacing old-fashioned and out-dated ice boxes.

In 1960, Electrolux spun off the leisure portion of its business that had been making products for the recreational vehicle sector, and the company was renamed the Dometic Corporation. Over the last several decades, Dometic has expanded its portfolio of signature RV refrigeration and cooling products to include many other necessities and amenities, including: awnings, screen rooms and slide out toppers, toilet systems, climate control systems, washing machines, water purification products, air purifiers, consumables and cleaning supplies, safes, cooking products, microwave ovens, lighting products, mattresses, generators, central vacuum systems, fans, alarm systems, and other RV and truck accessories that make living on the road much more like being comfortable at home.

“Today, when an RV goes down the road, it’s going to have some Dometic content, and, more than likely, it’s going to have a lot of Dometic content,” says Dave Schutz, Dometic Corporation’s Senior Vice President for RV OEM Sales. “It’s a house on wheels,” he says, referring to the travel trailers and fifth wheels, which make up about 57 percent of the company’s business. “If you build a house, you buy a water heater, you buy a furnace, you buy a refrigerator, you buy a stove. Well, we make those things specifically for recreational vehicles. Our products are made and tested to go down the road at 70 miles an hour while bouncing around. And many of our products work on LP gas, 12 volt, or 110 volt, so you have a choice of power.”

Today, the Dometic Corporation has 6,700 employees who work out of 22 plants around the world. In the U.S., 1,900 workers staff six manufacturing facilities and eight warehouses. “Absorption refrigeration is still a very viable product to the point that we build over 750 a day, here in Elkhart, Indiana; about 400 a day in Germany; and another 300 a day in Zhuhai, China,” Schutz says.

But, like a good chunk of the recreational vehicle industry, Dometic had to make profound changes in its corporate structure due to the Great Recession. Schutz recounts the damage: “In 2006, the industry built 393,000 RVs,” he begins. “In 2009, which was the first full year of the Recession, we built 164,000 RVs. At least twenty-two RV factories went out of business and probably 50 suppliers.” Dometic survived by downsizing its workforce from its then 8,000-person pre-recession level, and closing seven of its 29 plants, four of which manufactured refrigerators. “We had seven plants around the world that manufactured refrigerators,” Schutz recalls. “Today we have three – one in Europe, one in China, and one in Elkhart.”

There were, however, a few salutary results borne from some hard times and tough decisions. “We had a lot of redundancy,” says Schutz, “a lot of duplication. You can say that the stones were exposed when the water went down. We called it ‘right-sizing.’ We sized ourself to the business that was there and then, and as it came back, we put resources where necessary to grow in the right places.”

Another positive result was the necessary moving of the company’s main refrigeration manufacturing facility from where it been for almost a century. “Our refrigerators were still being made in Motala, Sweden, the place where it started in 1922,” Schutz explains. “And during the Recession, it became very evident that there wasn’t enough volume left in the United States to be competitive by producing something as far away as Sweden. So, we made a decision to move a plant that was heavily invested in equipment and tooling from Motala to Elkhart. By the middle of 2009, the first refrigerators came off the line in Elkhart.”

Schutz believes that the Elkhart location is one factor contributing to the company’s post-recession success. “The manufacturers of the RVs, about 88 percent of them, are within 30 miles of us,” he states. “And more than 70 percent of what we produce for the RV industry is made here in the U.S.” This gives Dometic an edge in product distribution and on-time delivery, which helps separate the company from its competition. “In order to be successful, long-term, though, there has to be an assortment of things that tip the scale in your favor,” Schutz advises. “And it’s not always price. We like to say we’re competitive; we’re usually, slightly a little more, but we add the values of quality, dependability, on-time delivery, and a good warranty.”

Another one of Dometic’s competitive edges is its ability to react to change as quickly as possible in a business that moves much faster than many others. “If a dealer called up, for example, and said, ‘I’d like 30 units, but I want you to move the window over four inches,’ I can pretty much tell you that most of the OEMs around here, by the next day, would be building these with the window moved over four inches,” Schutz exclaims. “So, we have to be quick and nimble, as well, because many of our products are ‘hard-tooled,’ meaning it could take 16 or 18 weeks if there is a major change of a hard-tooled stove or refrigerator. On the other hand, in the areas that we can make changes and where we have the ability, we try to do it very expeditiously. For example, we produce over 750 refrigerators a day in Elkhart, and we can make changes in the way the product looks, as far as the color of the trim, the color of the inserts, things of that nature, in a matter of weeks. So, we very much try to follow the industry and its demands.”

Dometic was acquired by the private equity firm, EQT, in 2011, which took the company public in 2015, listing it on the Swedish NASDAQ. “We’re publicly traded now, so our resources are going back into innovation and product development in almost every area,” says Schutz. Some of the company’s initiatives involve making RVs more technologically advanced, especially for the younger generation of RVers who are accustomed to using a plethora of electronic gadgets in their daily lives.

“When the Millennials buy something, they expect it to work,” Schutz avers. “So we’re looking for newer, more trouble-safe technologies that have diagnostics on board that will maybe, in some cases, five years from now, talk to you and tell you to push three buttons. To go out and turn a wrench is going to be foreign to the millennial group, but if it’s inside and something to do with a screen, they’re all over it. And it’s going to raise the bar on quality, because we’re building to a different customer with different expectations.”

Dometic is also investigating both longer lasting, as well as alternative, power technologies. “How do we develop products that work with less power consumed,” Schutz asks. “And how do we develop power-producing products from the sun, the wind, from lithium batteries, so that consumers who use our products can go longer without having to charge? People are spending their vacations in the desert; they’re taking three-wheelers, four-wheelers, motorcycles, bicycles, and they want to be comfortable like at home, but step outside and have this big change in scenery.”

No doubt that Dometic, the global company that has been deeply invested in the recreational vehicle industry for many years, will continue to provide those solutions that satisfy people’s essential needs when living mobile. “That’s really our line,” says Schutz. “It’s mobile living made easy.”

WHO: The Dometic Corporation
WHAT: A leading manufacturer of quality RV parts and accessories
WHERE: Elkhart, Indiana
WEBSITE: www.dometic.com 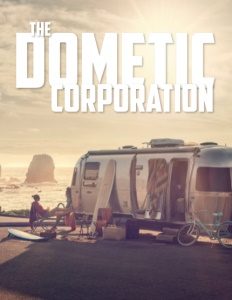