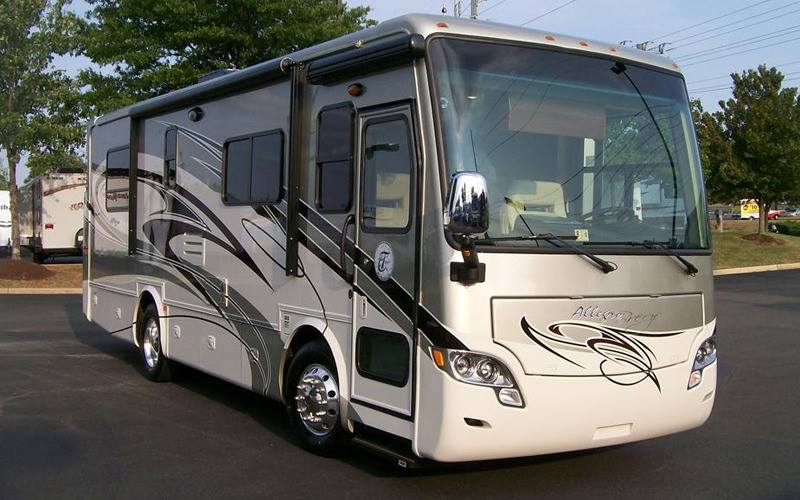 Business View Magazine interviews Roger Sellers, Owner of Tennessee RV, as part of our series on best practices in the RV industry.

There is a simple maxim that stands behind everything that Tennessee RV does: “If you treat customers like family, they will stay with you like family for many years to come!”

“I worked for a company called Foretravel,” explains Roger Sellers when asked about the beginnings of Tennessee RV, “and Foretravel was a manufacturer that owned seven factory stores and one of the locations was in Knoxville, Tennessee.  In 2003, Foretravel decided to shut down their factory stores and sell directly from the manufacturers.  We were one of the more successful stores, so they were going to keep us open longer than any of the others. I was the General Manager there, and they told me that I needed to be prepared to move out by March 31st, 2004.”

So, we started to kind of thin out our inventory and thin out our employees,” Sellers continues. “We had probably 45 employees at the time. And in the meantime, we started trying to put something together. We partnered up with a gentleman named Charlie Anderson and opened that location back up, and worked out a deal with Foretravel to lease the property off of them for a short time frame until we could find a new location or build a new location. Then we started gathering up different products – travel trailers, motor homes, fifth wheels; then we started getting some of the employees in.  Fortunately, during the recession, we managed ourselves in a way that the business really took off as the economy came back. By the summer of 2014, business was so good that I was able to purchase my business partner’s interest in the dealership to become sole owner.

Today, Tennessee RV is one of the most successful recreational vehicles dealers in the country, offering hundreds of units from the best-selling Diesel Motorhome, Phaeton by Tiffin Motorhomes, right through to toy haulers. The company sells every class of camper and has 20 service bays with mechanics qualified for every type of repair possible.

Not a bad achievement for a man who started out as a runner for the parts department at Foretravel and worked his way up through the ranks. Roger Sellers believes in what he does and has built his company on a commitment to excellence, outstanding customer service, and employee loyalty.

“We sell RV’s all across the United States,” explains Sellers. “People order over the internet and we deliver right to their door. We’re really geared up for our Business Development Center, the BDC, we call it.  And that’s basically internet. Because, you know, you have a lot of people out there who actually don’t want to come to a dealership and interact with a salesperson. They prefer to do everything, as much as they can, on the internet. It’s starting to be a huge part of our business. The demographic is really changing.”

It may sound trite to say that a business succeeds because of its positive attitude, but in this case it really just might be true. Tennessee RV started in 2004, right before the bottom dropped out of the financial market in the United States, and the Great Recession saw a sharp decrease in luxury sales across the board. Still, the company grew, in time, when a lot of stores were closing their doors.

“We started out with a lot of talented staff and we did really well,” says Sellers. “In 2004, 5, 6, and 7, we did really well. Matter of fact, we did really well for sixth months into 2008, before the downturn actually affected us. But by that time, we were pretty well established, so, financially we were strong enough to make it through the downtime. Actually, it really worked out to be an advantage for us because during that time, about 38 percent of the dealers across the United States went out of business, and a lot of dealers in our immediate area went out of business.  What that allowed us to do was to capitalize on it by picking up the product that they had, that we had use for. So, where other dealers were trying to salvage everything they had, we were spending money, trying to build our dealership even more.”

When asked about long range goals for Tennessee RV, Sellers talks about the importance of meeting customer requirements, the expansion of product lines, participation in industry associations, and the room for growth within the RV industry. These are not idle observations, as he demonstrates his commitment to these principles through his actions. He is involved in industry RV associations, and has implemented changes within Tennessee RV designed to meet changing customer service requirements, such as the addition of a second facility to support RV storage and an RV Collision Center body shop.

Tennessee RV averages 600 sales per year, with 80 percent being new and 20 percent, used. Sellers again points to the quality of his employees in making this happen, and the importance of customer service. “I think we have to stay on top of our product lines in terms of what the customers want and pay attention to our customers, first off. I think we need to gear up through our Business Development Center to be able to grow that department because there’s still a lot headed in that direction. We have long-term goals of selling 1200 units a year by 2020.”

Of course, there is also another old adage: “location, location, location.” It does not hurt that Tennessee RV is situated at the foothills of the Great Smokey Mountains National Park, the heaviest travelled park in the country, hosting between 11 and 12 million visitors a year. “And the great part about the Great Smokey Mountains National Park is that we have a hundred campgrounds within fifty miles of the dealership here,” Sellers concludes, “So, you know, that’s what makes our accessory store so valuable to customers. There is a lot happening right in our own backyard.”

WHO: Tennessee RV
WHAT: A family-owned RV dealer
WHERE: Knoxville, Tennessee
WEBSITE: www.tennesseerv.com 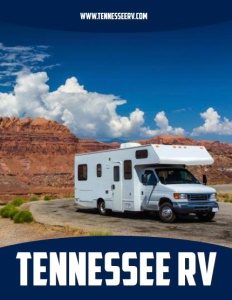