Business View Magazine interviews Jack Barbera of Barbco Inc., as part of our focus on best practices in the construction equipment sector.

Marketing Associate, Jack Barbera, a grandson of Barbco’s founder, explains that the company’s roots actually lay in what is now its number one competitor, American Auger. “Before 1989, American Auger was run by my great uncle, Leo,” he recounts. “They manufactured a lot of the same equipment that we do here. But when he wanted to sell the company, my grandfather, his brother, didn’t have enough money to buy the business. So, he went on his own and started Barbco. He took everything he learned, and all of his dealer connections, and started it from the ground up.” 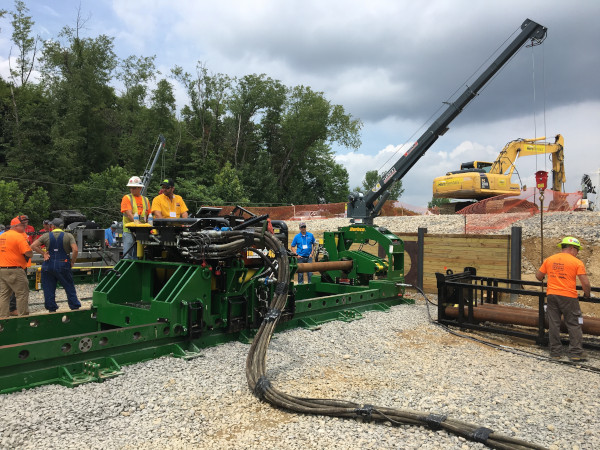 Today, Barbco Inc. has 105 employees at its East Canton, Ohio headquarters, as well as distribution subsidiaries around the globe. “Our two primary ones are here in the U.S.,” says Barbera. “One, called TRS, is here in Ohio, right next to us. It’s a rental/service company that my grandpa also started. The other one, which is probably our largest dealer, is a company in Texas called U.S. Shoring. Outside the U.S., we have a dealer in Lebanon; we have a contractor in Russia, who also operates as a dealer. We have a dealer in Mexico, as well, and we’ve just recently acquired a new dealer in Warsaw, Poland.”

“Here at Barbco, we sell,” Barbera continues, “but most of our dealers, predominantly, rent their equipment; they do have sales capabilities, but they’re more there for rental purposes. TRS and U.S. Shoring are renting out our equipment 90 percent of the time. We also deal in used equipment. We work very closely with our dealers, so if somebody is looking for a used piece of equipment, we direct them to any one of our dealers that might have that piece of equipment.”

Barbera believes that Barbco’s competitive advantages are twofold. “It’s the way we work with people,” he avers. “Our customers and our dealers are people that we’re in contact with a lot and I think that sets us apart from other companies. But also, it’s the equipment. We’re very big on showing people the numbers – the specifications of our equipment: the thrust rating, torque, and horse power are the big three – in comparison with our competitors. And the numbers show, time and time again, that we come out on top.”

Regarding the company’s marketing activities, Barbera says that the company goes to a lot of trade shows, and, most recently, decided to produce its own show of sorts at its corporate headquarters. “We call it Barbco Demo Days, and this is the second year we had it,” he reports. “It’s not as much a hard sales pitch as it is an educational seminar. We bring in a lot of customers and teach them the way we like to handle things out in the field, and then we do a live demonstration with some of our equipment. At that point, the machines sell themselves, because we’re doing live bores right on our property.” 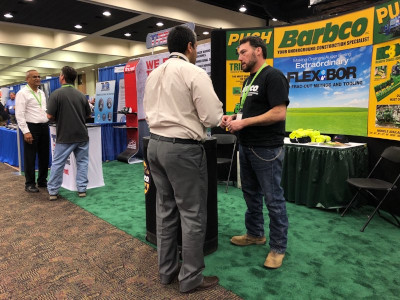 Teaching the next generation of workers is also a key part of the company’s agenda. “We work closely with Louisiana Tech University, and next week is the inauguration ceremony of their new facility, the Barbera Underground Infrastructure Research and Training Facility,” Barbera says. “The BUIRT is named after my grandfather and my great uncle for what they brought to the table in this industry – all the innovations and the way that the companies have become so much more than anybody ever planned.”

When Barbco Inc., itself, needs trained workers for its own manufacturing operations, Barbera says that the company’s Midwestern location is an advantage. “Where we’re located, we’re in the heart of the industry,” he maintains. “There are a lot of contractors out here, a lot of manufacturers that are related to the industry. So, as people come and go with other companies, we need to make Barbco an attractive place to work for them. We’re always more than willing to send people to technical trainings to get them more familiar with the equipment. Our employees here, who are more experienced, are also more than willing to show them how we do things here at Barbco.”

“The corporate environment here is far different than most others,” he adds. “A lot of times, in similar industries, there’s no integration between people in the front office and the people actually building machinery.  But, there’s a lot of integration here, which makes it a very tight-knit company, and an enjoyable place to work. That even goes to our relationships outside of the company. I think that the way that we deal with people, whether you’re a customer, whether you’re a dealer, or whether you’re a fellow employee, there’s more of that family feel to it.”

Barbco Inc. – a leader in the underground industry.

WHAT: A manufacturer of high quality underground construction equipment

National Tube Supply (NTS) is a leading national distributor of carbon and alloy mechanical tubing. With four warehouses located across North America, an extensive inventory and precision-cutting services, NTS has been exceeding customer expectations for more than 25 years. Our customers are our top priority and we work with them to determine the best solutions for their needs. For more information visit nationaltubesupply.com

RJ Wachsman Homes – The pride of...

Union City, California – On the move 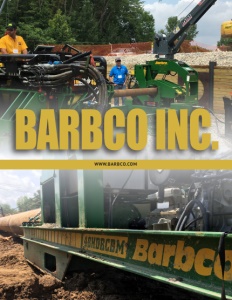