Business View Magazine interviews representatives from Klamath County, OR, as part of our focus on best practices of county governments.

Klamath County, Oregon is a large rural county in the southern part of the state with a population of 67,000. It was named after the Klamath, the tribe of Native Americans living in the area at the time the first European explorers entered the region. Today, about half of the county’s 6,132 square miles are owned by either the state or federal governments, with the U.S. Forest Service, the U.S. Fish and Wildlife Service, and the Bureau of Land Management being the largest land owners. The Klamath Basin, which was established on the Lower Klamath Lake in 1908, has the nation’s first waterfowl refuge. Since then, five additional refuges were established within the Basin for the millions of birds that migrate each year along the Pacific flyway.

Thus, Klamath County is well-known as a bird-watching paradise, as well as a “wonderful place for anybody who loves the outdoors,” says Mark Gallagher, the County Planning Director. “We have Crater Lake National Park and the National Forest is a great place for hiking, camping, kayaking, etc. There’s a pristine lake up there, Lake of the Woods.” Andrew Stork, Operations Manager for Klamath County Economic Development agrees: “Our area is special because we have 300 days of sunshine a year, if not more, but also get to experience all four seasons” he states. “We have an abundance of biking, birding, fishing, hiking, golf, zip-lining, kayaking, skating, hunting, and horseback riding. It really is an outdoor, recreation area.” 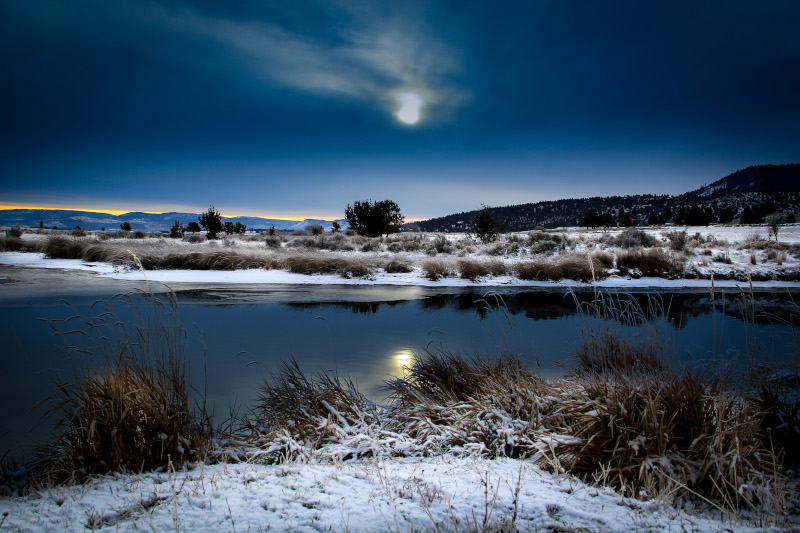 Historically, Klamath County’s economy was based on timber and agriculture, both of which have declined over the years as a percentage of the region’s current economic activity and employment. Today, the Sky Lakes Medical center is the largest employer in the area, followed by the Klamath County School District and Jeld-Wen, a manufacturer of doors and windows. But, according to both Gallagher and Stork, the County’s geographic location offers many advantages for new business opportunities.

“We’re on Hwy. 97, which is a main north/south trucking route from California to Washington,” Gallagher notes. “We’re also on the main north-south rail line along the west coast. There are hubs of facilities here, like electric transmission lines that are going north, south, east, and west. We’re also a hub for a couple of major gas lines that come through the area. And we’re on the Klamath River. So, there’s a lot of opportunity for additional development.”

Currently, there is a major industrial site on the river that’s available for businesses looking to locate there.  “We also have a waterfront development next to the downtown,” Gallagher adds. “The state just announced that they’re going to build a new Department of Human Services building there, that’s going to be the first big addition to our waterfront development project.” Stork also states, “There’s a new hotel eyeing the area, as well as two new restaurants, and it could build out a neat waterfront element to our downtown main street.”

“There’s strong infrastructure in place – rail, electric, utilities, bandwidth,” Stork continues. “And compared to most areas on the west coast, Klamath’s operating costs for business are between 8 to 32 percent lower than most west coast communities or cities, allowing for business to operate rather inexpensively. One of the key benefits is that we also have large industrial land available – one of the few places in Oregon that does. There are several sites that continue to get exposure. Within the last three years, potential investment has increased 20 times what it was three years ago. And the leadership here is highly incentive-based and willing to get very creative in order to distinguish us from other areas. 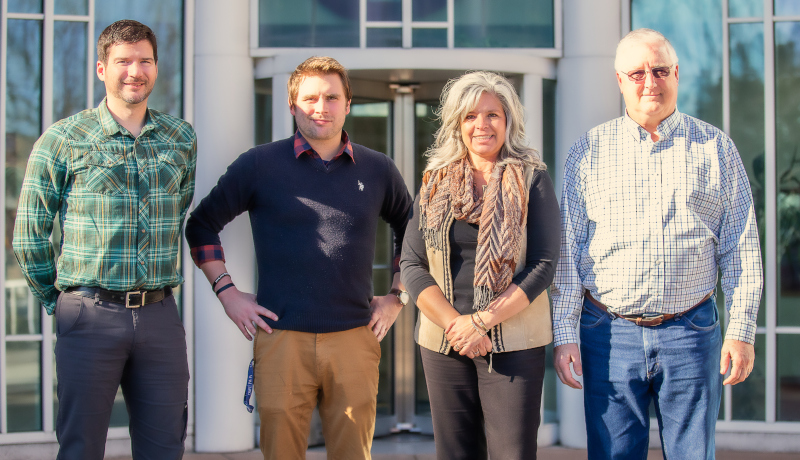 “For instance, there was a grocery store, which we needed to fill in our downtown, because it was critical to downtown development and a thriving main street. The County Commissioners got involved in that transaction, helping move what originally was a property that had been brought into bankruptcy on the bottom of some holding company’s portfolio. They purchased the building and then the economic development arm found a business to fill that building, so the County could sell it to them at more competitive pricing. It’s uniquely collaborative compared to how stuff like that typically operates.”

Other county assets include the Oregon institute of Technology, a public polytechnic university in Oregon with the main campus in Klamath Falls, the county seat. “It’s a university-sized facility that’s growing,” says Gallagher. “They’ve just remodeled one of their major facilities and they have another new building underway. We also have Klamath Community College. They, too, are growing like crazy; seems they are adding new buildings every year to match a growing curriculum that’s well suited to address workforce training needs.” Stork adds, “Oregon Tech was ranked in the top three public engineering schools in the west coast. To have an asset like that in a rural community such as ours is really outstanding. And they’re planning on adding a thousand freshmen over the next decade. Enrollment growth efforts like that are one of many reasons we see a promising future for Tech Hills.” Tech Hills is a large business park located immediately adjacent to the Oregon Tech campus that brings together private land owners, higher education, and the medical/health industry into one unique cluster, creating opportunities for innovation and research enterprises to prosper in one collaborative location.

Five miles southeast of Klamath Falls sits the Crater Lake-Klamath Regional Airport, which, in addition to hosting an active general aviation community, is the only base now in the United States that trains F-15 fighter pilots. “And they’re being considered for the F-35, when the F-15s get phased out,” Gallagher reports. “If the F-35 came to the base, it could introduce a lot of unique opportunities for cyber security, aviation, and aerospace industries to take place in the area,” adds Stork.

Klamath County has also become a prime area for green initiatives and renewable energy. Natural geothermal hot wells provide heat for many homes, businesses, and the Oregon Institute of Technology campus. In addition, the county has approved a dozen solar projects in the last five years. There is also a growing interest in new industries, such as brewing. “Entrepreneurially, there’s been an emphasis on diversification,” says Stork. “We’re diving into those markets and leveraging all the good things about Klamath that make people want to choose this area. We want entrepreneurs to have the opportunity to grow here and have their businesses come to fruition here.” 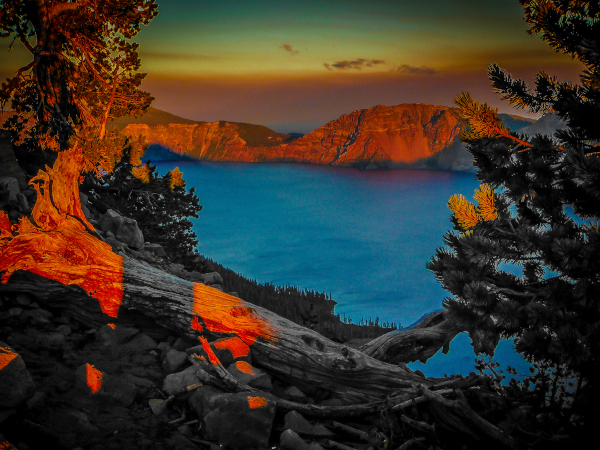 Meanwhile, the County continues to offer its residents and tourists, alike, many amenities and infrastructure upgrades that contribute to the area’s high quality of life. For example, the Klamath Trails Alliance works with a wide range of public and private groups and landowners to acquire trail right-of-ways, build and maintain trails, and promote enjoyment of the area’s natural resources. “Last year we hosted our first ultra running event, the Spence Mountain 50K,” says Director of Public Works, Jeremy Morris. “That drew in a hundred people from southern Oregon and northern California.”

“Another unique aspect of Klamath: we have an urban trail network that gives folks a healthy commuting option during spring, summer, and fall, and that’s our network of paved trails,” Morris continues. “Our community is broken up really well by a ‘rails to trails’ conversion; it’s several miles long and paved, and it also goes for another 90 miles outside the community to the east. It’s the longest linear park in Oregon. We also have a few irrigation delivery canals that have trails along them. We have an east/west one, and a north/south one and some connections in between. We’ve commissioned an urban trail master plan, which looks at the existing network and tries to anticipate what the future needs are. It projects out ten years. We’re using it to earmark some of our bike/pedestrian funds from the state gas tax in order to target some of those projects.

“We recently completed a ‘safe routes to school’ master plan. It identifies the deficiencies around schools and one way to get kids back to being healthy and focused on alternatives to jumping in the car and getting delivered to school. It takes a one-mile radius around the ten or twelve schools we have in the urban area, and identifies the sidewalk deficiencies, where there aren’t ramps or bike lanes, and it builds a project list that helps us choose investments over the next ten years to complete those sidewalk and bike lane networks in order for parents to be more comfortable with allowing their kids to walk or bike to school, safely.

“This year, we received a grant from ODOT (Oregon Department of Transportation) to update our master Transportation System Plan. That helps us look at the existing system, see where those deficiencies are for vehicles and bicyclists. It projects out where future growth is going to occur and how we build modern facilities to anticipate that future growth so we don’t have increased congestion. We mitigate it by being ahead of the curve. It will guide us for the next ten to twenty years on capital projects and how to commission those in response to growth.

“Lastly, we invest quite a bit in our roads and bridge network. Our public works are a $10-15 million annual budget. We look at maintenance activities, preservation, all the way up to capital projects like the Foothills Bike Path and multi-million dollar road and bike/ped projects. In addition, we proactively replace our bridges. We have 850 miles of paved and gravel roads in the county under our jurisdiction and we have 200-plus bridges. That’s about a $2 billion asset and we’re trying to make sure that our investments are targeted to get the biggest bang for the buck.”

“We also have a multi-purpose community sports complex, which contains a state-of-the-art skating park, soccer field, baseball fields, and trails. Along with its existing features, in the future it is potentially looking to add a gymnasium and pools,” Stork notes. “It’s a very good community gathering location where plenty of events held there bring in thousands of people.” Another one of the major assets in Klamath County is the Running Y Resort, set on a 3,600-acre Cascade Mountain ranch along the Upper Klamath Lake. “It offers so many different offerings that speak to the unique qualities of the area. It has an Arnold Palmer Signature course that was ranked as one of America’s greatest public golf courses. It’s pretty outstanding.”

Between its growing economic activity and its many outdoor amenities, Klamath County is clearly well-positioned and ready for an exciting and nature-based future.

Check out this handpicked feature on Independence County, Arkansas.

WHERE: In the southern-central part of the state

Sky Lakes Medical Center in Klamath Falls, Ore., is community owned, internationally accredited, and nationally recognized for its culture of excellence. Everyone in the Sky Lakes corporate family – which includes the award-winning medical center, our Cancer Treatment Center, and Cascades East Family Medicine Residency – is dedicated to helping make our community healthier. Sky Lakes investments are helping make it easier for the people we serve to adopt a healthier lifestyle. 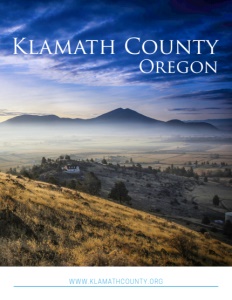