Lawton is a city in, and the county seat of, Comanche County, located in southwestern Oklahoma, about 87 miles southwest of Oklahoma City, along Interstate 44. Lawton was founded on August 6, 1901, and was named after Major General Henry Ware Lawton, a Civil War Medal of Honor recipient killed in action in the Philippine–American War. Lawton’s landscape is typical of the Great Plains, with flat topography and gently rolling hills, while the area north of the city is marked by the Wichita Mountains and Mount Scott, the region’s most prominent geological feature rising to 2,464 feet.

In 1998, Lawton annexed a portion of nearby Fort Sill, an active U.S. Army installation that was originally established in 1869 for stationing cavalry troops during the Indian Wars. Today, Fort Sill hosts the U.S. Army FIRES Center of Excellence, which integrates field artillery and air defense artillery, as well as the Army Targeting Center. As Lawton’s largest employer, Fort Sill contributes significantly to the economic activity in the region, with over 5,000 full-time employees.

Other major employers in the area include Goodyear Tire and Rubber Company, Lawton Public Schools, Comanche County Memorial Hospital, Southwestern Hospital, Republic Paper, Silverline Plastics, Bar-S Foods, Cameron University, and Great Plains Technology Center, as well as the City of Lawton. With Western influence, Native American roots and a large population of veterans and military dependents, the community is uniquely diverse. It is considered the “Hub of Southwest Oklahoma” and community leaders share a common goal in creating leadership and opportunity for the region.

That common goal has led to several milestone achievements this year, to include the passing of a 14-year Capital Improvement Plan (CIP) in February and the recent implementation of the FISTA (Fires Innovation Science and Technology Accelerator) program, both of which will benefit the Lawton community for years to come. “A good long-term plan is a road map to get you where you know you are; to heights you never thought you could achieve,” says Lawton Mayor Stan Booker.

The City of Lawton has tapped into its strong relationships with Fort Sill, the Great Plains Technology Center, and Cameron University in its creation of the FISTA, which will be managed by a newly formed trust authority and targets taking advantage of local opportunities for investment in industrial development and high tech job creation.

Fort Sill is the home of the U.S. Army’s Field Artillery School and the Fires Center of Excellence (FCoE). Within FCoE are two of the Army’s eight Cross-Functional Teams (CFTs) – Long Range Precision Fires (LRPF) and Air Missile Defense (AMD). The Army Futures Command, which is headquartered in Austin, Texas, challenged its CFTs, as well as their communities and academic institutions for technical training and higher education, to sponsor and grow research and development entities in science and technology outside the gates of their installations. For the City of Lawton and Fort Sill, that call was a significant opportunity that could not be missed. 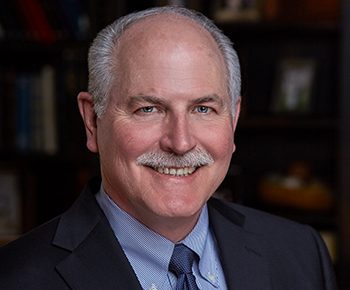 Lawton City Council moved forward in approving the FISTA trust authority in August. The Lawton Economic Development Corporation and the City Council already approved a budget that is to be funded with a $2.5 million allocation of CIP dollars, which has a special funding category for industrial economic development. FISTAs activities are slated to include defense-related industrial space for research and development, science and technology laboratory rooms, and an initial prototyping integrating facility. The authority and City leadership are currently scouting locations for development of a facility or facilities that will allow for this.

Booker says the FISTA will be a new economic driver in Lawton, as the federal government is expected to award contracts to defense and technology firms for research and development in many fields. “The citizens of Lawton put forth their hard-earned tax dollars to move this city forward; they have faith in their community and are willing to invest in it to move it towards the future,” he exclaims. “There will be high tech jobs in support of the CFTs. Many exciting happenings are in the works.”

City Manager Michael Cleghorn values the relationship that the City of Lawton shares with Fort Sill, as well as the support of many partner agencies that continuously work together to grow and improve the Lawton community. “The CIP and the FISTA are geared toward moving the Lawton Fort Sill community toward the future and that includes providing jobs based in science, technology and engineering,” Cleghorn notes.

The local education sector supports such endeavors and places an emphasis on studies that reflect that mission. Lawton has been named a STEM City of Oklahoma due to its investment in STEM education. In 2017, Lawton voters passed a $99.5 million school bond; a portion of dollars to be allocated to instructional and student technology, as well as specific programming for students. 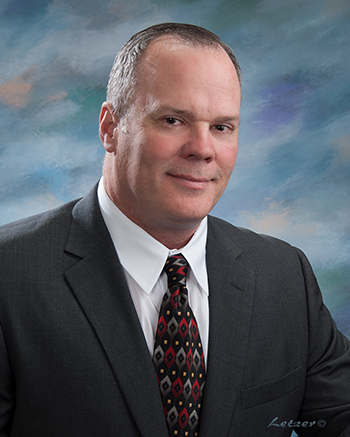 The rebranding effort, led by the Lawton Fort Sill Chamber of Commerce in conjunction with the City of Lawton, included downtown community gatherings and block parties for all ages, pre-COVID. Events were intended to shine a light on local businesses, as well as create a refreshed sense of community and show off the historical beauty of Downtown Lawton.

“We have a mixed-use district that is a live, work, zoning district that we established for the downtown area,” says City of Lawton Deputy City Manager, Richard Rogalski. “We’re beautifying our streets, putting in trees and brick pavers – several million dollars in projects. We have a public/private partnership that took out about a hundred acres of blight and put in a brand new shopping center. So, we really have been working very hard on trying to get our downtown revitalized and we are excited for new developments in that area.” 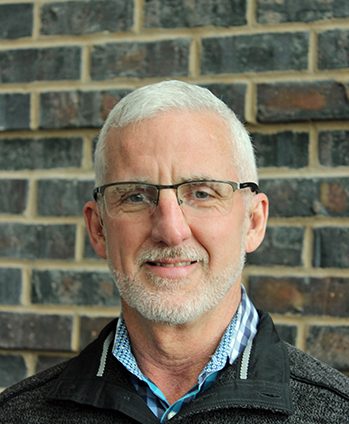 Increasing walkability in the City is a topmost priority, not only downtown but throughout all of Lawton, and this is another area that will be improved upon through the recently passed CIP. Dubbed “PROPEL” (Pursuing Renewed Opportunity and Projects to Elevate Lawton), the initiative extended the life of a dedicated sales tax with 64.1 percent of the vote. Key areas included funding for demolition and curb appeal projects, infrastructure improvements, technology maintenance, airport renewal, youth initiatives, public transit needs, and facility upgrades, as well as industrial development.

“As part of the CIP, the City voted on approving $18 million for streets and sidewalks with $5 million set aside for sidewalks, specifically,” Cleghorn explains. “We’ve also invested a record amount of money to our Parks and Recreation Department and associated programming and projects to make sure we are a city where young families want to live, work, and play.”

With a population of approximately 94,000, Booker says that he expects that number to increase after the next census. He bases that assumption on the condition of the City’s current housing supply, which he notes is the tightest it’s been in over a decade. That being said, Cleghorn shares that Lawton still has a wide variety of housing availability – everything from apartments to townhomes to various sizes of personal residences. There is “a good mix that caters to a wide variety of the persons who live here,” he adds.

That mix includes retirees and ex-military. In fact, Lawton was recently rated in the top ten places in the U.S. to retire to. “We’re very proud of the availability of affordable housing,” Cleghorn declares. “Lawton Fort Sill is rated as one of the most affordable places to live in the country, based on available housing and housing costs.”

Staying healthy is also a hallmark of life in Lawton. The greater Lawton area has three major hospitals – the largest, Comanche County Memorial Hospital, is a 283-bed nonprofit hospital that employs 250 physicians. Southwestern Medical Center is a 199-bed hospital with a staff of 150 physicians. In addition, the U.S. Public Health Lawton Indian Hospital is located in the City to provide health services for the large American Indian population. It has 26 beds with a staff of 23 physicians. The City of Lawton is a four-time Oklahoma Excellence Certified Healthy Community – the highest of three levels of certifications – due to its continuous commitment to promote wellness, encourage the adoption of healthy behaviors, and establish safe and supportive environments.

Regarding sustainable practices and programs, Cleghorn remarks that for well over a decade the City administration has encouraged green practices in all of its projects. In 2017, through a public/private partnership, the City of Lawton opened the first CNG (Compressed Natural Gas) station in the community. This made the City a viable force in energy-saving efforts and the fight for cleaner air. The City’s Stormwater Management team also actively seeks grants and opportunities to protect property and the environment, most recently receiving a $112,000 grant through FEMA to allow the City to demolish three flood plain homes and create some open space areas.

“We are also working on a $42 million project to enhance our water resiliency and infrastructure throughout the city,” Cleghorn says. “We pump water a long way from a couple of lakes around Fort Sill; it’s important for the City that we have reliable water. This project is being funded through multiple avenues and grants.”

Finally, EDF Renewables, an alternative energy company with a 30-year history in North America’s solar and wind industry, recently bought 4,350 acres of land just southeast of Lawton from the Oklahoma Commissioners of the Land Office. It plans to build a 250-megawatt solar farm on 2,500 acres, with the capability of producing power for 100,000 homes.

It all speaks well of Lawton’s desire to seize opportunities and “propel” itself into the future.

WHERE: In Comanche County, in southwestern Oklahoma