Business View Magazine interviews representatives of Cape Breton Regional Municipality for our focus on infrastructure and community development in Canada. 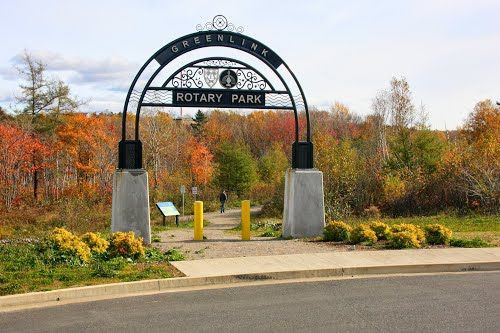 While the Cape Breton Regional Municipality is home to a significant concentration of government services, social enterprise, and private sector companies, including the Canadian Coast Guard College, Cape Breton University, NSCC Marconi campus, and New Dawn Enterprises, its rural areas continue to support agriculture, fishing, mining, and forestry. Tourism, however, is the big driver. In autumn, thousands of visitors are treated to a blaze of fall splendor with the Celtic Colours International Festival. Among the region’s many cultural treasures is the renowned Fortress of Louisbourg National Historic Site. The site is operated year-round by Parks Canada as a living history museum and stands as the largest reconstruction project in North America. Then there’s the Cabot Trail, dubbed one of the most scenic routes on the planet. A truly breathtaking experience – whether driving on the main road or venturing off to spectacular hiking trails and iconic fishing villages nestled into the coast.

Transportation-wise, the Cape Breton Regional Municipality is ideally situated for travellers. In 2018, the Port of Sydney expects to welcome upwards of 90 cruise ships and over 200,000 passengers. The Trans-Canada Highway terminates in North Sydney where Marine Atlantic ferries connect to both Channel-Port aux Basques, where the highway starts again, and Argentia, Newfoundland. Rick McReady, CBRM Senior Planner, reports, “We have about 100 cruise ships coming into Sydney Harbour. And large numbers of people drive in for our tourist destinations, like the Fortress of Louisburg, and pass through en route to Newfoundland. Here, in Sydney, we have quite a few hotels in or near the downtown core (at least 1,000 rooms), and there are accommodations in Louisburg and North Sydney, as well.”

The major focus for the local government, right now, is on the Port. As CBRM’s Economic Development Manager, John Phalen, explains, “In the last couple years, Council has adopted a strategic direction based on development of the Port. What makes us unique over many others is our proximity to Europe and Asia for shipping. We just invested quite a bit in a harbor dredge that brought our harbor up to a depth that can handle the largest container ships in the world. We received funding from all levels of government for the dredge, as well as from Nova Scotia Power that has an interest in bringing coal into the harbor from a recently reopened coal mine. But the container port development, itself, is all privately funded.”

Another challenge for the Cape Breton Regional Municipality is critical water and sewer infrastructure that is at the end of its life. John MacKinnon, Deputy CAO of the Municipality and an engineer, himself, weighs in on the dilemma: “We are six former towns and one city situated right on the ocean. Years ago, we heard ‘The solution to pollution was dilution.’ They simply put a big pipe out into the ocean and off went your problem. Now, federal and provincial regulations require that anything that flows into the ocean and water courses be treated. Since all our towns and cities are quite old and the infrastructure is incredibly dated, there are enormous costs associated with collecting the sewerage and building treatment facilities. Not to mention, the actual treatment that goes on throughout the year. We’re talking upwards of half a billion dollars for the initial infrastructure work, and more than $20 million per year in additional operating costs for treatment. That is certainly a challenge that’s hitting us right now.”

There are three industrial parks within the Cape Breton Regional Municipality. One on the south branch of Sydney Harbour sees a lot of marine use. The park in North Sydney has limited activity, and the third park, that’s just been developed by the province, is in its initial marketing stages. So, while industry is not booming there, now, the Municipality is working to market the parks with incentives and good land pricing. A program currently in development involves incremental taxing with a 10-year phase in of taxes, as an incentive for people to develop businesses in the industrial parks. According to Phalen, “That’s something we’re looking to put in place for our downtown cores, as well. All our former towns had a business district or downtown area and most of them have suffered the last few years. The tax incentive is intended to stimulate development in those core areas, along with the business parks. That tax bylaw will, hopefully, be in place by the end of the year.” 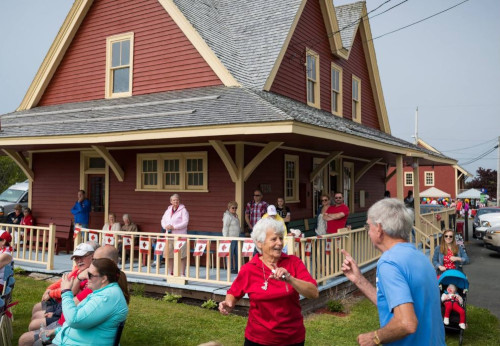 In the city of Sydney, the Region’s largest downtown is getting much-needed attention, thanks to a partnership between the Cape Breton Regional Municipality and the National Trust for Canada. They, along with the Sydney Waterfront District Association, are working on a number of downtown redevelopment initiatives. Of particular note: a major facelift planned for Charlotte St. – the main shopping street. An RFP has been issued for engineering firms to come forward with detailed proposals for completely reconstructing the street, relocating wiring underground, beautifying the streetscape, and making it more pedestrian- friendly. “That will probably get underway in 2020,” says Phalen, “and be phased in over a couple years. We see it as a major investment by the Municipality in changing the face and functionality of our main downtown street.”

There is some residential development in the downtown, now, and encouraging more is a key objective of the Municipal planning strategy. Unfortunately, provincial legislation only allows tax incentives for commercial assessments, not residential. But there is a bright light on the horizon that could totally change the downtown scenario. MacKinnon shares the good news: “Nova Scotia Community College (NSCC) is currently located ‘out on the highway’ between Glace Bay and Sydney, and the Province of Nova Scotia has committed to moving that Marconi Campus – including 1,200 students – to our downtown. They are in the stage of siting a location and it’s a fairly aggressive timetable. The message from the provincial government is that they really want to make this happen. Construction would, ideally, begin later in 2019 on the 200,000-sq.-ft. campus facility at a cost of over $100 million.”

And there’s more. An Expression of Interest for development of some Cape Breton Regional Municipality harbourfront lands has also gone out, and a company is interested in locating a private residential development there that would link the hotels, and possibly relocate the casino, and include a new public library. That project, in the $100 million range, is also being looked at by Council.

Presently, there is only one berth for cruise ships and often three ships in the harbor at one time, with passengers brought into land by smaller boats. “So, we’re building what we call, The Second Berth,” says MacKinnon. “A $20 million project that’s also big for the downtown core – as it will increase the size of ship we can land. Right now, the Queen Mary comes to town and has to park out in the harbor. With The Second Berth, we’ll be able to accommodate the biggest cruise ships right up to the dock, where passengers can disembark. That will give us the ability to have two on the deck at one time.”

One significant item lacking in the Cape Breton Regional Municipality is natural gas. Electricity and oil are the main sources of energy. As Phalen states, “Just to generate electricity in Nova Scotia, we’re still burning large quantities of coal. We do have the Maritime Link, though. Nova Scotia Power (Emera) ran a cable from Muskrat Falls to a transfer station that will provide green energy to all of Nova Scotia and down into the northeastern United States. Muskrat Falls is a new hydro-electric plant being built in Labrador by the Newfoundland Energy Authority. Nova Scotia Power is partnered with them for this link; the cable is already buried in place and as soon as Muskrat Falls is up and running, the power will flow. We’ll be able to buy energy from them at a reduced rate and help support the green energy commitments we’ve agreed to, federally.”

So, there’s much in the planning stages, and so much positivity and exciting times ahead for the residents and businesses of Cape Breton Regional Municipality and the Island, as a whole. With three of the top 10 golf courses in Canada located here, and photo opps galore, Cape Breton is definitely worthy of Travel & Leisure Magazine’s title of “#1 Island in Canada.”

Check out this handpicked feature on City of Winkler, Manitoba – Driven by diversity.

WHAT: Amalgamated municipality, population just under 100,000 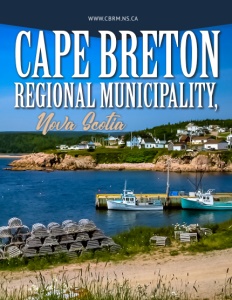