For many residents of Readington Township, New Jersey, family roots are planted as deeply into the soil as the crops of their forefathers. Since the 17th century the area has been an agricultural hub, beginning as early as 1730 when “Readings” Township was formed by charter of King George II. Mayor Jonathan Heller reports, “We are a rural community on the outskirts of the suburban sprawl of New Jersey. Our roots are agribusiness, we are a farming community from the late 1700s and we have been trying to maintain our rural American feel.”

Readings officially became Readington Township in 1798 when a number of villages were incorporated. Located in Hunterdon County, the township is bordered by the Lamington River and Rockaway Creek on the north, Somerset County to the east, and in the south, the South Branch of the Raritan River. Today, it continues to be the largest township in the county, boasting almost 48 sq. miles and a population of about 17,000. Township Committee and Planning Board member John Albanese notes, “When you come to Readington you will find a lot of different sections. The downtown area is Whitehouse Station and we have another part of town called Three Bridges, and other areas that were formerly villages that are now incorporated into the township.” 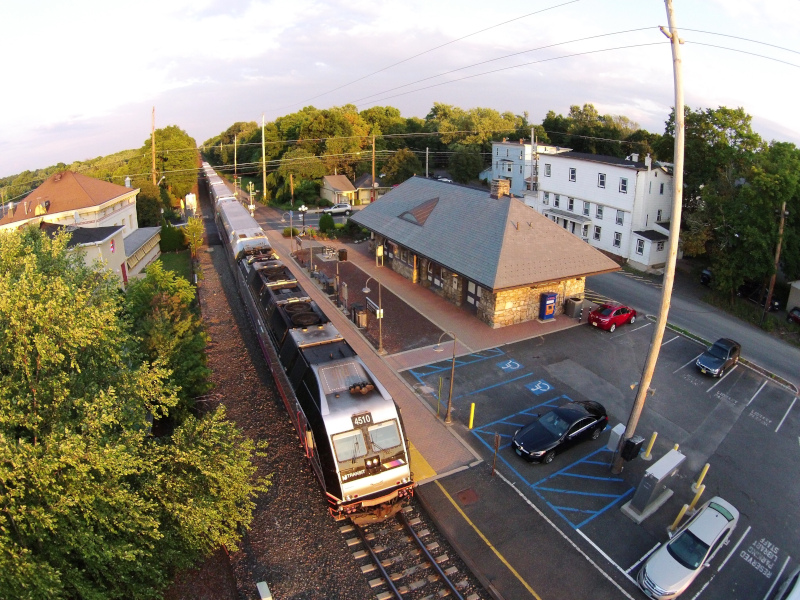 Readington’s agricultural roots are a source of pride for residents. To that end, diligent preservation of the past is at the core of the township’s planning process as it moves forward to embrace the ever-changing ways of today and prepare for what may come tomorrow. “We have quite a good heritage preservation commission, in terms of preserving some of the existing housing stock that’s ancient,” notes Township Planning Board Chair Ron Monaco. “The word for me is balance. We’re trying to balance inevitable growth with some open space purchases and recreational areas and businesses that are required to help pay the taxes. It’s all about balancing going forward, so it’s still that liveable community that we know and love.”

With five 18th-century homes, a mill wall, a store, cemetery, inn, two school houses, and several early 19th-century dwellings still intact, there is little wonder historic preservation is high on the list. Work is moving forward on weaving new structures and amenities into the fabric of the township to accommodate the needs and wants of both old and young.

The majority of planning currently revolves around implementing affordable housing complexes to the tune of about 881 units (a combination of market rate and affordable units), meaning a potential 14 percent increase in residential units within the municipality if they are all constructed. According to Monaco, “Residentially, the word now is affordable housing so we’re consumed mostly with that. In terms of available space, when I joined the planning board in the 1980s we used to have one or two 100-acre farms come in for development every month and since that time we’ve gone two ways: One, we’ve developed a lot of those 100-acre farms for residential but we have also preserved a lot of them going forward. So at this point you either have a development or you have preserved land. There aren’t a lot of those 100-acre parcels available anymore but in the Whitehouse Station area and the Three Bridges area there are parcels that you can use for higher density and that is what we’re doing to meet the State requirements for affordable housing.”

To date, new developments are a quaint blend of historic and modern with walkable trails and close access to commuter trains. Monaco reports, “In terms of trying to knit some of the affordable housing communities into the town, we just completed one 72-unit development which abuts the downtown Whitehouse Station, so it fits really nicely. It connects walkable sidewalks to the main sidewalks on Main Street and we have another complex going in behind the train station that we’ve zoned for. We’re really trying to knit them in with Whitehouse Station, so we are big on walkways and paths to do that.” Zoning updates to provide for more use along the township’s business corridor and incorporate more walkable spaces have also been undertaken. “We’ve worked hard in terms of creating a sense of place for the community,” Monaco adds. “We take that very seriously and try very hard to keep it.” 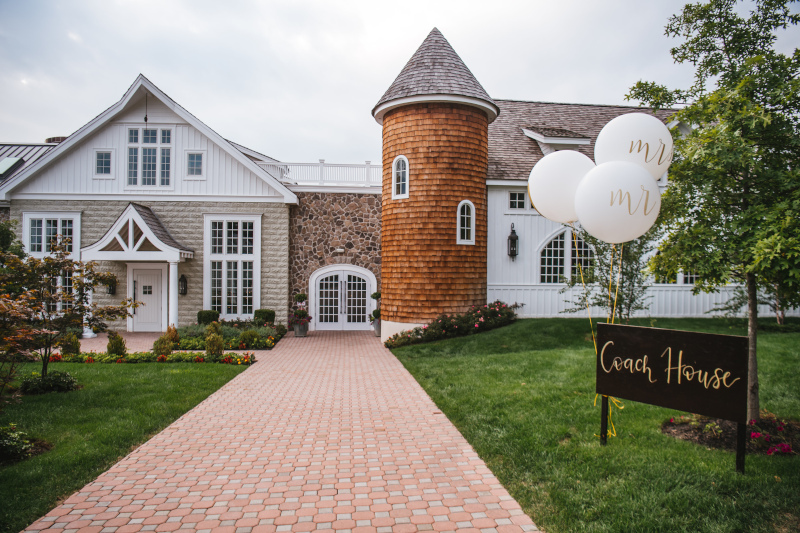 As a bedroom community Whitehouse Station, which was created when the first railroad came through the area in 1847, is an important link for commuters. “I would say most people work to the east, even into New York City,” explains Albanese. “For commuters, that train line will connect you to New York City; I did that for 15 years. They can also stop along the way to get to Newark or Jersey City, where there are a lot of employment opportunities.”

Municipal services and local businesses are plentiful, ensuring residents are well equipped to enjoy their surroundings. Readington Township relies heavily on volunteers to assist in areas such as firefighting. “We have five public parks and a series of trails and open spaces that are highly utilized,” Albanese shares. “We also have a quality public education system with four schools within the township. We have four fire departments that are all volunteer, we have a rescue squad that is mostly volunteers with some paid positions, and a transit line that comes in through Whitehouse Station and continues through to Hunterdon County. There are a few large businesses including QuickChek, a regional convenience store chain that is headquartered in Readington, and UNICOM Global that replaced Merck at that campus.”

A three-person recreation team ensures there are many things to do to increase fitness and promote overall well-being in the community. Ball fields, playgrounds, basketball courts, tennis courts, summer camps, and adult programs including art classes and trips are all available and play a part in making Readington a home of choice for residents.

Efforts to maintain sustainability through the township’s green campaign have also been fruitful, with the planting of 675 trees in one month alone to enhance Readington’s carbon sequestering of CO2. The municipality, which is a silver-rated green community through Sustainable Jersey, is “constantly looking at ways to make us more sustainable,” says Mayor Heller. “We do a lot of tree planting in our community to try and restore the Raritan buffer zone to improve water quality in the community. The river that flows through our town supplies drinking water for about 1.8 million people.  We are very aware of that.”

Tree planting also addresses storm water runoff issues that have cropped up with increased development. Readington is trying to mitigate that by planting more trees to provide more positive recharge of the water, as opposed to it running off into the stream. The municipality will also purchase an electric vehicle and implement two electric charging stations as part of its greening mandate.“ What we’re looking at right now is, is it cost effective to have electric vehicles?” notes Mayor Heller. “If so we are going to purchase more of those.”

Although Readington has had to implement new ways of conducting business in the wake of COVID-19, it has been “business as usual,” for the most part. Monaco acknowledges, “We’ve been fortunate that our caseload for COVID is one of the best in the State of New Jersey, it has been low.” Mayor Heller adds, “We have not had to adapt that much. I think most of our residents took the COVID crisis very seriously and have been self-quarantining and social distancing. The municipal building has been closed but business has not been disrupted. We’ve maintained all of our business functions and our personnel have done a tremendous job of adapting to remote access and remote meeting requirements for our boards and committees.”

Additional costs to handle the pandemic have come in the form of increased disinfecting measures and Personal Protective Equipment (PPE) for fire, rescue and front line personnel, as well as computers and software so municipal employees can work from home. “The remote meetings are something we had never done before, so that was a bit of a learning curve,” Heller informs. “All our boards and committees have adapted fairly well and we’ve continued with business as usual with just having remote access and Webinex zoom meetings.”

As part of its Master Plan, the township added an amendment to purchase open space at a rate of close to 90 acres a year and that will continue as officials watchfully balance growth and preservation. “The township’s real estate market is very hot right now,” says Albanese. So keeping that balance is crucial as more people from urban areas yearn for the serene, open landscapes that Readington is known for. “Ask any person why they moved here and it’s because of that rural character,” Mayor Heller notes proudly. “We are a rural community in the most densely populated State in the country and we’re maintaining our agribusiness history and lure and trying to maintain our character.”