Business View Magazine interviews Pete Shonka, Director of Office of Arena Development in Savannah GA, as part of our focus on best practices of American venues. 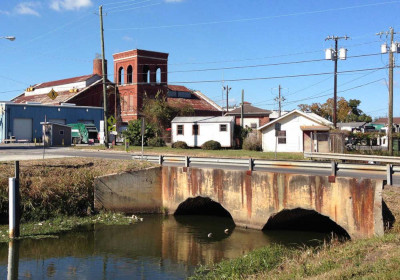 Modern Savannah is also an industrial center and an important Atlantic seaport. It is Georgia’s fifth-largest city and third-largest metropolitan area with a population of over 140,000. The city is home to the Gulfstream Aerospace manufacturing facility which employs some 10,000 people. JCB also has a large plant where they make construction equipment. Savannah is also one of the fastest growing ports in the country; container shipping, there, is setting yearly records for the amount of cargo tonnage coming and going.

Today, the most significant growth is happening in the outlying areas such as Pooler, a city right next to Savannah, as well as Effingham County to the west of that. Bryan County, to the south, is also experiencing an extremely fast rate of growth. With Savannah’s Historic District near full restoration, the City has now set its sights on the eastern and western edges of downtown as its primary areas of focus for redevelopment opportunities.

A major, ongoing project is the construction of a new Arena and the development of the surrounding Canal District on Savannah’s west side. This is one of the largest projects to ever be undertaken by the City of Savannah, and the new Arena site presents the opportunity to redevelop a large and mostly abandoned industrial tract to the west of West Boundary Street, just a half-mile from the Historic District, creating a vibrant new center of activity in Savannah’s core.

“This is primarily an underutilized industrial area,” says Pete Shonka, Director of the Office of Arena Development, “which is due to the fact that we are looking at an area where it is very low lying. And so, any redevelopment has some challenges with it. There are the environmental issues and certainly lots of floodplain issues. Over the last 15 years, the city has bought up a lot of property in blocks, as part of this Arena plan, and a lot of it we are going to redevelop as a park that will be adjacent to the Arena site.”

Part of the adjacent property is currently being used as a public works operation yard. “A part of that site is also an 1892 waterworks building,” adds Shonka. “It is this beautiful red brick and terracotta building with all sorts of incredible architectural detail on it. It was originally built as a building to house a boiler and a pump for our water system, but it is just this gorgeous building – almost like a Gothic style church in a lot of respects. And so we are going to re-purpose that and use that for smaller event venues and break out meeting space, along with the Arena.”

In addition to the Arena construction, itself, there is infrastructure that has to be taken care of. This includes water and sewer work, as well as the widening of some streets in the area. The largest improvement that will come out of this, however, comes from the revitalization of the canal area itself.

“The Springfield Canal,” explains Shonka, “and the Savannah (River) flows to the north and then it intersects another canal, the Savannah and Ogeechee Canal. And that old canal links the Savannah River to the Ogeechee River, and was used to barge cotton and other agricultural supplies from the Ogeechee River drainage to the Port of Savannah. It was never very successful and was abandoned soon after it opened, but a lot of the infrastructure from that is still there – or at least the ruins from it. So we have lots of structures and things like that in the woods that will be part of our park development. But Springfield – we have to widen that canal. Springfield is a drainage basin where we probably have the most structural flooding in the city of Savannah, and so, we are going to widen that canal as part of all this development and do some things to remove some choke points. And in doing so, we will improve drainage for people living along the canal but also, hopefully, be able to run canal boats up and down the canal, and use that as a form of transportation and also a tourist interest kind of thing.” 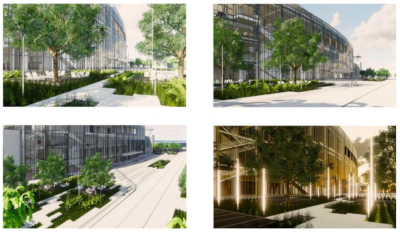 “The city owns or controls something in the order of a hundred or a hundred and twenty acres,” Shonka continues, “and that will be the park and the Arena. But then, there are about 60 acres of privately held property that is right around this area – across the canal from the Arena, across the street from the Arena – that could be fairly densely developed. So all told, you are in excess of 150-160 acres. And we are also looking at a lot of follow-up development with that. We would like to see some mixed-use, but there will also be plenty of residential opportunities – especially with the park right there.”

Currently, there is an existing master plan for the Canal District and the Arena, but plans for the private property are still being conceived. “We don’t have control of that,” says Shonka, “but we have tried to master plan just the same and show road connections and what they could be. And we are working with the major private property owners; working with them to kind of come in with a common vision and further refine and add more detail to that master plan as we go. One of the things we are working on (and we are in very much a draft phase) is a form-based zoning overlay for the part of the Canal District that we will be developing. So at some point, we will be working with the major stakeholders on finalizing that document and using that to help us predict what development is going to look like in the area, eventually.”

While a lot of the site hasn’t been developed in the past because of its floodplain issues, Shonka believes many problems can be solved by enlarging the canal. “We will also be providing a hundred-year conveyance and we believe that will be a significant incentive that will make the property financially feasible to develop. And then we are going to need a lot of parking for the Arena, and we think we are going to be able to partner with the right kind of developer to provide for some of the parking needs. Retail, or even a hotel, are good partners with the Arena parking as you can use that parking for both purposes. Office parking or commuter parking is fantastic for that because that is a daytime use and the Arena is mostly night time use. So, I think it will be possible.”

The estimated cost for the Arena is 160 million dollars. About 120 million of that will come from the Special Purpose Local Option Sales Tax (SPLOST). Additional funding will come either from a bond issue or perhaps some other private funding source. The city will be using the construction manager at-risk project delivery method and will have some early release site work packages getting underway later this year, with a projected opening of the facility in March of 2021.

“So we think we have this tremendous bone structure to make a real destination point for the city and that will be a big economic driver for food service and entertainment and that kind of thing,” says Shonka. “And what even the people living here do not realize is that although we are locating it in an area that is underdeveloped now, it’s incredibly close to our downtown core. Our downtown is separated from this site by Interstate 16 and Highway 17, which then cross over into South Carolina. You have this raised interstate and the trestle highway that kind of bisects the city between the Historic District and our Canal District which we are trying to develop. So people aren’t as familiar with what goes on, on this side of the highway, but it is very close to downtown and by creating new roads and a multipurpose, multi-modal trail connection, it is going to be an easy 10-15 minute walk from the core of downtown to this area.

“I think the development here is going to create great opportunities for recreation with the development of this park; not just for people coming to the city to visit but also for the people that live around the park today in neighborhoods that are under-served with recreational facilities. In turn, I think this is going to create a tremendous amount of economic opportunity – not just for developers but for small business in the park, in the Canal District, and in the entertainment areas that will follow along.”

Check out this handpicked feature on The Yardmen Arena – Popular in a hockey town.

WHAT: A proposed arena on the Savannah River and canal district

Founded in 1946, Thomas & Hutton offers innovative solutions to complex engineering issues.  Designing projects that transform the landscape of our communities, our passionate and talented staff design infrastructure that creates the essential framework of healthy and thriving communities.  We continue to learn, improve, design, and implement processes that grow healthy communities. 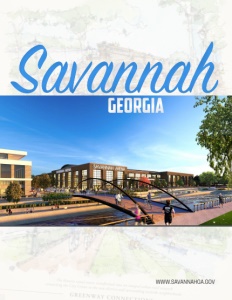