October 2014Past IssuesSupply Chain and Logistics

First and foremost, Trailiner Corporation links its success to its service.

It begins with a management team with more than 100 years of collective transportation/traffic management experience, and extends to a roster of shippers in the field day after day.

“A lot of what makes us different is the fact we put service to our customers first and foremost,” said Amber Edmondson, Trailiner’s president. “It’s kind of a cliché, but we don’t try to be all things to all people. We have an area we excel in and that’s what we do best.” 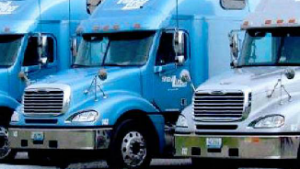 Alongside the service is an emphasis on creating the types of ongoing relationships with customers that accommodate their shipping needs and maintain flexibility to handle unplanned situations.

“They know they can count on us when they are in a bind, and the same can be said of them for us. They reciprocate that because they know that about us,” Edmondson said. “That’s really what sets us apart is that we, being a smaller, mid-sized carrier, cultivate relationships as opposed to having just a customer or somebody we don’t know.”

The Trailiner operation is up and running 24/7/365, she said, and a steady flow of customer feedback is encouraged and maintained to allow the leadership to address issues and adjust as necessary. Many customers send in weekly or twice-monthly reports and Edmondson said the information is valued.

“That’s a common tool we use and we try to manage it often,” she said. “We try to learn from any issues that come up and see how we handled it and how we can improve.”

The company’s operation reach stretches across the 48 contiguous states and includes carriage of commodities from produce and grocery to pharmaceutical and retail goods. It was founded in 1982 by Edmondson’s grandfather, H.B. Whitener, and he’d established a storied industry career of his own.

He’d been an owner-operator as far back as 1955 and started Midwest Farm Lines in 1976. Whitener’s daughter and wife became part of the operation, whose name was changed to Trailiner in 1982 to better reflect its scope and intention to offer a better service to a greater number of customers.

Edmonson arrived in 1999 and worked in accounting while completing a college degree in business. Her role increased after the education was completed.

Trailiner’s trailers are 53-foot high-cube reefers that can handle all sorts of products, and are equipped with state-of-the-art temperature control equipment. Drivers are required to attend at least one safety meeting each quarter, which has allowed the company to maintain one of the best safety ratings in the country – and take advantage of some of the trucking industry’s lowest insurance rates.

All trucks are linked via a satellite communications network that allows for monitoring of the location and status of all trucks and provides a two-way communications link with all drivers and terminals.

In fact, Edmondson said Trailiner was far ahead of the 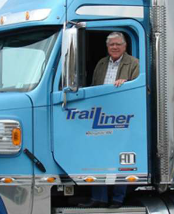 curve on staying in touch, even years ago, and It’s all quite a departure from her early days in the office, when she’d come in and be greeted by a giant wall-sized dry erase board crammed full of driver names, numbers, locations and destinations.

All trucks are being equipped with Rand McNally’s TND 760 Fleet Edition management system.

“We adopted the satellite trucking technology in the late ’80s and early ’90s before there was even GPS in the truck, and since then we have been able to maintain some level of text communications with the drivers,” she said. “That has expanded over the years.”

AT A GLANCE
WHO: Trailiner Corporation
WHAT: Truckload carrier that hauls commodities from produce and grocery to pharmaceutical and retail goods
WHERE: Springfield, Mo.
WEBSITE: www.Trailiner.com 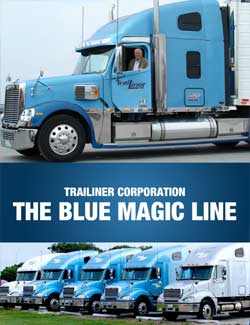