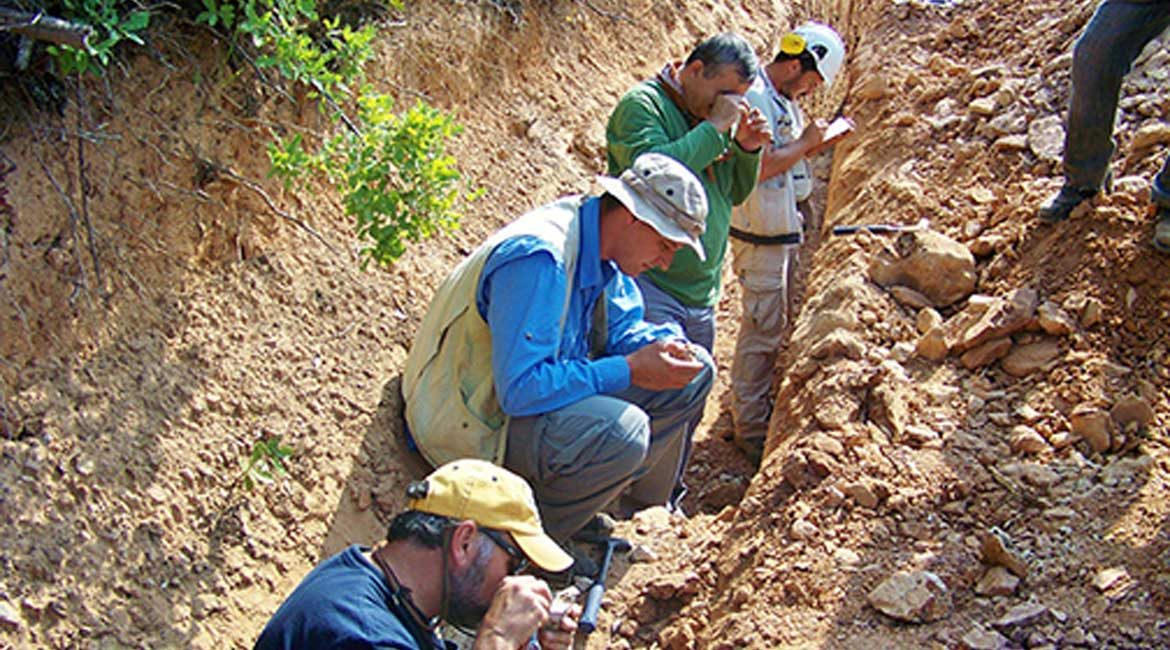 Mineral royalty companies comprise a small but growing sector within the mining and exploration industries. These companies hold interests in mining properties and receive royalty payments based on the amount of current or future mine production, the value of that production, or the net revenue or profit generated from them. Eurasian Minerals Inc., with corporate offices in Vancouver, British Columbia, is a mineral royalty company that manufactures royalty claims over huge prospective mineral belts in many parts of the world.

The company was founded in 2003 by CEO, David Cole, after an 18-year career at the Newmont Mining Company, which, in its heyday, was the world’s largest gold producer. His objective was to create a company that would focus on the attainment and growth of a diversified portfolio of mineral holdings, mainly gold and copper, by identifying overlooked belts, staking dominant land positions, portioning them off into properties, and optioning out majority shares in exchange for small cash payments and a retained royalty right, and, in some cases, an advance royalty that would kick in before production, to help span the gap between prospecting and shoveling ore.

Cole credits a few pioneers in the industry for his company’s inspiration. “I was very enamored with Franco-Nevada and Pierre Lassonde’s approach toward royalty acquisitions,” he states. “I was also taken with the Royal Gold story and how well they did at building a royalty portfolio. They were organically grown in that they actually had the exploration property at Pipeline Mining and then sold it off and kept a royalty on the project. And that became one of their first big royalty successes. Another individual that I followed very closely was a gentleman by the name of Lyle Campbell, who acquired prospective mineral rights around the state of Nevada, added value, sold them, and kept the royalties under the payments associated with the advancement of those projects over time. He built a portfolio and was very successful.”

Cole explains that Eurasian Mineral’s model is actually three-pronged: first, there is the organic growth of the portfolio through, what he calls the “prospect generation” process. “When we acquire prospective mineral rights, typically, those are fairly early-stage, meaning not a lot of work has been done on the project yet, but based on the geological criteria that we see, we believe it’s prospective,” he explains. “And the time lag from early prospecting and exploration work can be very long. So, consequently, we tie payments associated with advancement of the projects in addition to royalty production on the back side when a mine comes into production. It’s a very slow, but accretive, process that occurs over time as the portfolio matures and more and more people spend money on the portfolio or the various projects within the portfolio advance toward production.”

Then, there is the augmentation of the portfolio with royalties that the company may purchase. “The amount of money you’re spending upfront, relative to the amount of money you can get in the end is, success-case, huge multiples,” he says. “But because of the slow nature of that advancement, it’s one of the reasons that we also buy royalties when we can – that’s a royalty that was organically grown by someone else but we were able to find it for sale and purchase it.” As an example, the company holds a royalty on a portion of Newmont’s holdings in the northern part of the Carlin Trend in Nevada, which is one of the most gold-mineralized areas of the United States. “Newmont has a number of underground mines operating within the footprint of our royalty and we receive monthly royalty income from them. They recently completed a new, $300-million shaft to access our property and adjoining properties in addition to two other shafts which are existent on that property, as well. That’s a one-percent, overriding gross royalty that gives us cash for our balance sheet.”

Finally, there is the occasional strategic investment opportunity that, based upon the company’s business acumen and geological intelligence, tells it that a particular area has genuine prospects for development. “One of our most significant assets that we have on the books today is a strategic investment in ongoing discovery in far, southeastern Russia, called Malmyzh, which is one of the largest, ongoing new copper/gold discoveries in the world,” Cole says. “And we’re the largest shareholder in the private company which is advancing that discovery. That will be a substantial step in the history of our company when we complete a sale of that asset and we look forward to that sometime within the next year or two.”

In addition to the Russian property, Eurasian Minerals has assets in Nevada and Arizona in the U.S., as well as Turkey, Sweden, Norway, Australia, and New Zealand. “Our geographical footprint is quite broad,” says Cole. “We’ve moved around the world where we see opportunities at any given point in time, depending on what type of exploration opportunities we feel are most fruitful to pursue. Currently, we’re active in terms of new product acquisition, and new mineral rights which we are acquiring, to dress up and add value, and then sell to an industry hungry for acquisitions. Our geological expertise is dominantly on the gold and copper side and you see that represented in our portfolio with many of our assets being gold or copper and, in some cases, related minerals that are associated with similar geologic terrains. But we are opportunistic and, generally speaking, commodity-agnostic.” For example, the company has also acquired geothermal licenses in both Peru and Slovakia.

In addition, Eurasian Minerals was one of the first companies to enter into Serbia after the Balkan Wars. “We acquired some early properties within the Timok Magmatic Complex, which is Europe’s largest, historic copper and gold producing region,” says Cole. “We acquired some key land there and we sold those projects off, part and parcel, for a combination of cash and shares in the company that we sold it to, in addition to a production royalty. They’ve gone on and made some very nice discoveries on the ground there and they made some discoveries that were just off of the ground where we had royalty. So, to augment the portfolio of royalties, which we organically grew, we also purchased a royalty that is over the substantial discovery called Cukaru Peki. There’s an upper zone which is very high-grade and it’s getting fast tracked to production by the new owner, in addition to a larger, lower-grade zone that has the potential to be a very large mine.”

Because Eurasian Mineral’s assets are so spread out, if one of them fails to deliver, it doesn’t dilute the company’s long-term fortunes. “That’s one of the reasons we like our business approach,” Cole declares. “We’re not gambling on the success of any one asset. We have, at this time, one-and-a-half million acres, worldwide, of mineral rights. And some of those are in a stagnant position where they’re not being advanced at all and others are moving forward very nicely. And thanks to the portfolio, we feel that we’re benefitting significantly from its overall advancement.”

Although the number of mineral royalty companies is relatively small, Cole says that there is still competition within the space. “There are a number of quite successful companies that purchase royalties in large portfolios,” he says. “What’s unique about the Eurasian Minerals approach is that we focus on the organic growth of royalties through the prospect generation process. Rather than paying top dollar to buy cash-flowing royalties, we acquire prospective mineral rights using our geological talents, leverage those into property positions that are meaningful, and then, seek to sell those assets to keep royalties and other payments tied to the advancement of those projects, over time. In the long run, that is distinctly a smart approach and a very good bang for the dollar invested through the organic process.”

Over the next several years, Cole says that Eurasian Minerals intends to continue its business model by growing the worldwide number of acres of mineral rights to which it has exposure, and, as more of its current projects come into production, using the increased cash flow to keep investing in new projects and acquisitions. “By putting new prospective mineral rights into the portfolio, and by executing deals with quality customers that will invest money and expertise into advancing those assets, we will have more cash flow and royalties at the end of the day,” he asserts. “We’re just at the cusp, right now, moving towards cash-flow positiveness from the growth of the royalties within the portfolio that we’ve been building over the course of the last several years. And I’m very excited about this tipping point in the history of the company.” 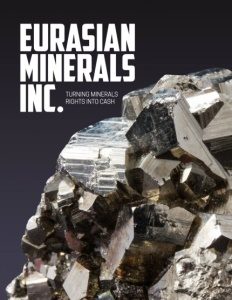