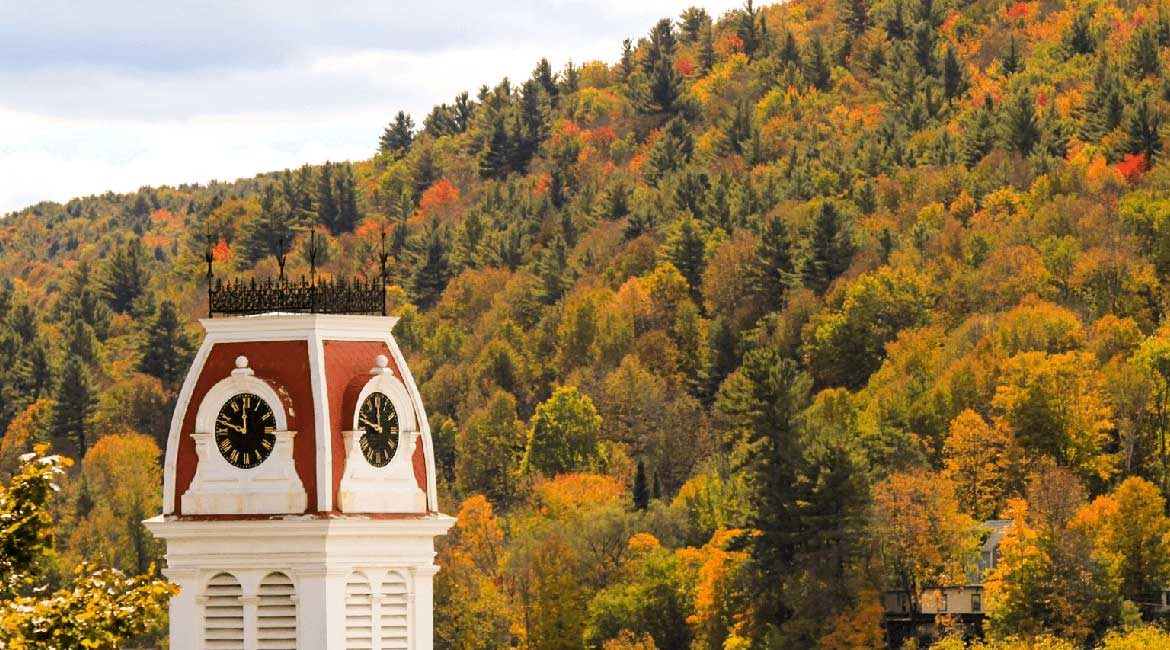 There are currently 14,000+ McDonald’s in America.  Arguably the most notable logo in the world has locations from Angle, Minnesota to the tip of the Florida Keys; from Honolulu to Anchorage.  Anywhere you can find an American flag, typically, you are within skipping distance to a Big Mac.

Unless you’re in Montpelier, Vermont.

The idea that a capital city – let alone any city – that doesn’t host a single McDonald’s is hard to wrap your head around.  Does Montpelier only have a handful of residents? Did the Director of North East Franchise Development at McDonald’s simply forget about a city?

Here’s the thing; the more you think about the “how”, the farther you get away from the point.

The real question is “why”, and you know the answer as soon as you drive into Montpelier.

The nation’s smallest capital city is surrounded by rolling hills and old granite ledges, making the journey in almost feel like a drive back in time. Once you’ve parked, however, you are immediately drawn into a vibrant culture that stretches from celebrating its small-town feel with big-city draws.

“We are the quintessential small town Vermont”, says Ashley Witzenberger, Director of the group, Montpelier Alive, “Our residents love that they have big city amenities in a small, quaint town.”

Big city amenities is absolutely accurate, as Montpelier has recently seen a wave of culinary masters and artists embrace a community that has fallen in love with Manhattan culture – albeit with more foliage.

It wasn’t always this way in Montpelier, though.

“I’ve been in this community for 37 years, and I’ve see the town basically become an incredibly vibrant place”, shares David Schultz, the State Curator. “It didn’t have this 37 years ago. Part of this resuscitation was the restoration of the State House, itself, to make it something worth visiting.”

In the early 1980s, the restoration of the State House began. The style of the building is beautiful Neoclassical and Greek revival; a striking, gold-leaf-domed edifice set against the backdrop of a wooden hillside – which you can actually see when driving into the city.

“It is one of the most heavily-visited State Houses in the United States,” continues Schultz, “with well in excess of 150,000 visitors per year.”

Considering Montpelier’s population sits at 7,800, this level of tourism is basically unprecedented; to which Schultz gives all credit to the visibility and astounding architecture of the building, itself.

Now, having one site to see will certainly get some foot traffic, but in order to sustain both tourism dollars as well as economic and community development, you have to have an “aha” moment that follows your “wow” factor.

Over the past decade, this is where Montpelier’s emerging culture has shined even brighter than its recognized gold leaf dome.

“Montpelier’s downtown area has recently added an incredibly popular quadrennial art walk,” Schultz mentions. “It has had all kinds of art and activities that were engendered by Ashley’s organization, in particular.”

Ashley and her team run Montpelier Alive which supports and promotes the viability of Montpelier and its businesses – helping to assure the city continues to set and achieve economic and social goals for the future.

While the gallery scene has been growing to the point where it can now easily rival major cities four times its size, there is another art blossoming that has caught the attention of those who are in the know: the Kismet Farm to Table Restaurant.

“A lot of what we experience here is that people want to have a full emersion experience,” says Crystal Maderia, Chef and Owner of Kismet. “Our downtown offers a lot of opportunities to do that. Vermont is known for agriculture. So, we don’t just serve local food; we serve our farmers by sharing their stories with our clientele.”

While the idea of “farm to table” is certainly not a new buzz word anymore, it is easily taken to the next level in Montpelier – but with a twist. While there is an entire industry behind the “locally sourced/farm to table” movement, there is a professionalism, maturity, and sense of community in the way the restaurants work with their local providers.

Understanding how your food arrived is important, understanding where it comes from and why is something else…

“We celebrate integrity”, Maderia states. “We have only one corporately-owned, chain restaurant in town, so if you’re eating at a restaurant here, chances are the person making and/or serving you food, owns the business.”

Now, the idea of passion, community, and quality obviously sounds idyllic on paper, but does cultural innovation always pay the bills?

“Over the past couple of year I’ve definitely noticed an increase in business at the restaurant,” Madeira continues. “I feel that Montpelier has clearly become a very convenient and welcoming halfway destination between Boston and Montreal. Now that I’ve seen it over the last three years, we now have a repeat clientele of people who view Montpelier as their halfway point.”

So outside of the location, how did this happen? How does a town with the population 1/6th the size of Wrigley Field become a beacon for art lovers, foodies, nature enthusiasts, parents, and millennials?

The Vermont College of Fine Arts and the Vermont Culinary Institute are regarded as the crème de la crème (likely, farm to table crème) of higher education within both respected art worlds, allowing the city to be able to foster creativity as easily as it can stick to its roots.

While there are destinations that are renowned within history, as well as flash-of-the-pan locations that had their moment in the sun, the calm, collected, and organic growth (figuratively and literally) of this small community positions it to continue its development as the smallest epicenter of sustainable culture this side of the 21st century.

WHO: Montpelier, Vermont
WHAT: The state capital; population, 7,800
WHERE: Washington County in the central part of the state
WEBSITE: www.montpelier-vt.org 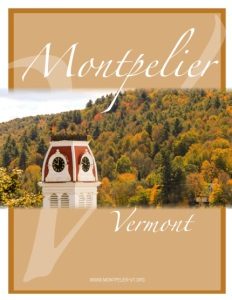