One region, one future

Business View Magazine interviews Kevin Acton, Chair of the Regional District of North Okanagan, British Columbia, for our focus on Infrastructure in Canada.

Established in 1965, the Regional District of North Okanagan (RDNO) is one of 27 regional districts in the province of British Columbia. The RDNO provides its more than 89,000 residents with a forward-thinking form of local government that delivers important services, such as building inspection, planning, trails and natural spaces, solid waste management, and water. The RDNO is made up of the six municipalities (Armstrong, Coldstream, Enderby, Lumby, Spallumcheen, and Vernon) and the five electoral areas (B – Swan Lake/Commonage, C – BX/Silver Star, D – Rural Lumby, E – Cherryville, and F – Rural Enderby). The RDNO functions as the local government for the electoral areas, provides the political and administrative frameworks necessary for collaboration on sub-regional services that involve more than one member municipality and/or electoral areas, and provides region-wide services.

RDNO Chair and Mayor of the Village of Lumby, Kevin Acton, notes, “The natural beauty of the region is why people live, work, play, and retire here. So, we’re investing in the sustainability and the success of our region through vital infrastructure for today and the future, as well. We have several initiatives going on that will bring benefits to the economy and environment. The North Okanagan Wastewater Recovery Project is underway – the project received $24.3 million in government funding, plus $5.9 million from the Okanagan Basin Water Board. So, over 80 percent of the cost is being covered. Thanks to those grants, it makes it possible for communities like ours to do these big projects.” 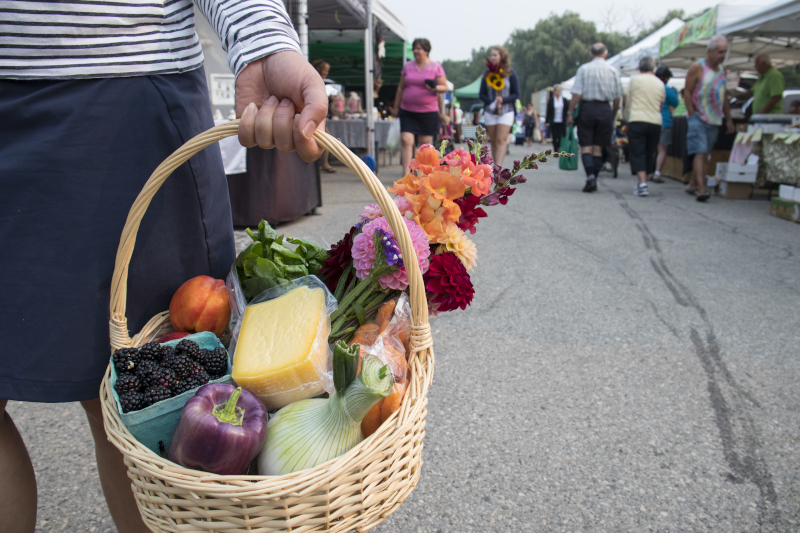 The North Okanagan Wastewater Recovery Project is a unique and innovative partnership between the Regional District of North Okanagan (RDNO), Township of Spallumcheen, and Okanagan Indian Band (OKIB). The project will provide sewer service to residents and businesses in portions of RDNO Electoral Areas B and C, the Township of Spallumcheen’s southeast industrial area, and the ability to service parts of OKIB and reclaim water for agricultural irrigation. Launched in 2015, the collective goal is to address concerns over environmental degradation of Swan Lake, the challenges of drought-conditions for local agriculture, and the limited ability to sustainably meet the demands for industrial, commercial, and residential growth in the area.

To promote tourism and an active, healthy lifestyle, the RDNO has invested in a massive network of trails. Many years ago, CN and CP Rail started selling off parts of their corridors and the Regional District invested its own funds and approached the provincial government for a grant to buy those corridors to maintain a contiguous stretch for future transportation needs. Community support and contributions were vital to this project as well. Acton reports, “This developed into a very beautiful trail system that will eventually connect south to Kelowna and north all the way to Sicamous. We’ve managed to get almost two-thirds of the north Okanagan portion of the trail in our possession so far. It goes through a number of towns and passes by several lakes, including Kalamalka Lake, which was recognized by National Geographic as one of the top ten most beautiful lakes in the world. It’s a unique lake that changes colours with the seasons. In the summer, the lake is a beautiful bright turquoise, green colour that sparkles so beautifully you’re reminded of crystals.”

To make the most of that natural wonder, RDNO is developing a paddling trail on the water, which will have buoys with wayfinding signs to show which direction to go and highlight some local opportunities while you’re out. The paddle corridor is expected to run parallel to the Okanagan Rail Trail and be intended for kayaks, paddleboards, rowboats, and canoes. Kalamalka Lake is already popular for water skiing and boating, and there have been some challenges with the interface, so the water trail will set up a designated paddling area with the hopes of reducing conflicts between motorized and non-motorized vessels. With this in mind, the goal is to create a layer of safety and recreational joy for everyone. The project is in its infancy, and the RDNO is looking forward to having more details soon.

A regional growth strategy is vital for a District with 11 municipalities and electoral areas under its purview. The RDNO was allotted provincial funding six years ago for the strategy process and brought it together very quickly. Because the region is based so highly on community, it was easy to come to a consensus on how to use agricultural land, how to use business land, and how to use commercial land. Top priorities for the future were identified in the areas of economics, the environment, and agriculture, and the rail trail and paddling trail fit in well with that strategy for growth. 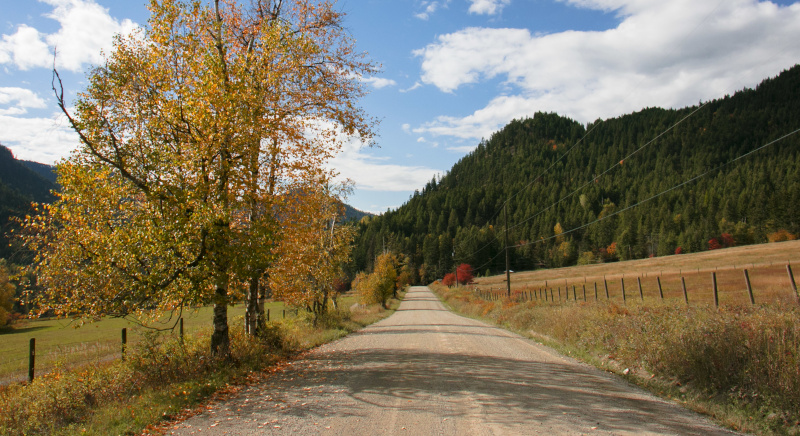 The current population of the RDNO is roughly 89,000, split about 20% living in electoral areas and 80% living in municipalities. The City of Vernon is the largest with about 40,000 people. In terms of overall future growth, Acton explains, “At this point, protecting farmland and helping young farmers in this region create a more sustainable and food-rich economy is what we’ve been working towards; how small farms can make a go of it financially by having agri-tourism on their properties, and we’re working through that process with the provincial government. We’re always looking for clean developments and green initiatives. The City of Vernon has an economic development office that works with entrepreneurs, and they have international programs bringing in people from other countries with expertise and unique ideas with regard to farming. We always want to grow those sectors. As Mayor of Lumby, we are working with the province on forming an Economic Development Corporation. And we are partners with the Splatsin First Nation on a community forest that does well for both of our communities.”

The RDNO is located on the traditional territories of the Okanagan Indian Band (OKIB) and the Splatsin First Nations. “We look for ways to partner with our neighbours and help each other out,” says Acton. “When we built the new boardroom for the Regional District, we added two chairs at the table for the First Nations, so we can include them at the table in the decision-making process when they’re ready to come. Reconciliation is huge for the Okanagan, and we have some really great people around us that we want to help support. The OKIB is part of the rail trail from Vernon to Kelowna. The Splatsin are co-owners of the other half of the rail trail, called the Okanagan Columbia Shuswap Rail Trail. They were the stimulus for that part of the trail – they were able to acquire their portion, even prior to us getting notice. The partnership we have with them on maintaining that trail, for what will be an important transportation corridor for the future, is of utmost importance going forward.”

The Okanagan is a semi-arid area, and careful water management is critical. The Duteau Creek water treatment plant upgrade that occurred in 2019 now provides portions of the RDNO with UV treated water. Some of the smaller communities have their own wells or treatment plants and other Regional District areas are still working on water licenses and deep wells. According to Acton, “There is plenty of available water in the Okanagan for growth – it’s management that is the ongoing process. The staff here has a good long-term focus and I think we’ll see the future will be well in hand with the Master Water Plan we’ve put together. Also, our solid waste management team has put together a ten-year Master Plan that has been passed. They have a new tagline promoting ‘Rethink, Reduce, Reuse’ to encourage residents to rethink their consumption and reduce waste and reuse items.”

To promote its unique identity to its residents, the RDNO created a distinct tagline: “One Region, One Future.”  Communications Officer, Ashley Gregerson shares, “One of the driving purposes of our Regional District is facilitating collaboration between our member municipalities and electoral areas. And each community is represented at the board table together, and they’re looking towards the one future that our region shares.”

In summing up the best attributes of the RD, Acton reflects, “The great thing about our area that makes people want to stay is that not only does it have four distinct seasons and lots of wonderful outdoor activities, but we also have very diverse economic drivers – everything from forestry to high tech. We have a film industry we work hard to maintain, with some outfits out of California. There are apple orchards, cherry orchards, ginseng farms, and a new sector is the growth of cannabis; also wineries, so agriculture is a big part of the economy. But we also have a world-famous ski resort – the Silver Star Mountain is a 20-minute drive from Vernon. And an international airport is nearby. After a 45-minute drive in one direction, you can be heli-skiing or fly fishing on your choice of 100 different lakes. Or 45 minutes in the other direction and you could be on a flight to England. We have a mix of everything here.”

The Regional District of North Okanagan (RDNO) received a Gold MarCom Award for its new corporate Communications Plan, which came into effect in July of 2019. Creative firms from around the world compete for MarCom recognition, and now the RDNO is on a winners list that includes Fortune 500 companies, PR firms, advertising agencies and more.

“The RDNO Communications Plan lays a foundation for strengthened communication with residents and stakeholders throughout the North Okanagan. We are thrilled to receive this recognition from the marketing and communications industry, and thank the Board of Directors for their strong support of communication and outreach,” said Ashley Gregerson, Communications Officer, RDNO. The Plan was created entirely in-house, which saved on agency costs, and allowed staff to

What: Partnership of six municipalities and five electoral areas

Where: Head office in Coldstream, B.C.

WSP is one of the world’s leading engineering professional services consulting firms, bringing together approximately 50,000 talented people globally. We are technical experts who design and provide strategic advice on sustainable solutions, engineering projects that will help societies grow for lifetimes to come.