A city of ‘tremendous’ growth

Over the past decade, the City of Lawrence, Indiana has seen exponential growth. Not only has its population grown almost eight percent, almost everything in Lawrence has grown along with it. The city has seen positive changes in everything from housing to infrastructure, recreation, business and more.

“Several years ago Lawrence wasn’t anywhere close to what we see now under Mayor (Steve) Collier’s leadership,” says Sri Venugopalan, Lawrence’s City Engineer. “I’ve seen tremendous growth here. A lot of industries have relocated to Lawrence or are wanting to relocate to Lawrence and we work closely with them. We are doing a lot of road projects and a lot of infrastructure projects to help supplement some of this growth. If you look at Lawrence six years ago, versus now, you will see a night and day difference.”

The city of just under 50,000 was founded in 1849 as Lanesville, but was officially crowned as Lawrence in 1866 in honor of War of 1812 naval hero Captain James Lawrence. It has since become a thriving and diverse community that boasts the convenience of a metropolitan city with the laidback atmosphere of a suburb, thanks to its prime location just 10 miles outside of Indianapolis.

“Although we are a suburb of Indianapolis, we are our own city,” says Scott Salsbery, Lawrence’s Utilities Superintendent. “We’re a big city, but we have a small-town feel. That is especially true with our city government. We like to have that personal touch involved in city government in dealing not only with our residents, but with the business community as well. Plus, we’ve got a lot of great amenities here.”

Located in the center of the city is the former Fort Benjamin Harrison, an active military fort from 1906 to 1991. The area has since been redeveloped to include residential neighborhoods, a golf course and the site of the Fort Harrison State Park. The former fort continues to be developed to meet the changing needs of the community, adding new housing and amenities to suit the growing city. “We have a makerspace, we have an actual brewery in there,” says Collier. “The fort has become an oasis for the east side of Indianapolis Metro. Everybody wants to live here.” 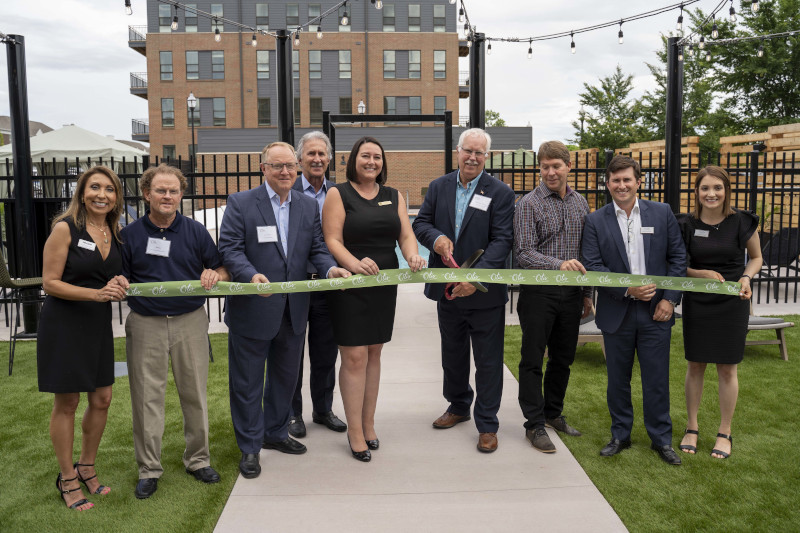 Work is set to begin next spring on Civic Plaza, the centerpiece of the fort, right in downtown Lawrence. The $1.2 million project will include a skating rink in the winter, space for the Lawrence farmers’ market, a Wind Tree, seating letters which spell ‘Fort Ben’, and entryway arches. “It’s a city park, but it’s also going to become our primary events space moving forward,” says Joe Murphy, Lawrence’s Deputy Chief of Staff. “The project will make it a fully hardscape space that will allow for a lot of city events to be held here. And it will become a great outdoor co-working space for people who live and work in the area and want an outdoor space to spend time and get some work done, or just spend some recreation time outdoors.”

The building, named after Major General Emmett J. Bean, is the 3rd largest federal government building behind only the Pentagon and Ronald Reagan Library. The city is also a stop for active-duty military, as the home of an Army Navy Marine Corps reserve center, which routinely sees 1,200 reservists participate in drills there each month, and an Army National Guard Armory.  Lawrence is also the location of an Army & Air Force Exchange Service and Commissary. “We have active duty military in and out of here all the time,” Salsbery notes, “and we have a relatively large retired military contingent here within the community as well.”

Outside of the military, the tech sector is quickly gaining momentum in the city. Lawrence is one of the top tech firm areas in all of Marion County, and they were awarded the 2020 Rising Tech City MIRA award, which represents Indiana’s best in technology each year. Murphy boasts, “That’s something we are really proud to hang our hat on. It was in part because we have a cluster of nearly 30 tech businesses on the old retired military base who co-operate to share ideas and creative space. It has been a really successful initiative for the city.”

One of the city’s newest tech businesses in Lawrence is DroneDek, a start-up company that will be producing docking stations for drone delivery for businesses like FedEx, UPS, USPS, and Amazon. Collier explains, “It will be beta-tested here next spring, for drones to actually fly the products in and drop them here to the residents. That’s a pretty fascinating project that we’re all really excited about.”

To help foster the city’s workforce, Lawrence relies on the help of the Lawrence Township School Corporation. “Lawrence Township has one of the most celebrated schools in the country when it comes to trade initiatives,” Collier says. “The McKenzie Center for Innovation and Technology provides education and training at the high school level that allows kids to come out of high school and have a little bit of vocational training and end up with $60-70,000 career jobs.”

The city works with the State of Indiana on a collaborative grant initiative to provide trade grants that tie into the school’s work. Collier adds, “It’s one of the reasons that so many trade businesses seek out Lawrence. Lawrence Township School Corporation is really one-of-a-kind. That’s why many people locate here to begin with.”

Another asset that is attracting people to Lawrence is the abundance of recreation opportunities – the  city is known for its high quality parks and access to trails. In years past, the focus was on youth sports activities, but that has recently moved toward offering more well-rounded programming that is also geared toward adults, young adults, and those who are just looking to get outside and experience nature.

Murphy reports, “We really dove into trail development, activities like pickleball and adult athletic leagues. And we’re creating about seven acres of brand-new butterfly habitat to help preserve the monarch butterfly, which is nearing endangerment in this part of the United States. We’re very focused on investing in our parks right now.” In addition, the city just launched its first bike share program which allows people to rent bikes from one of two stations and return the bike to either one. “People can rent a bike and ride right into the state park and enjoy all it has to offer,” says Venugopalan. 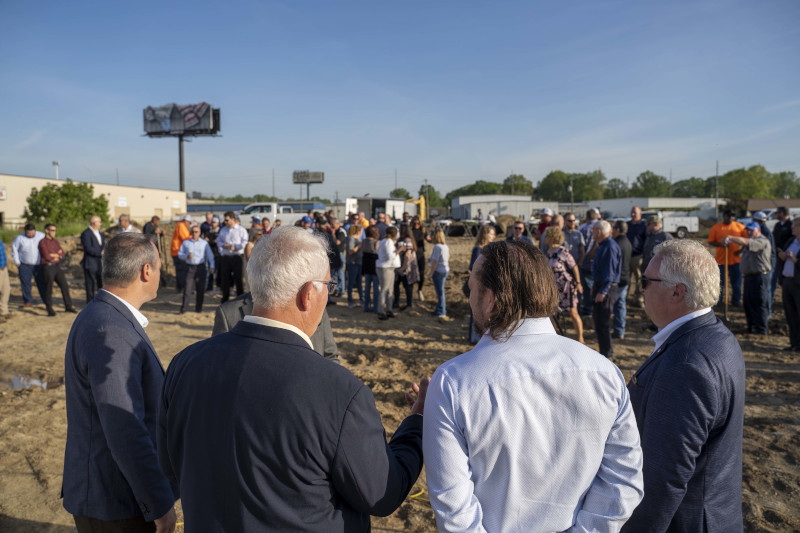 To help meet the demand of new residents coming into Lawrence, the city has been working on a series of improvements to housing and infrastructure. This includes a new 458-unit single-family residential development that’s currently under construction, as well as enhancements to the city’s utilities services.

“The biggest challenge right now operationally is for the utilities, particularly our sanitary sewer,” says Salsbery. “But we’ve made great progress on that.” The city recently made $30 million in improvements to its water system, including upgrades to water plants, storage facilities, and replacing thousands of feet of water main. “Work still continues and will continue and now we are getting ready to do the same with the sewer,” Salsbery adds.

One of the city’s biggest projects is the Trades District Initiative, which involves transforming the Pendleton Pike corridor into a trades district that will attract new business and promote education and job growth. Collier explains, “If you look at Pendleton Pike now, it’s a leftover from the 1970s and ‘80s military base. There’s a lot of used car lots, pawn shops and other type of things, so you don’t get the same flavor that you do in the rest of the city. But the Trades District Initiative already has major investments occurring  in the neighbourhood of $40-50 million right now. When it’s done, it will totally change what Lawrence looks like and it will drive private investment to the area. I think that will start to change Lawrence dramatically over the next 10 to 15 years.”

All this work is critical for Lawrence’s economic growth. As Dan Zuerner, the city’s Director of Economic Development shares, “Lawrence is being pursued extremely heavily, not only for residential development, but for business development, just because of our proximity and how progressive we are with our economic development efforts. But coming along with that, we have to have capacity for those utility increases. We’re at a point where those things have to happen so we can continue to grow exponentially.”

What: A progressive city; population approx. 50,000

The ninth largest and one of the fastest growing school districts in the state, the MSD of Lawrence Township serves approximately 16,000 students across four Early Learning Centers, eleven Elementary Schools, two Middle Schools, two High Schools, a Center for Innovation and Technology, and an alternative setting high school. Lawrence Township strives to be the district of destination, a reputation built over the years based on the district’s award-winning staff, accomplished administrators, high-achieving students, supportive community, and innovative educational programs.