Business View Magazine interviews representatives from Mountain Brook, Alabama, as part of our focus on best practices of American cities.

Mountain Brook, with a population of about 21,000, is a city in southeastern Jefferson County, Alabama, some six miles southeast of Birmingham. The city was originally developed in 1929 by real-estate/ businessman Robert Jemison, Jr., as an extensive residential subdivision along the ridges known as Red Mountain and Shades Mountain. The plans, by Boston-based landscape architect, Warren H. Manning, called for estate-sized lots along winding scenic roads and denser commercial development centering on three picturesque “villages”: Mountain Brook Village, Crestline Village, and English Village.

Mountain Brook Village, the city’s largest, is a thriving residential and commercial district with dozens of restaurants, retail stores, salons, and other businesses. The Village has a pedestrian-friendly layout with easy access to popular local attractions like the nearby Birmingham Zoo and the Birmingham Botanical Gardens. The Village’s style is distinctly English Tudor, a theme that has been carried throughout the city both in residential homes and businesses. Mountain Brook Village is surrounded by some of the area’s most historic estate homes, Mountain Brook Elementary School, and the beginning of Jemison Park’s Nature Trail, a shaded 3.5-mile pedestrian trail that follows Shades Creek along Mountain Brook Parkway. 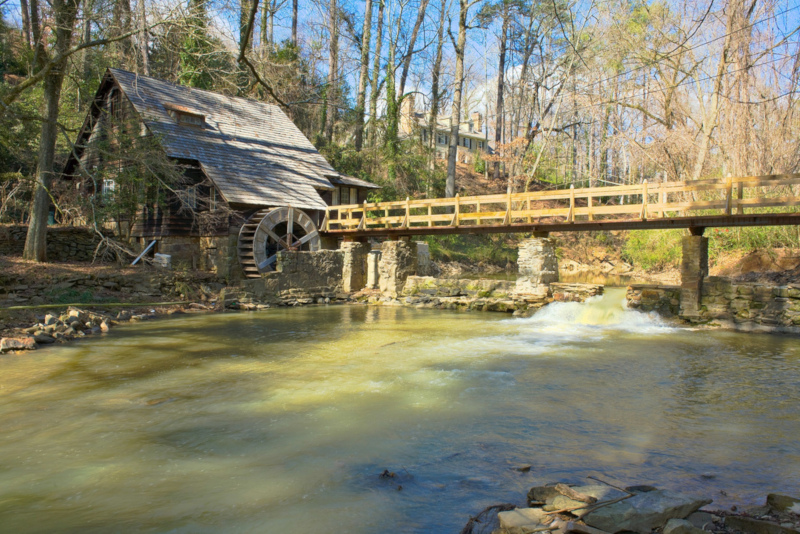 Crestline Village has a small-town feel that is reminiscent of its past as a town of its own before being incorporated by Mountain Brook, when the city incorporated in 1942. With Church Street as its main thoroughfare, Crestline Village is home to the new Municipal Complex, reconstructed and enlarged in 2013, the Emmet O’Neal Library, Crestline Elementary School, the Board of Education offices, and the Chamber of Commerce. One of the most recognizable landmarks in Crestline is the clock tower, which serves as a popular meeting spot for kids waiting to dine at one of the Village’s numerous restaurants. Young families in particular are drawn to the area, leading to an explosive restoration of the neighborhood’s older cottage-style homes.

Long considered the sleepiest of Mountain Brook’s villages, English Village has undergone tremendous growth in recent years. Now, home to a mix of restaurants, antique shops, galleries, and homes, English Village sits atop Red Mountain and features a distinctly Old World charm. English Village is centered around a beautiful piece of public art, the sculpture, “Civitas,” which was dedicated to Carolyn Smith, Alabama’s first female architect who designed and built many of English Village’s first homes in the 1920s.

A new addition to Mountain Brook Village is the Lane Parke project, a cooperative effort between the city and its developer, the family-owned real estate firm, Evson, Inc. Company Owner, John Evans, talks about the area’s history and the development’s current iteration: “My grandfather bought this property back in 1946 and built 276 apartments on 20 acres, which opened in 1948. In 1954, he acquired the eight acres next door and developed 78,000 square feet of retail, with surface parking. Those concerns were ongoing, but they had aged and it was time to start over again. That’s when, with the help of the city, we started putting together a plan for redeveloping the property. We put together a PUD (Planned Unit Development) with the city and, subsequently, built a 276-unit apartment complex, and we’re in the process of finishing up 125,000 square feet of retail.”

“The Kessler Collection bought about 1.8 acres and put together a 100-room Grand Bohemian Hotel with very large conference areas,” Evans continues. “Then we built and sold the apartments and we’re ongoing with the development of the second phase of the retail; the first phase is completed and 100 percent leased – about 68,000 square feet – and the balance of the retail should start at the end of March or beginning of April, with a completion date, roughly, 18 months after we get started.” 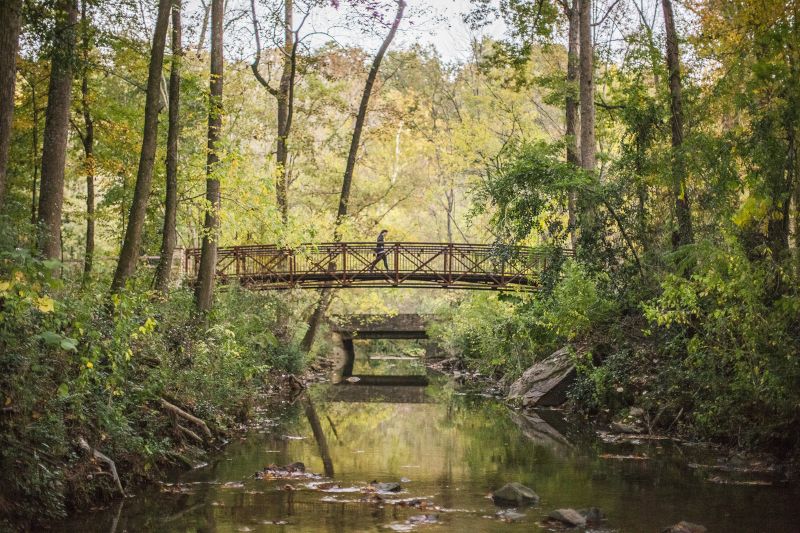 According to Dana Hazen, Mountain Brook’s Director of Planning, Building and Sustainability, the city helped to resolve some long-standing stormwater management issues before Evans could proceed with construction on the Lane Parke property. “There’s a creek adjoining it and a culvert that went through the middle of it,” she notes. “So, historically, we had a lot of flooding in the area and we needed to find a solution to the flooding problem.” City Manager, Sam Gaston, says, “The city received a FEMA grant and we enlarged the culvert in that area and did some other drainage improvements so that John could take some property out of the flood zone and build.”

While, historically, the zoning laws in Mountain Brook have prohibited much mixed-use development, favoring single-family homes in the residential enclaves, and stand-alone retail/commercial in the village centers, there has been ongoing discussion among the public and city officials, over the years, to change the abiding paradigm. “We have a lot of retired people here in Mountain Brook who want to downsize, but they really want to stay in Mountain Brook,” Hazen reports. “We hear this a lot at public hearings – people come and support some of the multi-use projects and rezonings that we have because they’re looking for an opportunity to get into one of the villages where they can walk to eat or go to the park.”

As of now, the three historic Mountain Brooks villages do not allow for residential use over retail. Cahaba Village, one of the city’s smaller commercial villages, and home of the first Whole Foods grocery store in Alabama, does allow it, as does a small mixed-use project on the corner of Dexter and Vine, called the Vine Street Transitional District. “It’s meant for a specific area in the city that is a transitional zone between the core villages and single-family homes. That particular district does allow a mix of uses,” says Hazen. “It’s a small lot that has office space on the street and three townhomes in the back. They’re not above retail, but they’re all incorporated in one building. Cahaba Village is what people think about when they think about a true mixed-use residential over retail. That’s the only one in the city that we have built out that way. Lane Parke is also considered mixed-use, but everything is free-standing; the apartments, the hotel, the retail are on their own footprint.”

In order to help mitigate traffic problems near the new Lane Parke development, in conjunction with the City of Birmingham, Mountain Brook is planning a new roundabout project at the intersection of several roads that come off of U.S. Highway 280 on the western edge of the city. “Hopefully, it will alleviate some of the traffic congestion that we currently face in that area,” says Gaston. “The Birmingham Zoo and the Botanical Gardens are nearby, and John’s development is right across the street. We’ve looked at this intersection many times, and the only solution to help keep traffic moving and prevent some of the congestion is a roundabout. The engineering and design are underway and we’re looking forward to starting that project in another two years.”

Meanwhile, Gaston reports that Mountain Brook is also intent on tying its various neighborhoods and village centers together as much as possible, while also providing the types of amenities that keep residents out on the streets and out of their cars, altogether. “We started putting together a Master Sidewalk plan in ’93-94, and we have 45 miles of sidewalks and walking trails, linking all of our churches, schools, parks, and commercial areas,” he states. “And we’ve got two or three other sidewalk projects that we hope to do.  Plus, in our commercial areas, about 20 years ago, we added decorative street lights, new sidewalks, streetscape furniture, potted flowers, and light pole banners.” The city also recently built a pedestrian bridge on the part of the Jemison Park Nature Trail that traverses Shades Creek.

In a bid to keep the community as green and sustainable as possible, all the decorative street lights that Gaston mentioned have been converted to LED. “Also, we usually have the highest recycling participation rate in the state at over 70 percent,” he adds. “We have leaf pickup during the fall – the leaves are picked up by waste management and taken out to our old public works facility where they are made into compost. We sell some to contractors and if you’re a Mountain Brook resident, you can get a load for free.”

Hazen says that the city has tried to make sure that its zoning and stormwater ordinances are promoting sustainable practices, as well. “Our ordinances take into account stormwater and runoff; primarily in residential, where we don’t allow you to cover the lot with impervious surfaces,” she maintains. “We have a certain percentage that you can make impervious depending on the zoning district; the biggest one allows 40 percent impervious area for residents. We have other zoning districts that allow less than that. And we work with home owners to promote them to use pervious pavers in different ways to mitigate runoff within their development.”

In The Official Guide to Mountain Brook, Mayor Stewart Welch sums up the charms of the city as follows: “Few small cities, apart from ours, can boast a nationally-acclaimed school system, an award-winning library, an urban trail system, copious local dining and shopping establishments, a luxury hotel, and five well-manicured parks. Businesses are thriving, real estate is booming, and our Villages are as handsome as ever. Most importantly, our city officials are unparalleled in quality, and our residents are unrivaled in friendliness. Come see what all the hype is about; I feel confident you’ll fall in love with our community just like I have.”

WHERE: Jefferson County, southeast of Birmingham