Regional District of Kootenay Boundary, BC

A tale of two regions

Business View Magazine interviews representatives of Regional District of Kootenay Boundary for our focus on Economic Development in British Columbia.

It was dreams of gold that first lured travellers to Boundary Country, a mineral-rich land in the Thompson-Okanagan Region of British Columbia where the 49th parallel marks the Canada / US boundary. The forested mountains, rolling ranch lands, and lush valleys, woven together by the Kettle River, continue to draw visitors to this enthralling Canadian landscape. In the midst of all this natural splendor lies the Regional District of Kootenay Boundary (RDKB) – incorporated in 1966 and home to almost 32,000 residents. And while the gold rush is gone, today there’s a wealth of new business opportunities inspiring people to stay. What makes the story truly unique is that the east and west sides of the RDKB are, quite literally, divided by mountains; it’s a fascinating tale of two regions.

Van Horn: “The Lower Columbia Initiative Corporation has spent a lot of time in the last nine years, from an economic development standpoint, identifying our assets in the east side of the Regional District of Kootenay Boundary. We have a diverse group of communities from a world-famous ski hill in one to the world’s largest integrated lead-zinc industrial smelter in another. In identifying our assets, there was certainly tourism, but global leadership in metallurgical and advanced materials is our key asset and our differentiator. For years, we tried to hide the fact we had this huge smelter in the middle of our region, but, in reality, it provides a life for most of us.

“My biggest deliverable was to increase the visibility of the region; that was what our stakeholders wanted from the economic development office. So, we came up with a strategy called Metal Tech Alley, which is all about all about clustering those assets in the metallurgical and technology sectors. And technology workers – one of the biggest advantages is that people can live in our communities and work globally for big players like NASA, Amazon, and Google because they’re well connected, digitally, in my specific region. The regional hospital is here, as well, and we have more PhDs per capita than any other region in the province. Having a Fortune 500 company like Tech Metals as our smelter – they require a high level of education and expertise, and they grow our economy in terms of a highly skilled workforce.

“Metal Tech Alley took five years to get going and a lot of hard work and grant writing and funding requests. Along the way, we realized that all the business community had the same target market – looking for engineers, technicians, technologists, software developers. So, it made sense for them to pay our economic development office to market the region, rather than them doing it individually. In the last four years, we’ve raised $2 million – half from the private sector and half matched by the province – to drive and market the Metal Tech Alley branding initiative.” 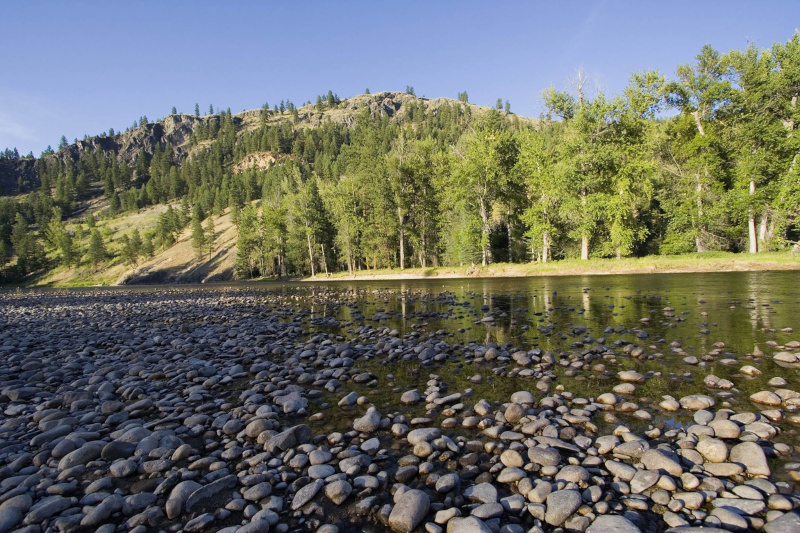 BVM: And what’s happening on the west side?

Wetmore: “Community Futures Boundary is a regional organization that’s been in operation for 27 years and is responsible for economic development activities from Big White to Christina Lake – a broad geography with a population of around 12,000, spread out in a rural region. As far as highlights: This is an agricultural region and culture; local food production is the tie that pulls us all together. That’s apparent when you enter the Boundary region and we’re always looking at ways to better support that economic driver.

“Our region, definitely, has affordable housing prices. And significant recreational facilities, including Big White ski hill at one end and Christina Lake at the other, which brings a huge amount of interest from the tourism sector to the region and provides a much-needed boost. We have a long mining history that comes and goes on a boom/bust cycle, but it is a part of the geography and economic piece of this region. This is a highly resilient area. Because of its location between two mountain passes, and not a lot of provincial and federal attention being paid to it until recently, we rely on each other to get things done and it’s created a huge opportunity. On another note, in May 2018, we went through the most impactful flooding event in BC’s recent history. But watching this region move forward from that has been a real source of pride for all of us.”

Russell: “A century ago, the west side town of Grand Forks was one of the biggest non-iron smelter in the world. It’s an interesting connectivity from this agriculturally-focused west of the region to the current face of the east side, which is characterized by tech and the modern metallurgical end of the spectrum. Looking at those long-time core economic drivers in the region, like mining, and now Bitcoin and cannabis are two focal areas for economic development in the Boundary side of things, it’s interesting how the newer entrepreneurial industries are coming up to fill some of the spaces left behind in resource communities like this, that were historically dependent on mining and forestry, trying to add value to those domains and more resilience into our economic systems.

“The Christina Lake area has a very large Bitcoin mining operation, with up to 80 megawatts of power through their substation, which is independent from the community power grid. In terms of climate, the Goldilocks Zone we have, which is ideal for Bitcoin mining, is the same reason we have a lot of nurseries in Boundary because we have just the right temperature for trees to grow, quickly. That is also a reason so many people come here to visit and want to stay. We have a lot of young professionals moving into our communities because they want to be here and then trying to figure out how they can make a living – whether it’s telecommuting or creating a new entrepreneurial operation.”

BVM: Can you elaborate on the cannabis sector?

Russell: “We’ve made a name for ourselves over the last few decades; this part of the world has a well-founded reputation for growing good cannabis and now, with legalization, it’s opened the doors to a much broader economic development opportunity around the ongoing production, as well as processing and marketing of those products. We’re seeing very large operations move in for production, but there is also a lot of opportunity in that processing domain; for instance, investors that are seriously looking into the development of dried fruit infused with cannabis.

“There are a lot of examples like that of opportunities that add value in the agricultural sector that then spins off parallel businesses. We have the name, already, and now we’re poised on how to maximize value from cannabis production processing, and especially the craft cannabis end of the spectrum, which is similar to where the microbrewery industry might have been 10 or 20 years ago in this part of the world. There is a lot of enthusiasm and support from local government to facilitate that industry development.”

BVM: Is ‘green’ sustainability being addressed?

Van Horn: “The smelter’s biggest export is lead and zinc – most of the metal they extract is coming from their own mines in Alaska to Trail. And they’ve developed the infrastructure for a rail line to ship to the U.S. faster, so now all our businesses can use that rail line. It’s a clean way to transport without putting more trucks on the road. We also have an airport with flights from Trail to Vancouver several times a day. So it’s amazing to be in the mountains and have incredible access to the U.S. and global markets.

Russell: “That’s a good example of how sustainability is part of the culture in this part of the world, where we’re, simultaneously, championing environmental stewardship parallel with economic development opportunities. The metallurgical piece is one. This region has led the charge in terms of designing and implementing programs such as rural organic diversion from landfills and we’re on the cusp of new projects to ramp that up, including better management of our waste stream.”

BVM: What is top of the agenda for the Kootenay Boundary going forward?

Andison: “The diversity of this area – it really is a tale of two regions: a region divided by the Paulsen Summit, which is the east west height of land between the Boundary and the eastern portion of the Regional District of Kootenay Boundary. Both regions have different economic and cultural histories, but they’re each capitalizing on their assets and working toward the emerging economy.”

What: Diverse District with many communities; pop. 32,000