St. Clair Township, Ontario may not be a well-known municipality to many, but for those who want to work hard and play harder it offers more than a lot of larger cities nearby. The municipality is home to a huge industrial base and the many industries it serves need people to maintain and run those plants. Jobs are a huge incentive, but most of the younger demographic don’t just live to work. In that regard, St. Clair Township has young families, singles, and couples covered when it comes to entertainment and maintaining a positive work/life balance. They offer a wide variety of recreational activities, both on land and on the water, with a river, a municipally run golf course, and a ton of festivals.

John Rodey, the Township’s Chief Administrative Officer admits that the outdoor recreation aspect of the town should make it a tourist haven, but accommodations are lacking and a hotel would be a nice addition. He notes, “We have a good recreation base, in a sense that the St. Clair River flows along our entire western boundary from north to south and we have 12 waterfront parks that give us access to the St. Clair River.” The St. Clair River is an international boundary and a busy shipping lane, so people can enjoy a fabulous view across the river to the U.S. with the large freighters passing through. The river also offers a few different islands on the Canadian side that are ideal for swimming, boating, and enjoying the beach.

Although the municipal offices are in Mooretown, the largest community of about 6,800 is Corunna. It was once a contender to be the capital of Canada, but the idea was scrapped as some considered the location vulnerable to attack because it is too close to the American border. At the time, invasion from the Irish Fenians was a possibility and a threat to the British colonies. A small stone cairn stands along Baird Street, near the north-south train track, marking the spot where survey crews proposed to build St. George’s Square, a site intended to house the nation’s parliament buildings.

In these days of migration from larger urban centers, St. Clair Township is becoming a desirable area to live and plans are in the works to build more subdivisions to attract families. The municipality is pushing toward upgrading infrastructure, upgrading their water management systems, and they are actively thinking about climate change and preparing for a bright future. As Rodey shares, “There’s a never dull moment!” 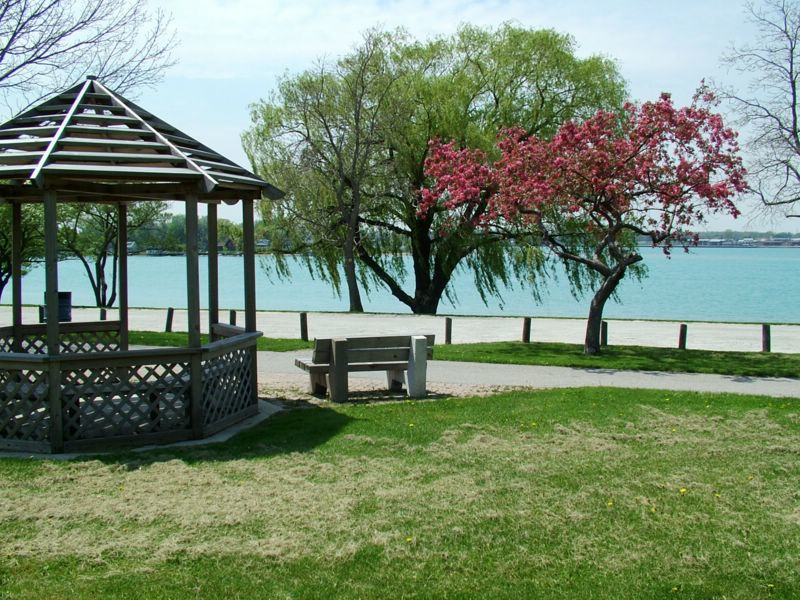 Many residents commute to work in nearby Sarnia, but there are three industrial plants owned by NOVA in the Township which are the largest employers. There is also a Shell refinery and a Suncor Ethanol plant. These companies have created many different economic streams in terms of maintenance and consumables, so there are a lot of jobs available. In fact, NOVA has doubled the size of its polyethylene plant with a $3 billion project that should be up and running in 2022. We are home to the Lambton College Fire School which trains industrial Firefighters from all over North America. CF industries is also located in St. Clair Township and produces agricultural Nitrogen as well as DEF, which helps purify the negative effects of diesel exhust.

With that in mind Rodey says they are gearing up to expand, and in a country with a housing crisis, this could be a place where families could settle. He notes, “We do have a significant housing market primarily because of our industrial base. We have a significant number of lands designated for residential development.”

On the green front, the Township has worked to implement sustainability measures, including converting more than 1,600 street lights to an LED system. Safety is also a priority. Because the community hosts a lot of hockey tournaments, they are in the process of upgrading the ammonia refrigeration system at the arena to a more health conscious system. Rodey reports, “It’s always been the goal of the township to reduce that potential safety hazard. Many arenas have ammonia as a refrigerant, but not only do we use it as a refrigerant, it’s also what’s pumped under the ice to cool it and so we are moving to a brine system which has less issues from a safety standpoint.” The project is underway and the first of two phases has begun. Completion is scheduled for this winter.

Each of the smaller communities within the municipality are very walkable and bikeable places. The River Front Trail along the St. Clair River is one of the jewels of the Township. The trail was designed to follow the river, giving walkers, runner, cyclists, and families a great view of the river and it is paved. In the section where it runs along the roadway, the shoulder was extended to accommodate people, but most of the trail is off-road. Rodey boasts, “It’s one of the township’s well-loved recreational assets. It does get a lot of use and it’s tied into the provincial trail system.”

Throughout the COVID-19 pandemic people were working from home exclusively, or more frequently, and it was a bonus when the Township was given a SWIFT (Southwestern Integrated Fibre Technology) grant to upgrade their internet. SWIFT is a non profit municipally-led broadband expansion project created to improve internet connectivity in underserved communities and rural areas across Southwestern Ontario. Rodey acknowledges, “There is some fiber in the community and others have access to towers, certainly in some of our rural areas it is still difficult to provide 100 percent coverage obviously because of trees.”

In the last 10  years, the Township has expanded and upgraded their sewage treatment plant with a $35 million project, and another $1.2 million to upgrade those systems in the last few years. The council is currently working toward an asset management study with a report on the effects of climate change on the municipality’s infrastructure. There is an issue with flooding in the southern areas of the Township because the shoreline is lower, but this year a surprising thing happened. 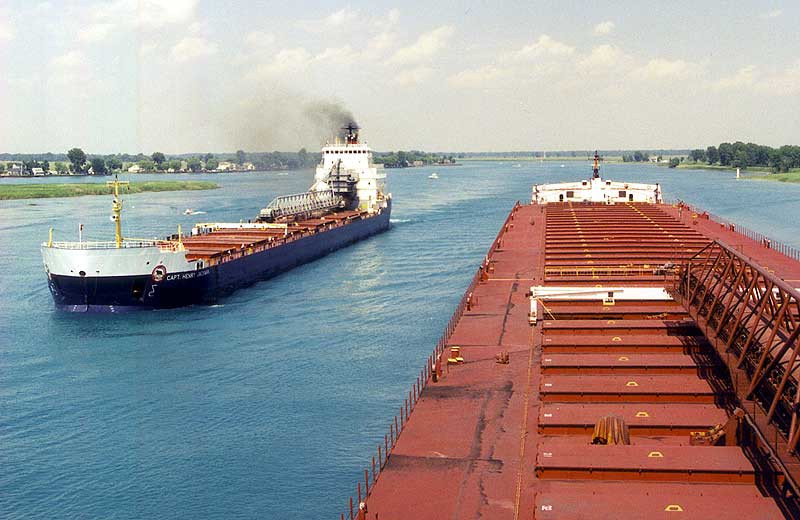 Rodey explains, “This year we found that the water levels probably dropped by about 18 inches, which has had a significant impact. Last year we were providing sand bags to people to try and protect their property. That seems to have dissipated this year, so there’s been less of an issue. We sometimes do get an issue on the river when the wind comes up from the wrong direction and it pushes the water back on the property and that’s happened in a couple of storms this year.”

In the next five years, Rodey hopes to focus on water infrastructure because the community’s water mains are from the 1960s and ‘70s. He relates, “We’re at a point where that infrastructure is in excess of in some cases of 50 years old and needs to be replaced. So we have a significant number of water mains, for example, that are the old ductile iron that have to be replaced.” The Township’s water comes from through Sarnia and it’s important to ensure that residents and businesses have more than one supply. He adds, “It’s basically a major trunk that comes down, but we’ve had some issues in the past. So we’ve been looking at it for years trying to twin that water main that provides the bulk of water to the Township. I’d like to see that completed.”

With such a great combination of forward-thinkers, friendly communities, and natural wonders, there is no doubt that St. Clair Township is destined for a prosperous, productive, and happy future.

Where: On the St. Clair River in Lambton County, Ontario

Air Products is a world-leading supplier of hydrogen and hydrogen mobility solutions with over 60 years of experience. As Canada’s leading supplier, Air Products delivers safe, reliable, and cost-effective hydrogen by working across the entire value chain, from production to distribution and fueling. The company’s technologies are used in over 1.5 million refueling operations annually.